Watching movies with me 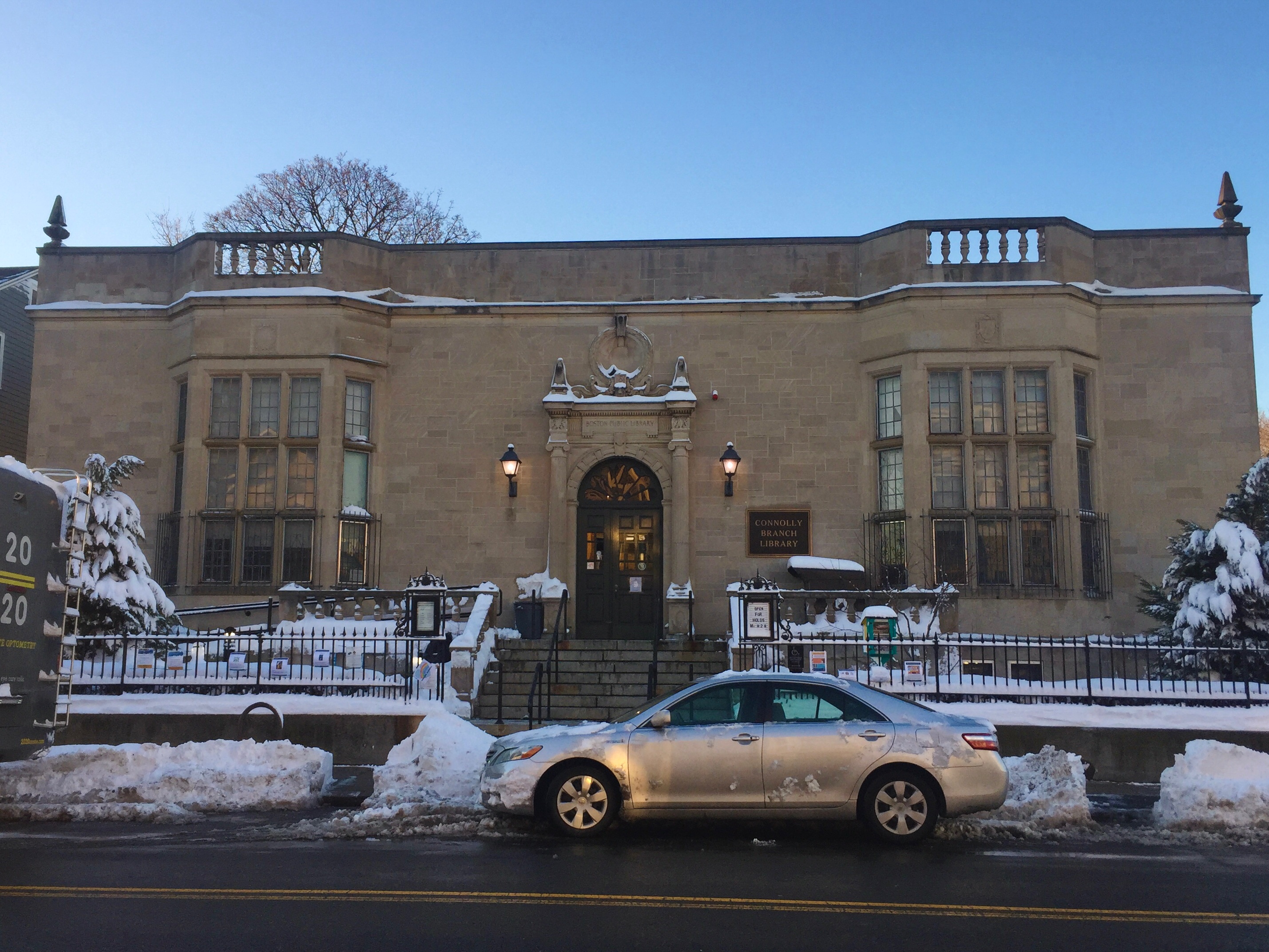 I am lucky enough to have lived next to the Connolly Branch Library in Boston my entire life. I borrow most of my DVDs from here. If DVDs aren’t available at the Boston Public Library, I have to borrow them from a library in Brookline. When this happens, I prioritize those movies because the Public Library of Brookline charges a lot of money for overdue items. The Connolly Branch Library lets people borrow only around 20 DVDs at a time, a rule that has been difficult to follow! 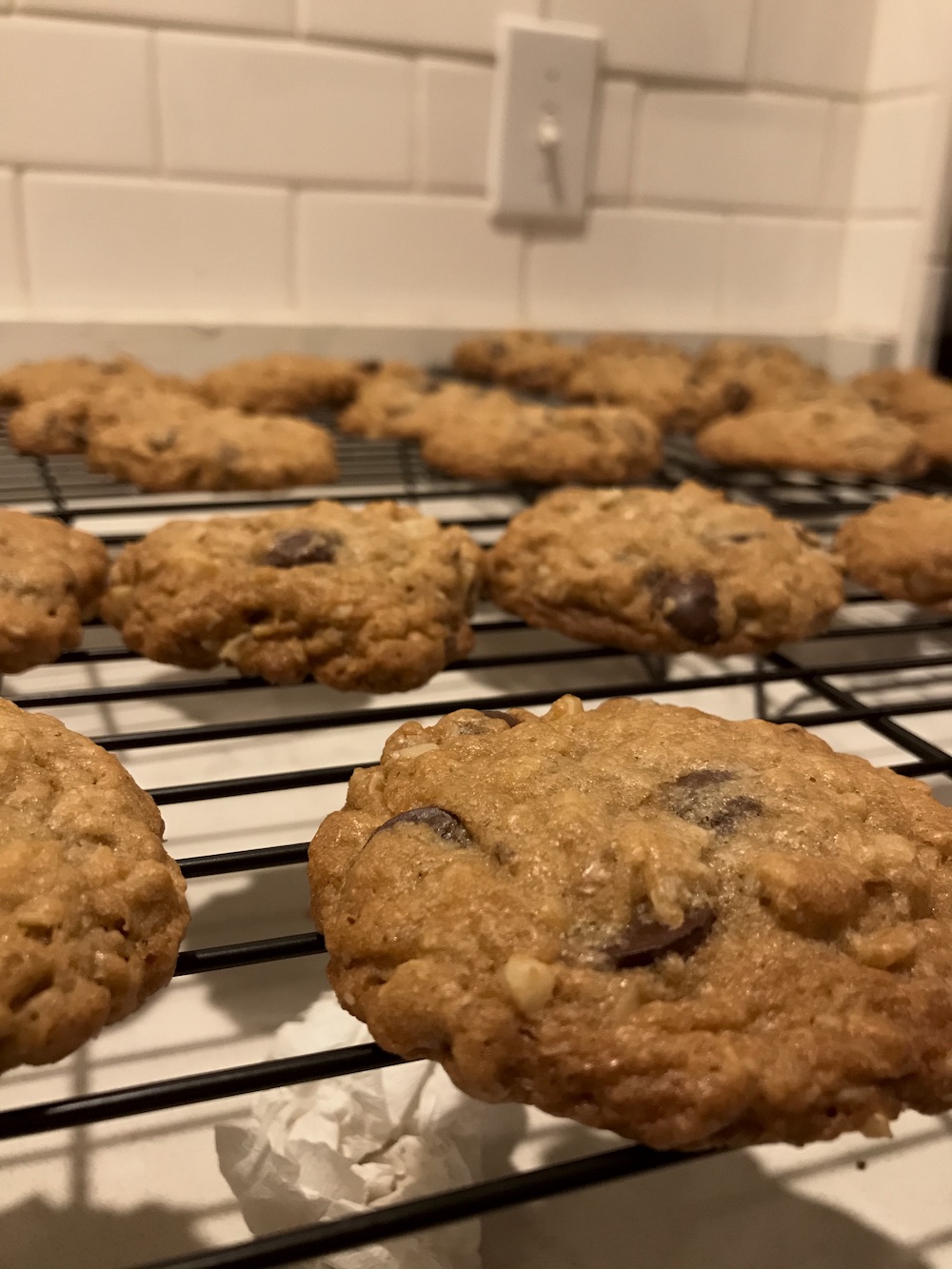 While I watch a film, I usually like to eat something. This week, I baked chocolate chip cookies for my history project, so I’ve been munching at those during movies. Cookies are especially convenient to eat when watching a film because eating them doesn't take away much of your attention from the screen. On the other hand, my dad sometimes sees films while eating a large dinner, and he’s looking down at his food for most of the time and misses many good scenes. 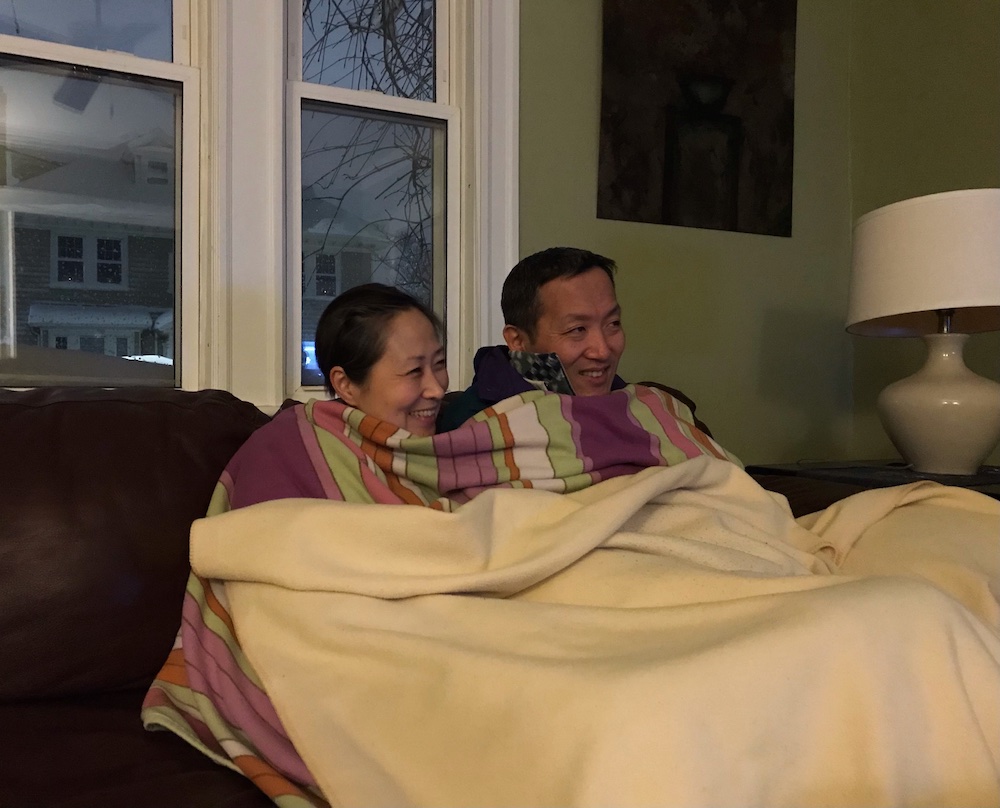 Now it’s time to actually watch the movie! I have two televisions: a smaller one upstairs and a larger one downstairs. I watch most of my movies on the smaller one as it’s cold downstairs. I use the one downstairs when the disc is Blu-ray or if the movie is relatively new with good visuals. Curling up in a blanket on the couch like my parents in this photo is always comfortable, but it also increases your chances of falling asleep. (My parents sleep through about 40 percent of the movies we watch together.) 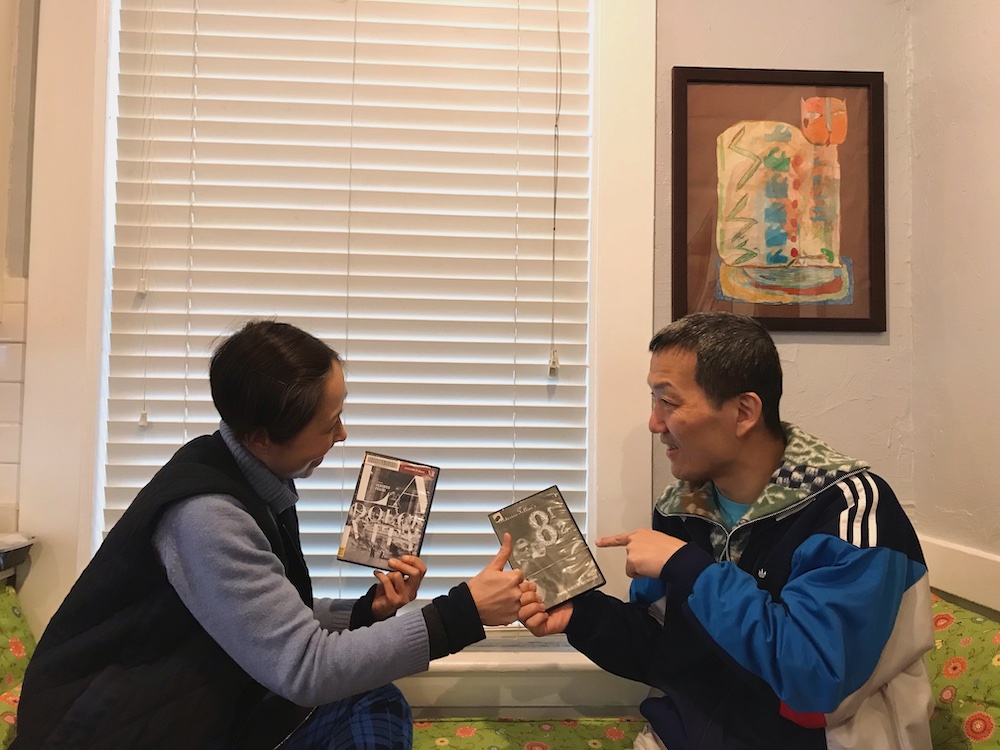 Discussing a movie after watching it is also valuable. It is a chance to state your opinions and argue (which is always fun to do). Featured above are my parents debating over the better movie: La Dolce Vita (1960) or 8½ (1963). It’s also a time for everyone to share things they noticed. For example, when my family watched The English Patient (1996) over the summer, my mom observed an intriguing detail (no spoilers) that the rest of us did not catch, enhancing my understanding of the film. 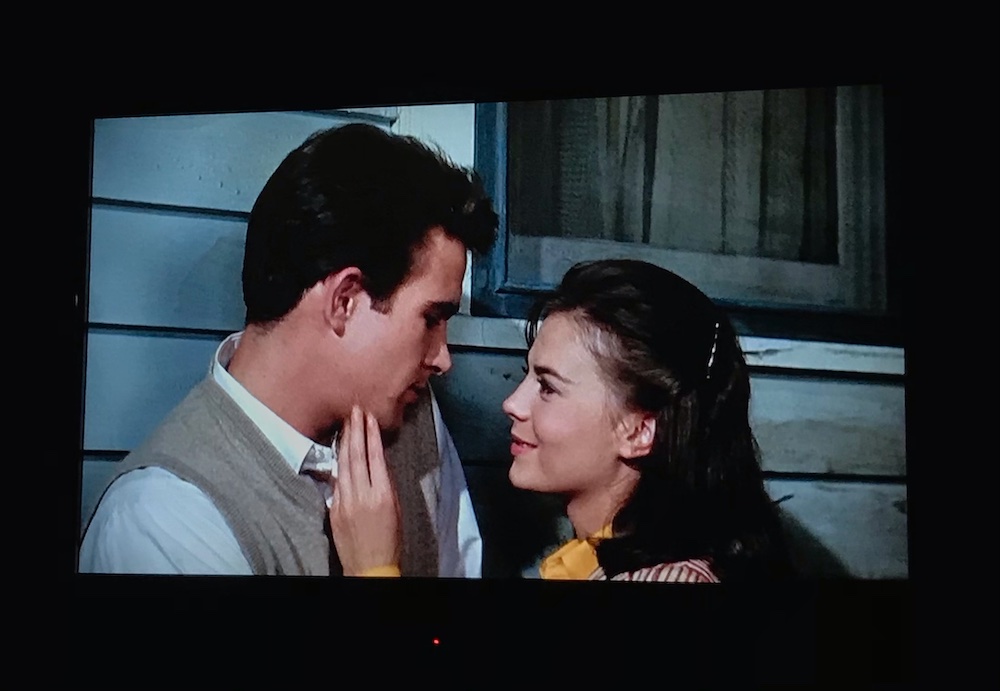 This is a photo of Warren Beatty and Natalie Wood from Splendor in the Grass (1961) directed by Elia Kazan, which I recently watched. It’s not my favorite Kazan film out of the ones I have seen — namely, On the Waterfront (1954), A Streetcar Named Desire (1951), and East of Eden (1955) in the order that I watched them — but that isn’t saying much because I enjoyed them all. I liked that Splendor in the Grass wasn’t what I expected, and I would recommend it if you have time, but it isn’t a must-watch. 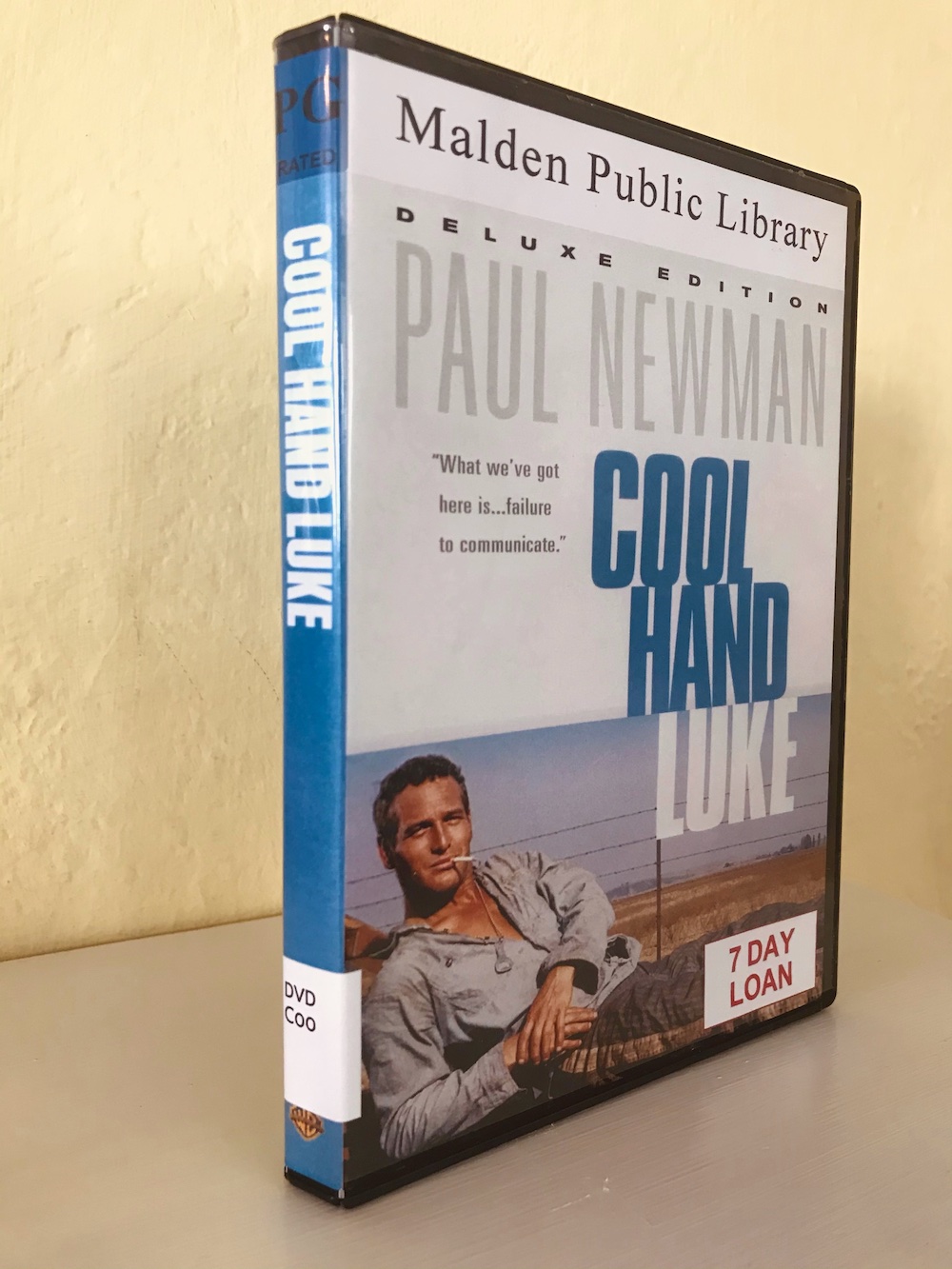 I wanted to watch Cool Hand Luke (1967), but I quickly realized that I would not have time. I like to plan out a schedule for watching movies; unfortunately, it often doesn’t work that way. I’ll probably return Cool Hand Luke to the library without watching it because it’s not a movie for winter break. The movies that I’m watching over break are “scary” movies (including mysteries and thrillers; I have a very low tolerance to fear) and epics, neither for which I think this movie qualifies. Having a plan is critical, but being flexible is even more so. 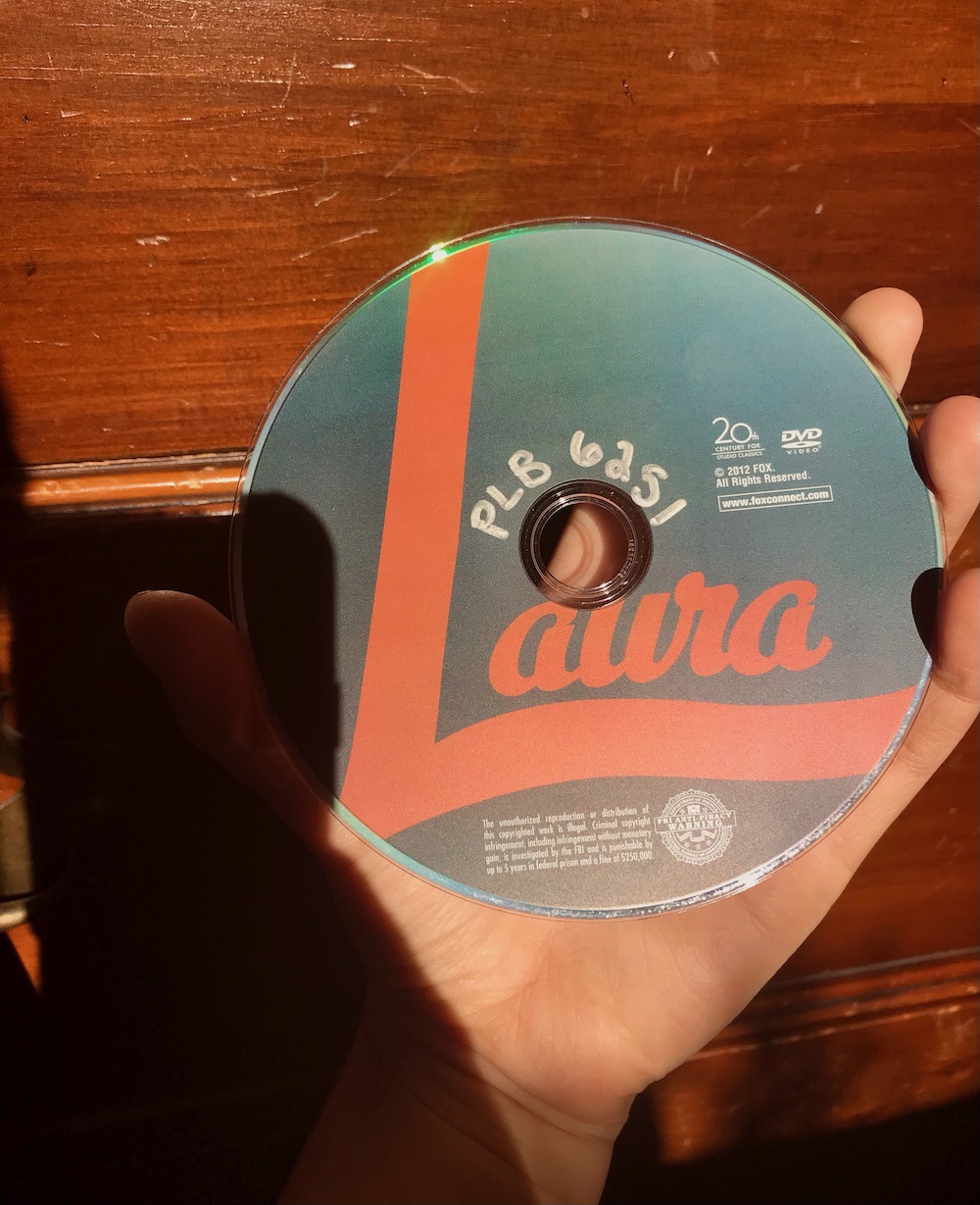 Hopefully, I’ll watch Laura (1944) on Sunday. This is the type of movie I would want to watch over break, as it’s a mystery (meaning I’ll find it scary), but it’s only one hour and twenty-eight minutes long, which is the perfect length movie for a Sunday (Sunday movies need to be short or I’ll feel guilty). It’s also a DVD from Brookline, so I need to return this soon, or my dad will yell at me again for racking up fines. 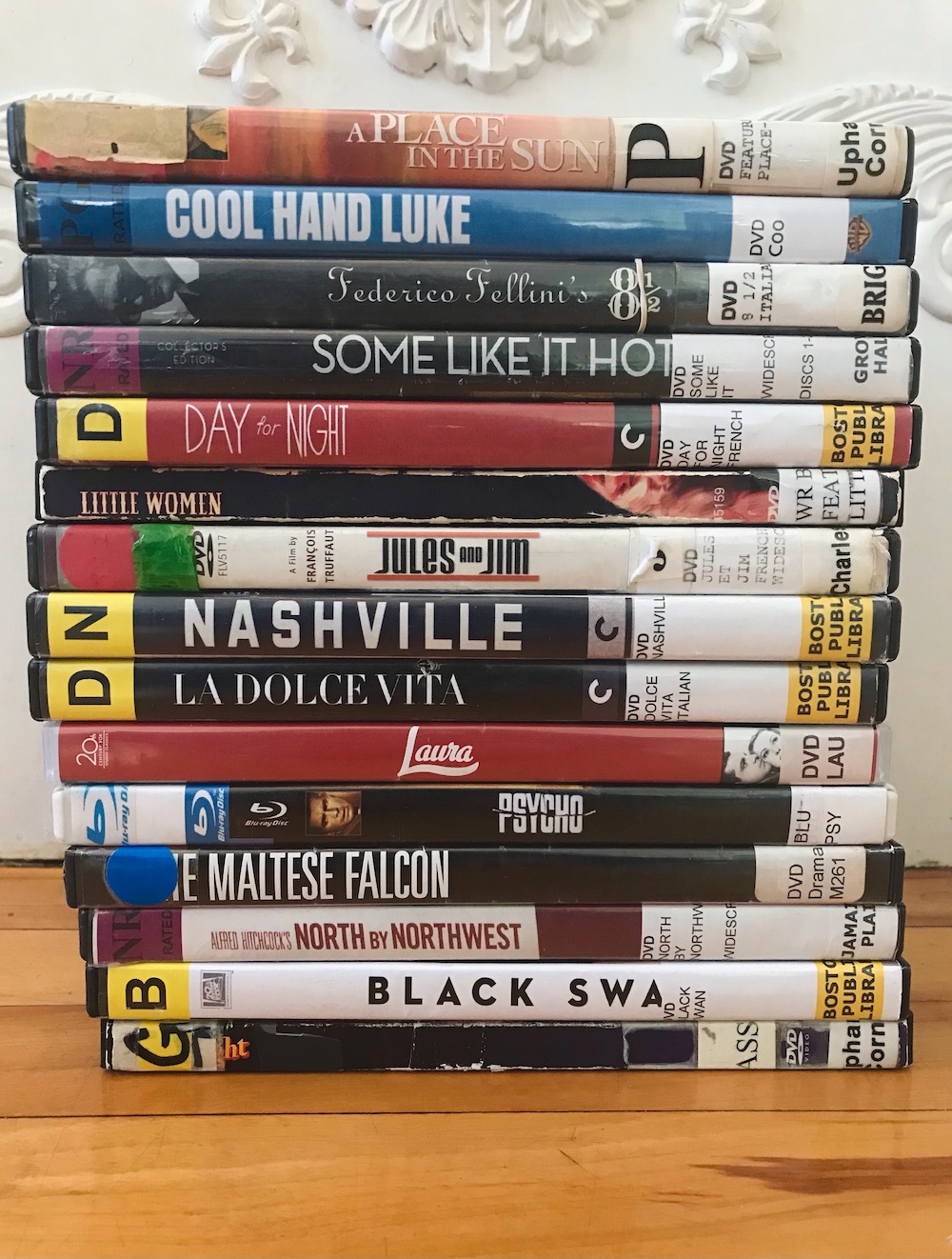 These are some of the movies that I plan to watch over break, except for a couple that I’ve already seen. We’ll see if 11 days is sufficient time for me to recover from all of the terrifying movies on this list. Films not featured here include Fanny and Alexander (1982), The Right Stuff (1983), and All Quiet On The Western Front (1930) — all epics. I’m watching these long movies over break because they’re too long for the school year. I’ll return movies like Some Like it Hot (1959) as they are neither creepy nor long.