Why I appreciate having a busy schedule 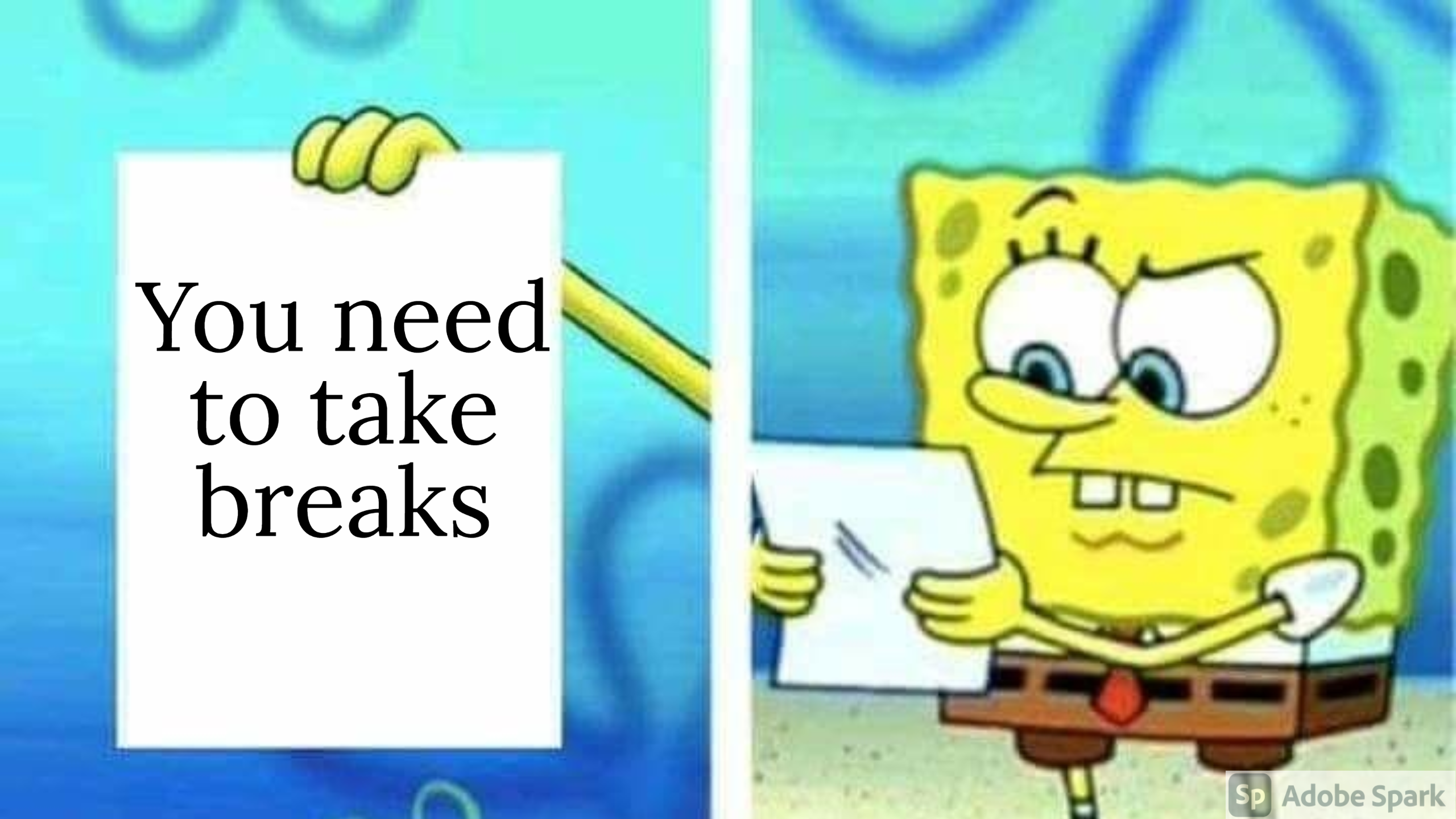 A meme image of Spongebob looking disapprovingly at a piece of paper. The paper is captioned "You need to take breaks." Meme by Justis Porter.

At the beginning of my life, things were a breeze, as they should have been. This was until I was nine years old, and my entire world came crumbling down. I had lost somebody who meant the world to my little nine-year-old self, and that was a lot for me to bear at that time.

From there, I spiraled into various insecurities that only pushed me away from people. These manifested themselves in self-hatred, depression and eating disorders. As my preteen years flew by and I entered “teenagehood”, I had gone through, seen and experienced more than my fair share. I often used the internet as an outlet where I was able to talk to other people and distract myself from my insecurities.

When I was 13, I had no friends, nor did I have enough self-esteem to make any. In an attempt to combat this, I tried to improve myself to be a more fun and sociable teenager like I had always hoped.  I went into recovery, I focused on myself and tried my absolute hardest to not fall back down again.

As months flew by, I was only focusing on myself. This meant that my grades slipped, and my attention for anything but myself was very limited. This eventually led to me having to repeat the seventh grade. This got me down, and I was driven to not fail again. I had given up on trying to “fix” myself and decided to do with what I had.

During the repeated year of seventh grade, I realized how much I actually enjoyed the process of learning and studying. Soon after, the year passed by, and my eighth-grade year finally came. That year I was using school as an unhealthy coping mechanism in order to avoid facing my emotions. I was setting unrealistic expectations, getting minimal hours of sleep and consuming an ungodly amount of caffeine.

However, my mentality of being able to beat the average student kept me afloat. I got into an advanced science class, maintained straight As, got onto the dean’s list and was constantly praised by my teachers. Due to my constant focus on school during this time, I was less bothered by the fact that I didn’t have friends.

Entering ninth grade completely changed the game for me. I had attended an online school for the previous five years, so going into high school, I wanted everything to be perfect. I had planned out having a friend group, being understood by my peers and thriving in high school.

Getting settled into my new school, it was obvious that I didn’t fit in. I had no shared interests with any of my peers, and since I started during COVID-19, it was hard to make friends through a screen. From there, I decided to focus on my studies and only make friends if it seemed genuine.

I eventually reached the conclusion that I wasn’t doing enough, and that school was not the only thing I should be focusing on. So in order to keep myself busy (and my mind off of socializing), I applied for various positions. Jobs, volunteer opportunities, and extracurricular programs were all checked off of my list. I had gotten accepted into the ones that I wanted, and from there, I was busy and happy.

Seeing as my current busy schedule has kept me content, I see no reason to not continue working.