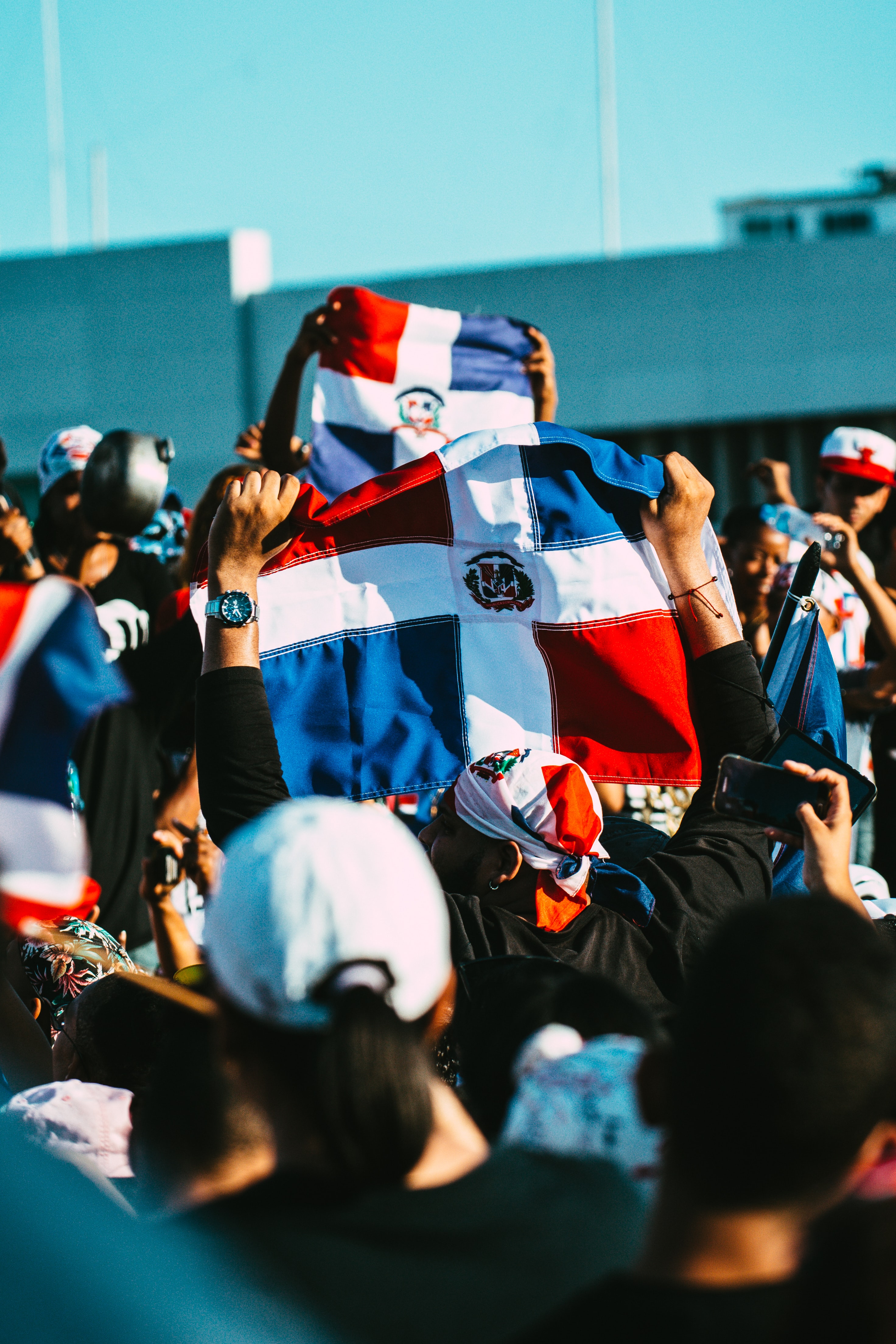 A gathering of people hold Dominican Republic flags in the air. Photo courtesy of Kelvin Moquete on Unsplash.

Back in high school, I would get driven to school by my dad, but one day he had an early shift so I had to take an Uber to school. To my surprise, the driver of the Uber my mom got me spoke Spanish, and he was under the impression that I spoke Spanish too. When I got in he started asking me questions in Spanish. Now, I’m not intimidated by people speaking Spanish in my presence (or the blasting “Vivir mi Vida” by Mark Anthony) but it did catch me off guard.

Utilizing my two years of Spanish education along with other things picked up in life, I was able to field the driver’s questions and respond properly. However, as he continued his questions he began to increase his speaking speed, as well as dropping obviously local vocabulary from his homeland. This is when I started not knowing what to say.

Instead of asking him to repeat himself or shrugging it off or just asking him what the word meant in Spanish, I said in English, “Sorry, my Spanish isn’t that good.” It was probably the stupidest of the options, and I think it might have suggested to the guy that I didn’t know what he was talking about the whole time, which isn’t true. He didn’t talk to me again until he said goodbye, in English, when he pulled up to my school.

The worst part of this happened shortly into our period of silence. The driver not so subtly switched the channels on his radio. Okay, no big deal, I do that too. However, he switched the channel from Latin American music to country music. I think the genre speaks for itself.

The driver who was previously tapping his fingers on his wheel and making conversation was now emotionlessly conducting his vehicle as he played comparatively dull country music. I was in awe. At first, I was surprised this man preferred country music, but then it hit me that he must’ve thought I was white.

Spoiler alert: I am white, but it’s not that simple. When I first got in the Uber and the man started in Spanish I was surprised, but I also wondered why he would be under the assumption that I spoke Spanish. I don’t “look” Latino after all. I came to the conclusion that there must be some sort of option to choose a language for Uber, something I have yet to do myself. My mom uses Uber occasionally, most often to get rides for her aunt who only speaks Spanish. I deducted that my mom must’ve accidentally requested a Spanish-speaking driver.

As I continued to mull it over on the way to school, I didn’t know how to feel. Should I just find it funny that he associates country music with white, English-speaking people, or should I be offended that he associated my intermediate Spanish with xenophobia? Well, today I mostly find it funny, but it is interesting the way he perceived me to be so white that I didn’t want to listen to his music or hear his language.

For context, my father was born to an Irish-American father and an Italian-American mother. He was born and raised in Boston. My paternal family speaks English and they all have light skin. My paternal family is middle class. My mother was born in the Dominican Republic where she lived for her entire childhood. English is my mother’s second language and her family speaks Spanish almost exclusively. My maternal family is lower-middle class and some are in low-income housing. Growing up, I was surrounded by these two different cultures and while my mother raised me and my sister as Dominican children, she didn’t really speak to us in Spanish — it was only for commands. This, coupled with my shyness, resulted in me not knowing much Spanish at all.

Regardless, I was still culturally raised as if I was Dominican. Growing up, I was surrounded by my Dominican family and most of the holidays are spent with them. And while yes, I spent lots of time and many holidays with my white family, culturally I feel more aligned with my Dominican side.

People don’t often assume I am Latino, and that doesn’t bother me because no one should assume who you are or where you come from. However, people are quick to write me off as just a white guy, and this is the case for many other Latinos.

This is the result of colorism in the Latino community. Colorism is when members of the same racial group are treated differently based on the color or tone of their skin. The most common example is that in the Black community, African Americans with lighter skin are often considered “better” than darker African Americans. Latinos also deal with this similar issue, but for Latinos on both extremes of the skin tone spectrum, we also have to deal with expectations society has for our appearance, namely skin tone. In the United States “Latino” is not a race, but rather a cultural demonym for those who are immigrants from a Latin American culture or descended from Latin American people(s). Many Latinos are Hispanic, meaning they descend from Spanish colonists and other residents of former Spanish colonies. Additionally, many Latinos can trace their ancestry to African or Indigenous groups due to the Atlantic Slave Trade and interracial mixing with the Indigenous populations of the former Spanish colonies. However, you need not descend from any three of these racial groups to be Latino.

One of my friends’ family comes from Lebanon, but his maternal family first emigrated to Venezuela and that’s where his mother spent much of her young adult life. When she moved to America and started her family, her kids were raised on Arabic and Spanish, Venezuelan food, and Latin American values. He doesn’t descend from any of the three aforementioned racial groups, and yet, he is in so many ways a Latino. Because he has a darker complexion, many people would not bat an eye if he said he was Latino. Another one of my friends is completely Dominican, maternally and paternally. His skin color is very dark and he also identifies as Black. At first glance, people assume he is just Black, not knowing he is Dominican or even Latino. While he takes much pride in his Black identity, such a crucial part of who he is as a person is never considered.

Additionally, in the online Latino community people are quick to dismiss white and Black people as Latinos. While Black people can be accepted by this community, the darker your skin color is, the harder it is to be accepted. On the other side of the spectrum, one example I remember clearly was a Mexican girl being bullied online because she had blonde hair, blue eyes and white skin. Additionally, she was pridefully Mexican, which didn’t sit right with people. Because we have been conditioned to associate being Latino with being tan (light or dark), we can exclude members of the community. Countries like Argentina, with a vast majority of people of European-descent are also Latin American countries.

This social issue is just one example of American racial ideas being applied to other countries. In many of these Latin American countries, the concepts of race are not even remotely present in the same way they are in the U.S.. Latin American countries typically suffer from colorism and classism, but because vast swaths of the population are made up of a mix of European, African and Indigenous blood, a binary racial system does not exist as it does in the U.S.