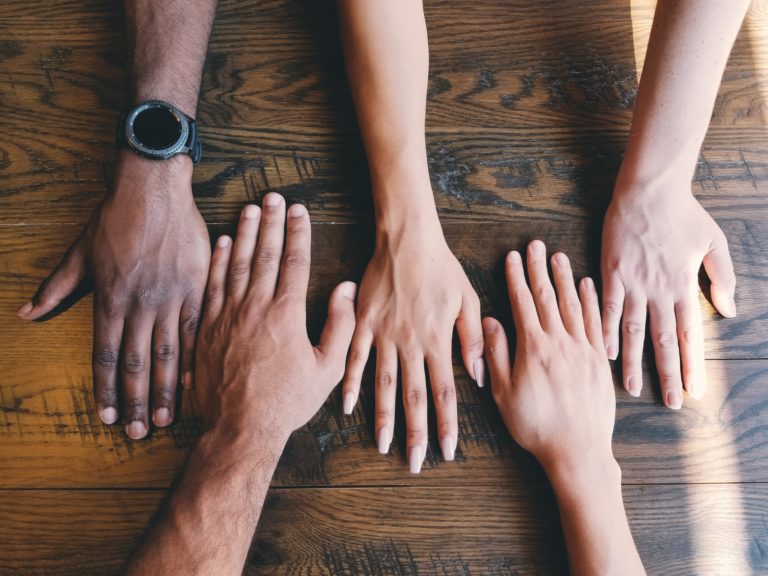 It always feels good to be represented, right? I’m sure you can think of a certain actor portraying someone just like you. What did it feel like when you saw this person fulfill their role to the best of their ability? Did it feel good? Did it feel like your story was being told? Or are you like me, and you realized that the new shade of brown that is on your TV screen is only to satisfy minority audiences? This was a harsh and upsetting realization I came to recently. While I was recently rewatching one of my favorite shows, “Salem,” and it dawned on me that the only Black woman being on the show was victim to constant undermining and scrutiny. It is hard to watch, y’know? Nearly every single character on the show steps out of their way to step on this character's neck to uplift themselves to a position of power. It completely soiled the character’s agency, credibility, and worth. To put it nicely, diversity is useless when it jeopardizes the purpose and agency of the characters.

It is commonly known that people can thrive in environments when they see people like them thrive as well. As Ifeoluwa T. Obayan said in an opinion piece for the Harvard Crimson, “...those who actually end up fulfilling their dreams have the advantage of seeing examples of people that look like them. Knowing there is a lack of representation, at times, colors the consciousness of the few privileged underrepresented minorities that end up on a path toward a bright future.”

When thinking about actors who end up becoming the face of representation for underrepresented minorities in the media, it changes perspective for film and television viewers. As normal people who escape to film and TV streaming services, we can be upset and wish for things to be better for us. But for actors themselves, it must be discouraging to be offered roles that make you and people that look like you seem incompetent and oftentimes hopeless. Not only that, but the actors have to deal with the added criticism of being a character of color on a production with people that are reluctant to work with them. This is where the act of diversity is completely useless. It's like saying I'll bring apple pie to a picnic, but I bring all of the ingredients and say “Well, chow down, guys!” Dude, no. You have to do the work to bake the pie. Similarly, you have to represent people in a light that levels their importance with their white counterparts. THAT is the diversity people want to see.

People of color and LGBTQ+ identifying people don't want to see their representation be added for the sake of adding something new to a show. The entire point of diversity should be to even the playing field. One of the prime examples of a show evening on the playing field is one I was absolutely obsessed with in middle school: “A Different World.”

When I say meaningful representation, I picture the opening theme song of “A Different World.” In 1987, the show aired as a spin-off to “The Cosby Show.” It followed the journey of Cliff Huxtable's second-oldest daughter, Denise, through college. This show displayed not one but varying shades of brown on screen, and it didn't diminish anyone. There was Denise, a free-spirited, middle-class girl trying to do her thing in college. Then we had Dwayne (Cleophus) Wayne, a lower-class, darker-skinned mathematician. There was Whitley Gilbert, the hilarious rich young Black woman from the Deep South. There was Freddie, the fanatical vegetarian, and Kimberly Reese, the crown jewel of my argument.

Kim defied all stereotypes and archetypes that were set up for women like her. She was the middle-class, darker-skinned, biology major. She dealt with valid and serious problems like everyone else, but she wasn’t crippled by stereotypes that would see her the butt of the joke. She and characters like her on the show were never, ever made to be diminished by their lighter-skinned co-stars. Kim is a prime example of meaningful representation. Seeing her in this magnificent show made me feel like everything just clicked into place. This is what we should be seeing more of within the media! Mind you, the “A Different World” was led by Black showrunners, so we can expect a level of respect amongst one race of people. However, this needs to ripple throughout the entire film industry.

We have reached a point where we cannot truly call representation, “representation.” I recently read an article that really hit the nail on the head. In their opinion piece on representation, writer Leonar Fernandez differentiates diversity in film and TV from “genuine representation.” Like me, she thinks that the genuine and equal representation of people that aren’t white, cisgender, and heterosexual in pop culture is important. When genuine representation is not fulfilled in a show or movie with people of color, it is a lot more ingenuine and poorly done. Both Fernandez and I are fans of the same Netflix original series, “The Chilling Adventures of Sabrina'', and while the show is diverse and very enjoyable, it fails to let their diverse characters flourish. Fernandez explained, “Sabrina took the problems of her friends into her own hands. I am not arguing against the fact that Sabrina did what any good person would do and stand up for her friends, but what frustrated me was that her diverse friends were helpless and could do nothing to correct their own issues.” This is incredibly insightful when we think of how the audience will perceive the actions of characters on the show. In the show, Sabrina is nearly the only one who can look out for her friends, and as Fernandez states, this can be good. But viewers who are not open to diversity within film and television will immediately attack the way supporting characters are written to invalidate them being there in the first place. This sort of ingenuine representation is like someone asking you to help cook in the kitchen, but they take all the work and leave you there to stand idle and clueless. Then they’ll turn around and tell you that you are taking space. That is why diversity with genuine representation is important.

Now, of course, some people don’t care or don't want to see this level of genuine representation. It's the same speech I have heard over and over again: “You should just be happy they are there” and, “Representation has become so common it doesn't matter.” To those people, I say: try switching the narrative. Imagine that the Black or Latino or Asian or Indigenous characters in a show gained their status by undermining the agency of a White character. Imagine as a white person, you have to see your favorite character be saved by someone who is not the same race as you. The character you see yourself in and want to excel doesn't get to excel. They excel only to give characters of color the chance to soar. That doesn't really sound fair, does it? To hit the point home or fans of “The Chilling Adventures of Sabrina” out there, imagine if Sabrina couldn't do anything unless Prudence, a Black witch was there to help her. Imagine if Sabrina was powerful, and cunning and clever, only to show how much more powerful someone like Rosalind or Theo is. Doesn't that hurt? To see that even in your entertainment, your people have to work twice as hard to get half of the respect and notoriety. Think about how that ripples through the minds of young minority viewers. They can be powerful, they can be courageous, they can be mystical and all things amazing, but they have to be lesser than their white counterparts and be ultimately saved by them. That is the problem! That is the ripple effect of harmful and racist mindsets. The constant savior complex assigned to white protagonists is the evolved “White man's burden.” Art represents our world, so showing people of color what society thinks of them through entertainment is harmful and makes diversity useless if we aren't going to receive the right kind of representation.

We have to do better by our people. Filmmakers, showrunners and business executives have to listen to this message. If my colorfully worded rant does not break through to you, then think about how your viewership will change within these transformative times. People of color and people of underrepresented identities want change. If you don't give them the chance they deserve, then you won't get the money you want. Genuine representation matters, and it is about time we give that to all the people who make up this country.