There's more than one way to be nonbinary 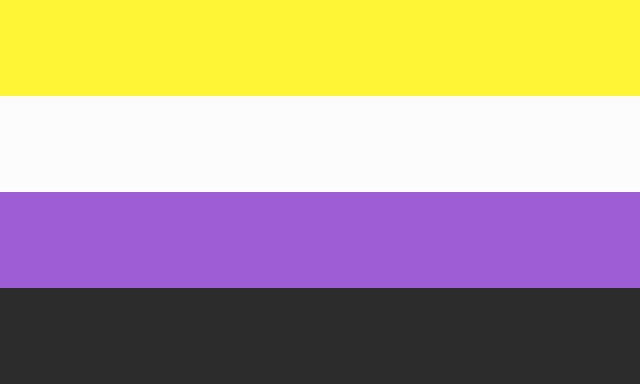 A photo of the Nonbinary flag.

Flat chest. Short hair. Androgynous. All three checked? Then the typical cis, straight person will accept you. Anything else is questioned immediately.

Growing up in a liberal state, I didn't think that anyone would try to invalidate my own identity. Especially here in Boston, where people are strong advocates for LGBTQ+ rights and typically vote Democrat in state and national eIections.

But I was once questioned by someone who was basically asking why I didn't look like what I said I was. The feeling of invalidation slowly crept in like a cool breeze in warm weather. Soon after that I started comparing myself to my nonbinary friends. At the time, they did fit into what they were saying they were ... but not me. I started to question myself once again. I knew I wasn't the gender I was assigned at birth. I also knew that I wasn't the opposite either. It sucked that an identity had to be proven. It felt like a best friend turned into a total stranger — but the entire feeling is towards you and yourself.

If one was to go on Instagram three years ago and look up nonbinary it would be a lot different than what you would see today. The most popular search result would have a person who is the perfect blend of masculinity and femininity with skin clear as day. I looked completely different than what the media told me and eventually that did not stop me from being me anymore.

The media has a huge influence on how people think about others and certain groups of people. It's not only media that plays a role, gendered items in stores and gender roles in everyday life end up shaping peoples ideas about nonbinary people and leaves confusion. There is no “nonbinary section” in the stores yet.

And the craziest thing is, putting one there most likely won’t solve many problems.