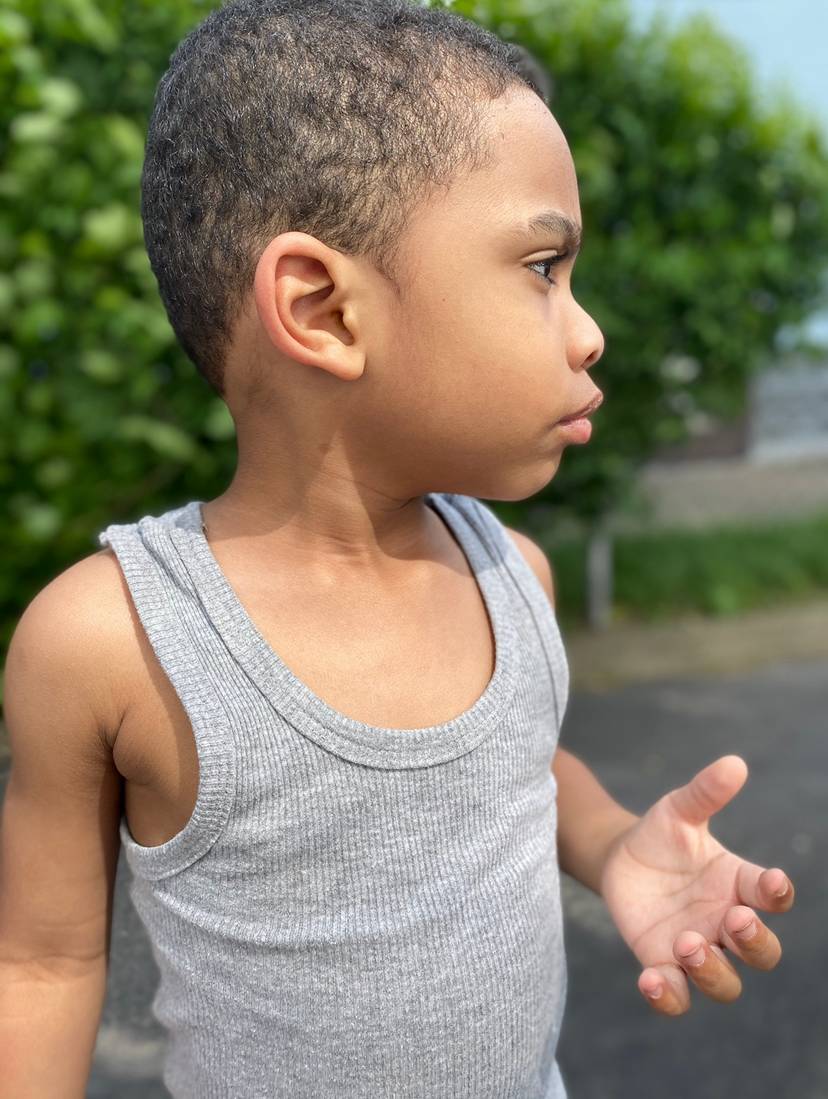 It was a Tuesday morning and the sun was shining as I opened each window in our two-family house. I was sitting on our washed-out grey couch with the fan blowing cool air toward me. I was studying my little brother as he ran back and forth from couch to couch, which is one of his favorite exercises to do throughout the day. He was watching his favorite YouTube channel which consists of nursery rhymes and funky-looking characters. He jumped up and down and clapped his hands every time they did something that sparked his excitement.

My little brother is three years old and has autism. Autism is a neurodevelopmental disorder that occurs on a spectrum, meaning that there are different challenges that a child may face. Some of those challenges could be not being able to talk, getting stuck in repetitive behavior, or problems with social interactions. He’s just like every other little boy and girl; he just interacts differently socially and behaviorally.

Right now he is non-verbal, so he will make noises to go along with the built-up excitement that he has. There are many types of therapy that could help my brother like ABA, which helps with behavior, occupational therapy that helps someone develop life skills they may need and speech therapy. None of the specialists that he needs are able to come to our neighborhood due to high demand and a lack of specialists in that field. A friend of our family lives in West Roxbury and is able to get specialists, but it's not the same in Mattapan. So his seven-letter name sits on a forever-long waiting list.

After watching my brother for a little while, I decided to go and get something to eat. I opened the fridge door and found nothing that piqued my interest. So, I settled for a speckled banana that was sitting on our overcrowded counter. My sister had finally woken up from her beauty sleep and joined my brother in the living room. I decided to stay in the kitchen and catch up on what was happening on social media.

A few minutes later  I heard a huge crash and then horrendous cries. My brother doesn't normally cry like that unless he’s hurt himself pretty badly. Dropping everything in hand, I ran to my brother whose face was red with tears rushing down his cheeks. I asked my sister what happened and she said he tripped. In a panic, I searched his body for any sign of hurt, but I couldn't seem to find anything. As he screamed bloody murder in my ear, I brought him to my mom who was able to calm him down. She also searched my brother's body and found nothing. She asked me what happened and all I could do was repeat my sister's words.

A week later my mother asked me if I could change my brother's shirt. His big brown eyes wandered as I put on a blue-and-white-striped tank top. As I'm putting it on, I noticed a big red graze behind his ear that seemed to be healing up. It took me back as I realized that was the reason why he was crying in such agony the week before. He must have scraped the back of his ear. My heart sank and wished I noticed sooner.

The media makes it seem there's a lot of help for people who have disabilities and I had believed it at first because it was not something I had to deal with until my brother was born. It's sad to think that my brother could have told us out loud what happened if he had the right help. I want my brother to sing his ABCs and 123s. I want him to be able to call our names when he wants something. Now there are even bigger reasons why I need him to talk. Even if he can't use his words to talk there are other tools out there that can help with communication that we do not have access to.  He could have told us what was wrong.

It's scary to think that something more serious could happen to my brother, and we wouldn’t know. Many homes like mine are dealing with the same thing as they hold countless worries on their shoulders.

My family has to wait on services that we never received and were promised to us and many others, all because of our area code.