The relevance of climate change 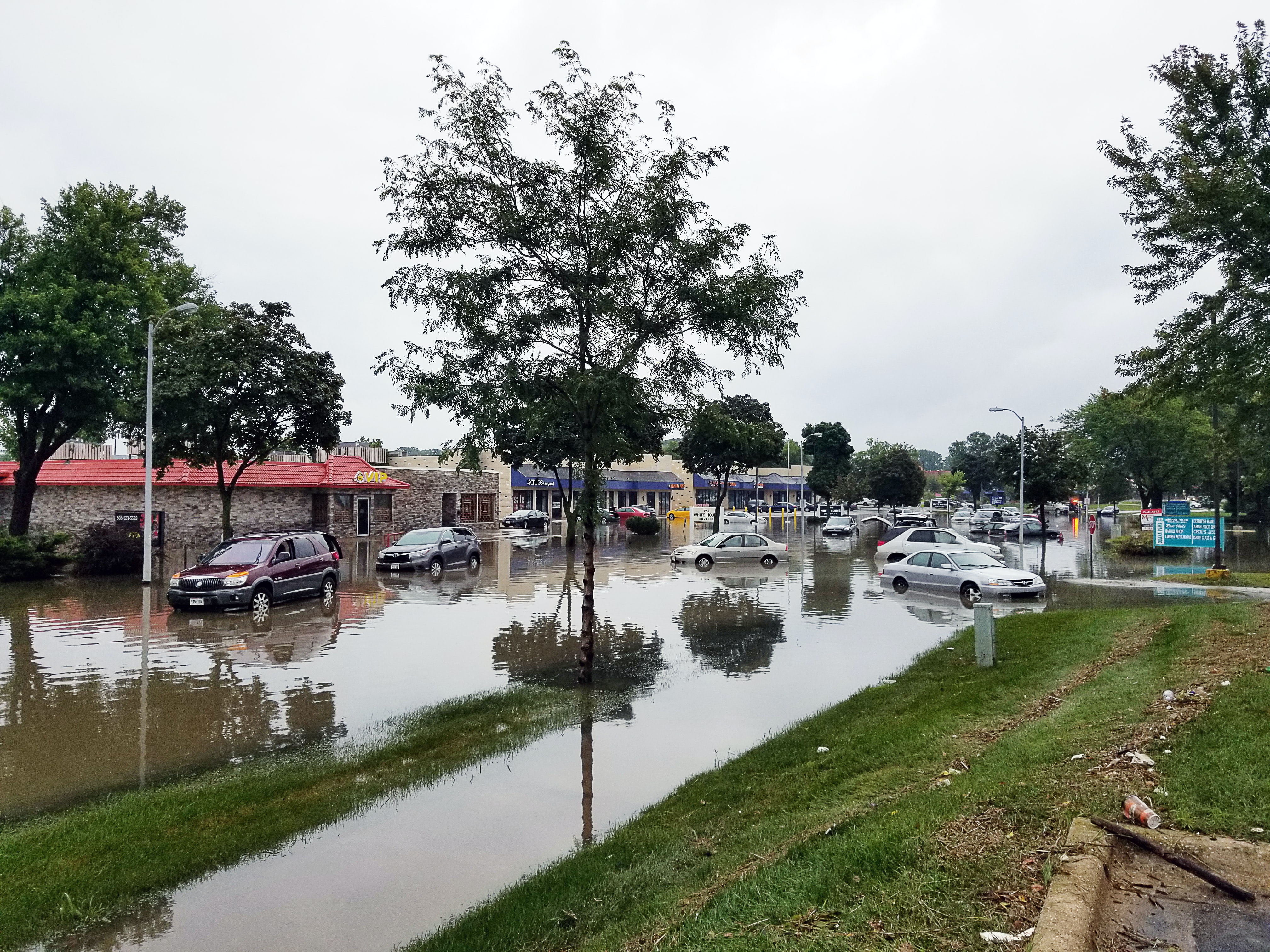 Cars in a strip mall parking lot in Madison, WI, with flooding water reaching the height of half a wheel. Photo courtesy of Jim Gade on Unsplash.

Have you ever noticed that the people's houses affected by floods the most live in low-income areas? Well, that’s a fact you probably don’t hear about a lot, but it is true — climate change is the reason. Also, people of color are more affected by climate change. This is because people of color are more often at risk for air pollution. Many studies explore the differences in harmful air pollution in different ethnic and racial groups, which show that people living in low socioeconomic conditions are affected by this. Those more vulnerable to climate change’s effects include people who lack education, low-income people, or people who live in poverty.

Air pollution happens every day when we burn greenhouse gases and fossil fuels. The simple fact is that climate change is a big problem in the world that affects everyone, whether we realize it or not. You may ask, why do I care about climate change if there is not much I can do about it myself? Well, I believe that if more people were more educated on the topic and could see how relevant it is in our lives, we could come together to find a solution.

Climate change is something that I've experienced. For example, I've noticed that it is harder to find affordable healthy foods at the store. This is because drought and flooding can affect food supplies and distribution. Another way we see climate change in our everyday lives is in changing virus and disease transmission rates, for example, furthering the spread of malaria and the West Nile Virus. It may not seem like it but climate changes play a part in this but it does because as the planet warmer temperatures increase the transmission of vector-borne diseases such as these.

People may argue that winters have been cold, and some of the coldest ones we've had, so climate change isn't real. This, however, is not true because the weather is something that changes day in and day out. Climate, however, includes long-term weather trends. In many places, the trend is being disrupted.