The relationship between Saudis and Americans is ticking away 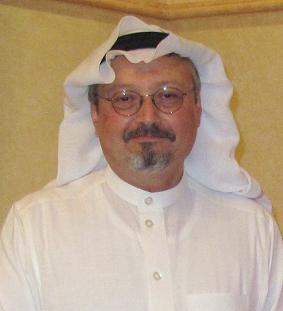 September 11th, 2001. Jamal Khashoggi. The Bin Laden family. The public has witnessed a growth in tensions between Americans and Saudis throughout the past few decades. In the Middle East, as most people know, a lot of fighting has been taking place; however, the issue did not directly involve Americans. Therefore, they could not make any moves without receiving immediate backlash from American civilians. Then came the tragedy that shocked the entire world — the 9/11 terrorist attacks. Airports were met with new policies; the birth of the widely-possessed idea that Muslims have a deep, discriminatory hatred for Westerners; and most relevant to politics, the growing suspicion of Saudi leaders.

U.S. President Joe Biden has made it very clear that he plans on loosening ties between Americans and Saudis for the reasons listed above. “I would make it very clear that we are not in fact going to sell more weapons to them [Saudi leaders] … and make them in fact the pariah that they are,” Biden said at the Democratic Debate on November 20, 2019. And many Americans evidently stand by this decision. A poll by editors of Business Insider in 2019 revealed that approximately 22% of Americans view Saudis as a true ally of Americans.

Additionally, the death of American journalist Jamal Khashoggi — who on October 2, 2018, went missing after entering a Saudi consulate in Turkey — sparked major outrage worldwide as connections between his death and Saudi leaders began to arise. Many American politicians and journalists, along with leaders all around the globe, have demanded that his death be properly investigated so action against involved persons can be taken. Saudi Arabia’s 35-year-old Prince Mohammed Bin Salman has been the center of the discussion regarding the journalist’s death as many, who either looked into the issue or worked with Salman in the past, have supported the idea that he sent killers to take action against Khashoggi. Also in the debate, Biden explained that he plans on punishing “Saudi leaders for the death of Jamal Khashoggi.”

In a film by Frontline producers titled “The Crown Prince of Saudi Arabia,” Khashoggi can be seen on multiple occasions criticizing Mohammed Bin Salman’s approach to power and Saudi Arabia’s government. Reports from the CIA, along with supporting documented proof such as video footage showing a man who dressed like Khashoggi exiting the embassy Khashoggi allegedly was murdered in, have — in the eyes of many — come to a strong enough conclusion that Mohammed Bin Salman was responsible for Jamal Khashoggi’s death. Salman denied that he had any part in his death, explaining in a BBC News interview that “some think I should know what three million people working for the Saudi government do daily, it’s impossible that the three million would send their daily reports … to the second highest person in the Saudi government.” He also ridicules the speculation that according to him “there is no threat from any journalist.” Even following his address, protesters have continued to demand justice for the U.S. based journalist, which has led to the case maintaining its relevance throughout the past two years.

The relationship between the Saudi government and the U.S. government is evidently on the brink of its complete end with the controversial history of Prince Salman and the now lack of reliance on Saudis for oil. The weapon sales between Prince Salman and former U.S. President Donald Trump that he has decided to use for war-related purposes have been questioned by many, including current President Biden, for a considerable amount of time. What does this mean for the United States? And more importantly for Saudi Arabia? It looks like we will have to wait and see.