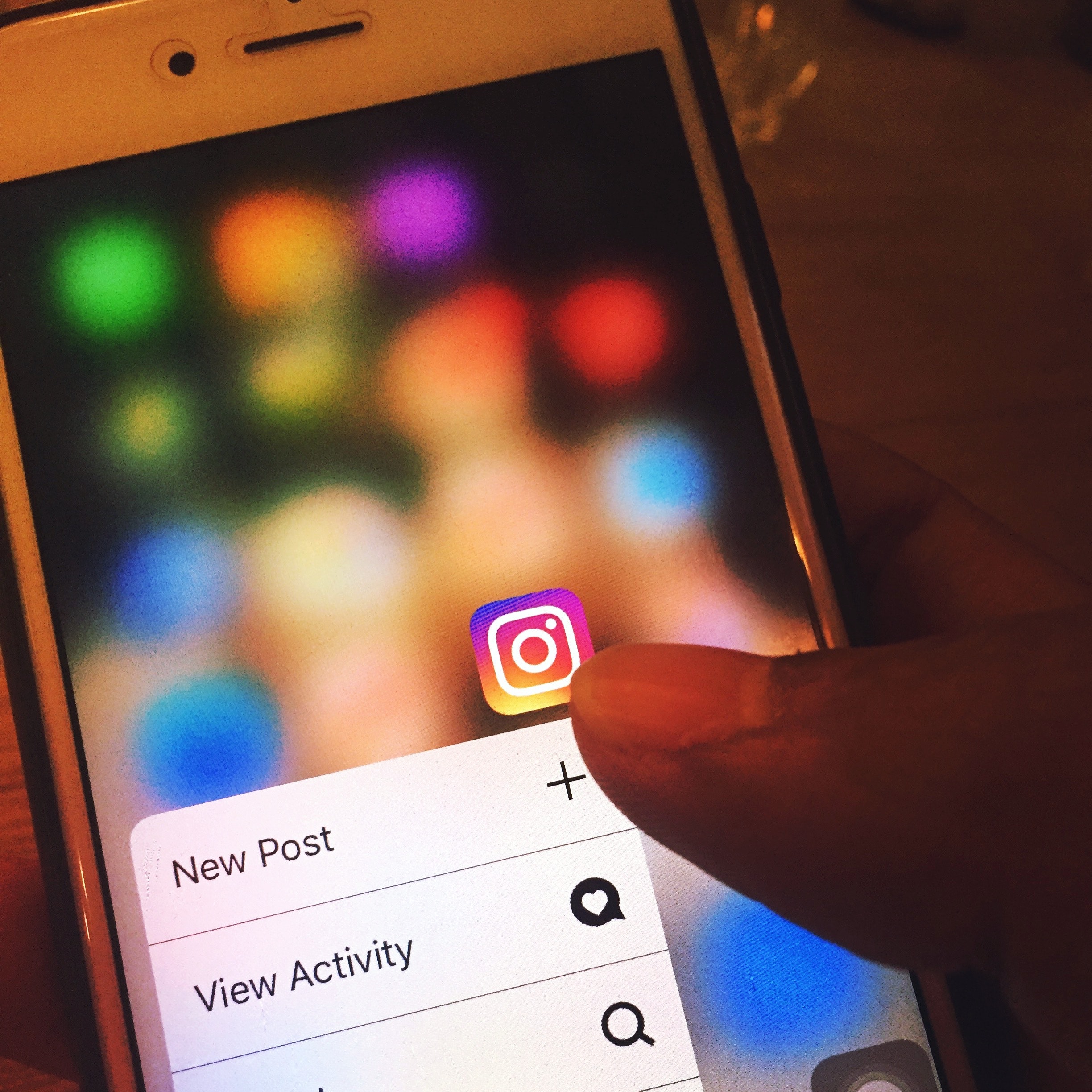 An iPhone opens on Instagram. Photo courtesy of Omkar Patyane from Pexels.

My name is Mariella, and I’m a 17 year old living in Boston, Massachusetts. I am writing to all of you to address an important issue that we’re all aware of, but do little to confront.

I’ve deleted Instagram about a million times. It’ll start like this: I’ll have the social media app installed on my phone, and I’ll become one of the 500 million daily users (according to Facebook’s for Business website). It is easily where I’ll spend most of my phone time, my feed being a seemingly endless scroll — not to mention the discovery page. I see posts about beauty and makeup, memes and tweets, friends and family, celebrities, ads, drama, politics — everything. And it’s not like I need other social media apps either, seeing as I can see Tumblr, Reddit, Twitter, and TikTok posts on Instagram alone.

However, I often find that when I use the app, it makes me feel bad. I see hundreds of beautiful people with beautiful faces in beautiful clothes in beautiful places. And when I look at myself, it seems that there’s always something that I’m doing wrong. Do these people exist? How am I supposed to know how to feel about myself based on my appearance if I don’t know if the standard of beauty is real?

This is because, according to a study called #StatusOfMind done by the Royal Society for Public Health (RSPH) and the Young Health Movement (YHM), Instagram has ranked worst for young people’s mental health. It recorded that it affected 14 health and well-being issues, which included anxiety and depression, body image, self identity and fear of missing out (or FOMO). Another study done by the American Psychological Association shows that women ranging from ages 18 to 35 often had reported correlations between frequent Instagram use with depressive symptoms and general body image anxiety and dissatisfaction. People are aware of the detrimental effects that social media has on our mental health, and there is so much data to back it up. So why hasn’t anything been done yet? Why do we acknowledge a problem exists, but instead of confronting it, we continue adding to the problem?

There is a balance between what you can do and what these apps are responsible for doing. Oftentimes it feels like these big social media giants don’t have an individual's best interests in mind. But I am asking that Instagram take steps to stop enabling unhealthy behavior and mentality. It is quite possible, seeing as change has happened in the past — for example, getting rid of the thinspo hashtag on their platform. The problem and the inconsistency comes in with the fact that those thinspo pages still exist. More can be done, and yet it simply isn’t,

However, RSPH introduces these solutions:

But another solution would be to focus on promoting a diverse cast of creators. People like the Kardashians have hundreds of millions of followers, and taking away focus from them and pushing smaller creators of different races, body types, etc. and also companies and pages that also promote diversity (i.e. Savage X Fenty). Social media apps have the ability to control what is on their platform, and while sometimes they can do a good job, there is a lot that is neglected. So, better steps should be taken to promote real life and real stories.

As well, we must make strides to normalizing and being okay with limiting our use of apps like Instagram. iPhones have a setting that allows users to set a time limit on their apps, and limit the amount of notifications you get. As well, I personally put apps I want to avoid using a lot one the second page of app folders, so it isn’t at the forefront of my vision. I try to control what I see when I’m using the app, by unfollowing pages that might not align with what I want on my feed. And I urge all young people like myself to take matters into their own hands — if something is making you unhappy, or making you feel like less than you should, do something about it. Because we all have the ability to control what we let affect us.