The NBA is returning too early 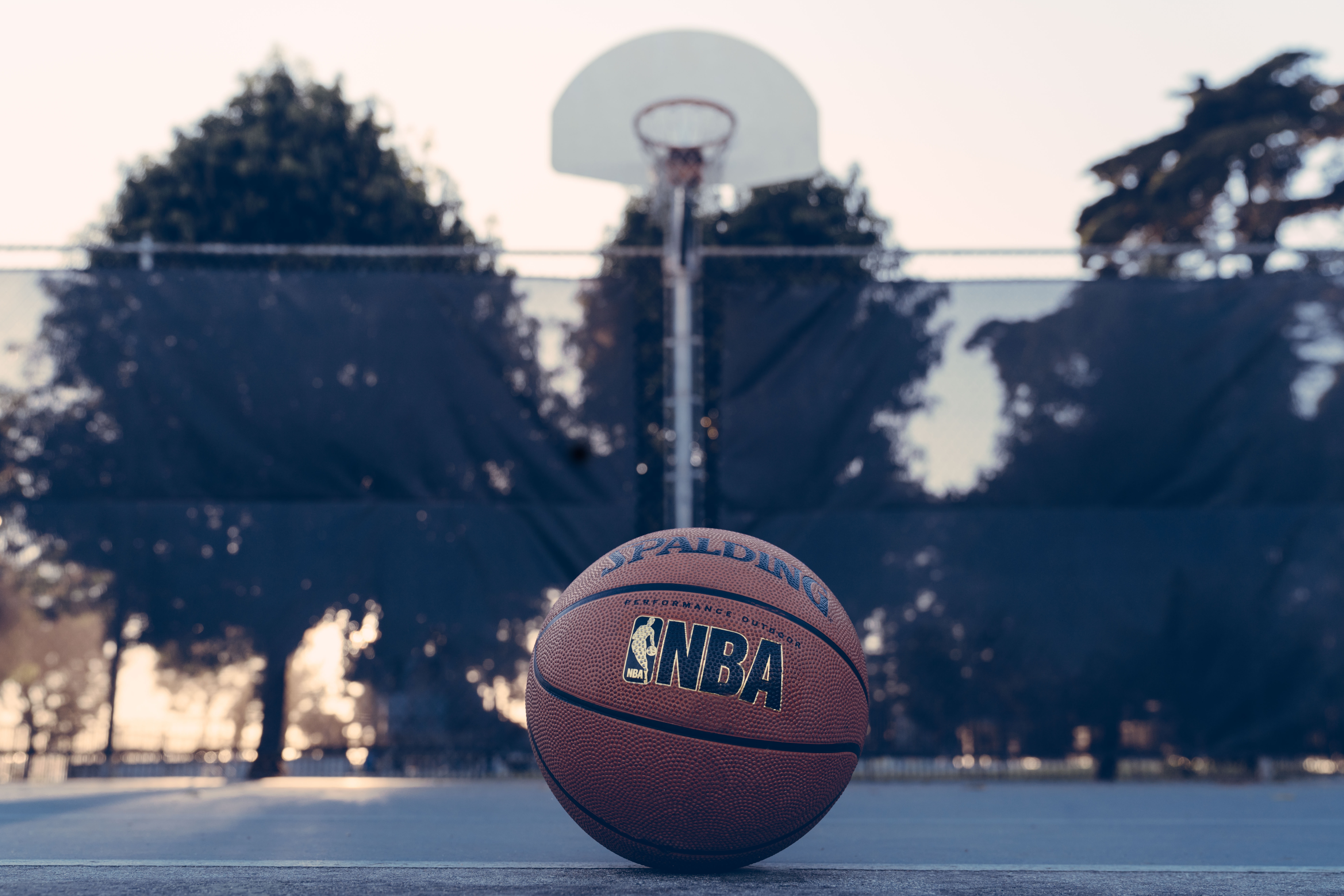 A basketball reading "NBA" sits in front of a hoop on a basketball court. Photo courtesy of Unsplash.

It’s Friday night, and your entire family is gathered around the TV, waiting for the Celtics game to start. Green streaks run down your cheeks as you sit on the edge of your seat, wearing your favorite jersey and anticipating a win. But then your sports entertainment ceases, replaced by news of a frightening virus. As the entire country came to a halt, not only were workers and small businesses losing money, but also large corporations like the NBA. Now, the U.S. is gradually opening up, and the NBA is making quick steps to resume play. You get excited to pull out your favorite jersey again and cheer on your team, but something feels wrong, uncertain. Is it too soon? Unsafe?

In early June, the NBA approved a plan to resume games with no fans: only the players and coaches in the arena. Starting on July 30, the top 22 out of 32 teams will live and compete in an isolated bubble at the Disneyland resort in Florida, despite the ongoing COVID-19 outbreak. Although many don’t realize it, this will jeopardize the health of its players and give people the idea that the pandemic isn’t as big a deal anymore.

Returning amidst this pandemic creates lots of uncertainty. Fred VanVleet, a player from the Toronto Raptors, explains on a conference call on June 29, “It sounded good a month or two ago, not so much right before we got ready to leave.” And he has good reasoning: you’re playing basketball inside and with full contact. COVID-19 usually spreads through respiratory droplets that are released through the mouth and nose. Playing inside keeps the virus within the proximity of people and exercising results in heavy breathing, releasing tons of droplets from the mouth. Although each player is tested for COVID-19, the minute one person gets it, without masks and social distancing, there is little anyone can do to prevent the spread.

Many don’t realize that the NBA’s decision also has the potential to influence not just players but also their fans. It leads people to falsely believe the virus is getting better, but it isn’t. According to the New York Times COVID-19 tracker, there are more than 3.5 million cases and 138 thousand deaths as of July 17th, and COVID-19 is surging through the U.S. faster than in any other country. No one should see these numbers as reasonable. “Places are opening up. Let’s not forget COVID isn’t magically less contagious now. The virus itself didn’t get better... stay safe,” Malcolm Miller, a player on the Raptors tweeted on May 23rd. Just like celebrities’ choices determine the way people think, sports heavily influence the actions of others.

Several NBA players understand this also. Brooklyn Nets’ Kyrie Irving is actively leading a movement to stop the NBA from resuming. He and many other players like Los Angeles Lakers’ Avery Bradley are skipping the season, bringing up an important point that the NBA’s return is not only threatening their health but taking away talk about the Black Lives Matter movement. With the protests regarding social justice reforms gaining attention, the NBA will draw away awareness of the racism and police brutality occurring repeatedly in this country.

There is reason to believe that the NBA should return because everyone is getting tested. This is true, but the league announced that around 7% of players tested positive for COVID-19 as of July 2nd. In Florida, where according to the New York Times COVID-19 tracker, there’s an average of more than 11,000 new cases per day as of July 17, all you need is for one person in the bubble to get it before it spreads and infects many. We also don’t know the long term effects that COVID-19 can have on a person’s health. And although players have the choice of opting out of play, this means you could fall behind in skill or lose popularity. The situation for WNBA players is even worse; on top of their drastically lower salaries, refusal to play results in lower pay for men but no pay for women. For example, the WNBA refused to pay Elena Delle Donne to sit out despite her doctor suggesting she not play because of medical concerns that make her more susceptible to COVID-19. Leaving players between the choice of making money or risking their lives should not be acceptable.

Overall, the NBA’s choice to begin at the end of July is risky and unwise. It has the potential to negatively influence the health of not just its players, but everyone around the world. Sometimes there are opportunities that you need the strength to say no to; just because it could be doable doesn’t mean it should be done. The uncertainty surging through players, staff, and fans in the NBA prove that resuming now is too early and the NBA’s return should be delayed. Make sure that their decision to open up again doesn't impact your choices. Remind people that the virus is still here, and we should be more cautious than ever before.