The infantilism of the far-right 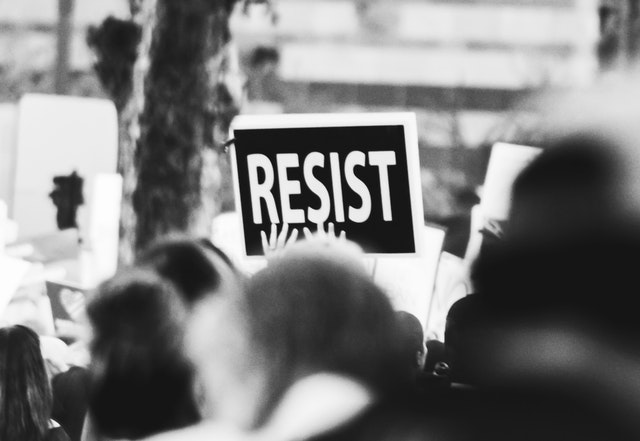 Lingering in the annals of American history shows the romantic perception of the hero — the chivalrous cowboy venturing into the treacherous frontier. Time has revealed that as deeply rooted as these stories are in our national consciousness, these fragments of Americana rarely reflected reality. When we gaze upon them through the multiple facets of our history, these stories lose their luster and dissolve into heartbreaking accounts of genocide, white supremacy and pure evil all veiled behind the guise of fairytales. Though crucial to understanding the psyche of our country, the concrete lines between “us and them” present in our mythology, and their harkening back to a faux halcyon period, are essentially childish as they ignore the blatant flaws in their destructive philosophy in hopes of portraying American life and history idealistically. It’s this childlike ignorance and glamorization of history that not only allures far-right extremism in our country but also gives it its most dangerous qualities.

From its earliest conception, the far-right has flaunted an intrinsic detachment from reality. Look no further than the Ku Klux Klan for affirmation. This notorious home to domestic terrorists has plagued America since 1865, but its most fervent members, those who dawned white robes and burned crosses, were inspired by another important piece of American film: D.W. Griffith’s “The Birth of A Nation.” At the time of its 1915 release, “The Birth of A Nation” was the modern equivalent of a blockbuster, displaying a story where Ku Klux Klan members liberate a town from its union captors. Noted figures such as comic book legend Alan Moore have even gone so far as to call it the first-ever superhero movie, due to its heroic framing of men who hide behind masks. This piece of racist propaganda succeeded in providing America's “Lost Causers” with an escape to their preferred reality where they were the heroes of the Civil War. Enraptured by the film, they decided to cosplay as its “heroes” to terrorize innocent Black and Brown Americans for decades afterward. The absurdity of this whole idea further manifested itself in other white supremacist groups such as the “Black Legion,” who, as though white robes weren’t outlandish enough, decided to dress up as pirates while committing their respective acts of terror. The nature of these groups at their core are absurd and even humorous at times, but the danger they cause shouldn’t be understated, especially when it’s still very prevalent in our country.

Though the grasp of the Ku Klux Klan over our country has waned, that of white supremacy hasn’t. Instead, it finds new avenues to express its absurd maliciousness. One of these groups recently came to light as a result of its thwarted attempt to kidnap the governor of Michigan, christening itself with the name, “Wolverine Watchmen.” Coincidental or not, the name’s childish quality is emblematic of the infantilism of the far-right. Additionally, other groups such as the “Proud Boys,” who derived their name from a song in the Disney Musical Aladdin, the “Boogaloo Boys” who wear Hawaiian shirts as their uniforms and probably many more that go under the radar. We may look at these groups in a humorous way now, but they are proof that vestiges of our destructive past still linger today.

Knowing all of this, the next question understandably becomes, “How do we stop these groups from arising?”. In my opinion, an answer to that question is not to ignore them but to educate the public on the various, obvious flaws in their ideology. It’s important to understand that the threat these far-right groups pose to our democracy is very understated, but it’s also important to realize that a driving force behind these groups is their extreme ignorance. We can more easily prevent these sects from reappearing by shining a light on their ignorance, but if we ignore it and allow them to go on we let serious danger go unchecked and flourish in the shadows.