The Greatest Badminton Player Alive (for his age) 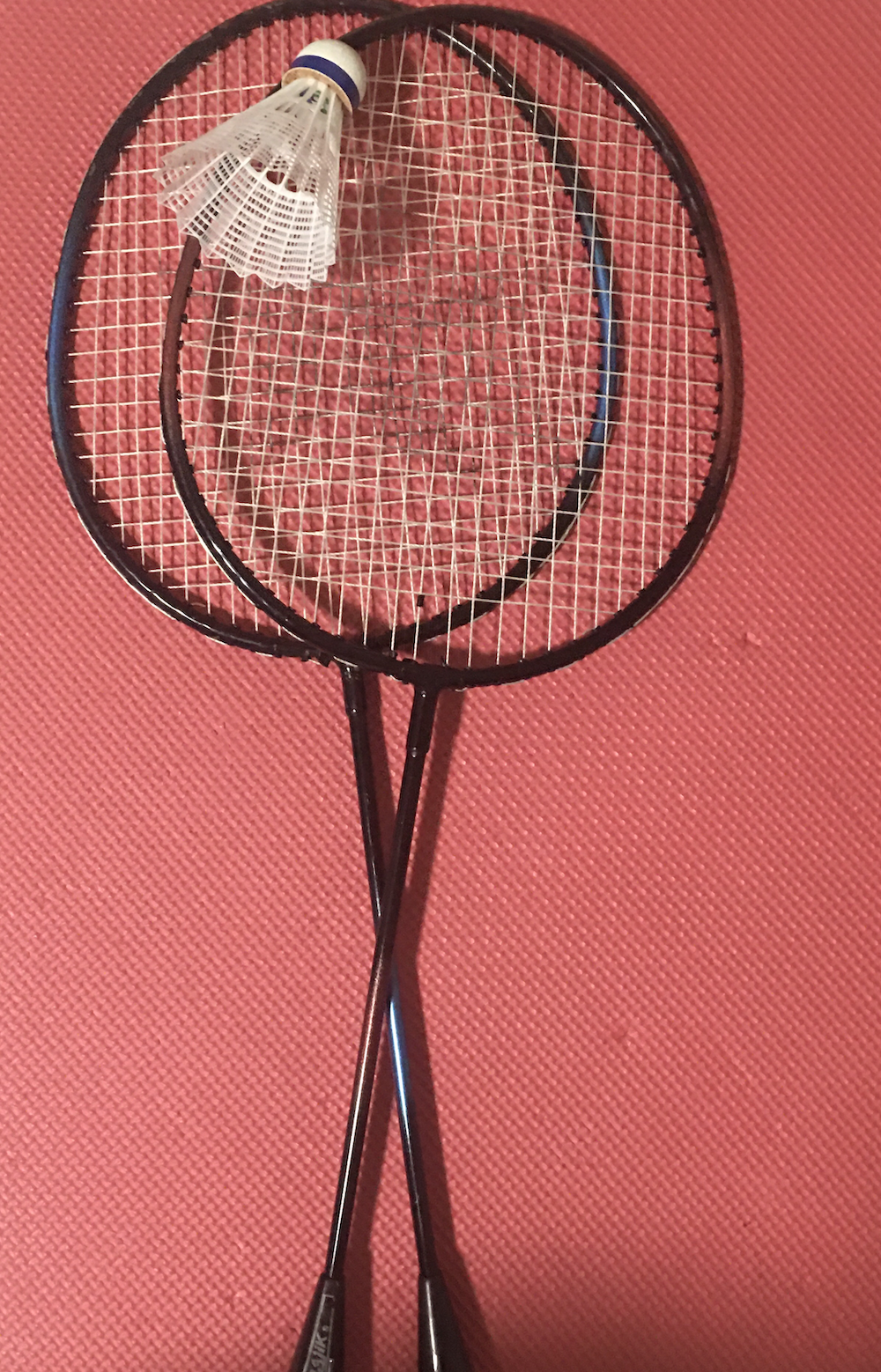 Two crossed badminton racquets and a badminton birdie against a red background. Photo taken by the author.

Once upon a time, in the month of January, there was a boy who was 10 years old. Let’s call that boy, uh... Brian. (I may or may not be Brian.) Now, we all know that children have small and shallow minds and that some can be extremely arrogant. This boy played a sport at his local YMCA. He played badminton, and he played every Saturday. He never saw anybody else his age be good at badminton. He even thought that nobody knew of the sport! Being closed-minded as he was, he called himself “The Greatest Badminton Player Alive,” and then he whispered, “for my age.”

There wasn’t a single person yet who challenged his title, and he never even considered that anybody would ever do so. On one particularly strange day, Brian saw his friend Andy sitting on the bench at the side of the badminton court. He invited Andy to play with him, and Andy accepted on the condition that his friend Hanson could join too. Brian was so certain that he was going to win everything that he said, “Let’s play one against two, me versus you and Hanson.” (Badminton is a game played with rackets similar to tennis. A very light birdie is used, and there is a net in the center of the court similar to volleyball. The players hit the birdie back and forth and try to make it land on the opponent’s side or court.)

Andy realized he hadn’t introduced his friend yet. “Brian, this is Hanson. Hanson, this is Brian.” Andy mentioned that Hanson wasn’t new to badminton and that he was pretty decent, but Brian wasn’t listening. He was thinking of how he could handicap himself to make it fairer for Andy and Hanson. He was so sure that two people against him still weren’t enough to make the game fair.

The game started and Brian was serving. He threw the birdie up and quickly smacked it with his racket. The birdie went soaring straight to Hanson’s side of the court, and it surprised Brian when Hanson hit the birdie back with an equal amount of speed. The back and forth started between Brian and Hanson. Brian hit it back to Hanson, and this time, Hanson jumped up and spiked the birdie just as it flew above the net. Whoosh went the birdie, as it landed on Brian's court. Score 0-1, Hanson.

Andy was on the same team as Hanson, but he didn’t get to participate as the birdie was hit by Brian to Hanson. Brian had no intention of hitting it to Andy, and it appeared that neither did Hanson. The intensity seemed to rise, and both players stared at the birdie on the ground. No words were spoken. Hanson served this time (the winner of the round serves). He threw the birdie up and hit it slowly toward Brian. Brian quickly hit it back, only this time, to Andy. Andy, with his underarm swing, hit the birdie back, and Brian, with his quick reaction, spiked it onto Hanson’s side. Brian and Andy were surprised when Hanson quickly countered the spike. He swung his racket in an upward movement and bounced the birdie back onto Brian’s court. The score was now 0-2. Although the game is usually played to 21 points, it was decided earlier that 5 points would be the game.

Brian wondered, how could Hanson counter a spike? It wasn’t an easy thing to do and required a quick reflex. He thought for a moment that he may have underestimated Hanson but quickly threw away the thought because he knew, no matter how good Hanson was, he was no match for “The Greatest Badminton Player Alive (for my age).”

Hanson served the birdie and hit it onto the side of Brian’s court. Brian retaliated and quickly swung his racket, aiming the birdie to go as far away from Hanson as it could. Hanson swung his racket, and it almost seemed like he intentionally missed. The score now 1-2, Brian’s first point. Time went quickly as they got more tired, and, before Brian knew it, it was 1-4; Hanson was one point away from winning. He threw the birdie up one final time and swung his racket down. Brian was too tired to react fast enough and only watched as the birdie went down, down, down. Final score 1-5, Hanson. (Yes, if you haven’t realized by now, I am indeed Brian.) I lost, and all three of us knew that.

We took a long break after that one, and afterward, Andy and Hanson played against me again. This time, I used less energy and didn’t play as cockily as I did before. I scored three points this time but still lost.

A few months later, I still played badminton, but it wasn’t as exciting to me anymore. I slowly lost interest and moved on to basketball. However, those lessons I learned from Hanson still stayed with me. From that momentous day forward, I learned that I wasn’t the best at badminton. I probably still could be, with practice, since practice makes perfect (though I wasn’t going to practice badminton).

I also learned that you probably shouldn’t be overconfident, because well, you get cocky and underestimate others. And that is the story of Brian, “The Greatest Badminton Player Alive” who was pretty decent at badminton for a short but exciting period of time.

(P.S. Don't forget the “for his age” part when announcing my title.)