The foundation of makeup and teen self-esteem 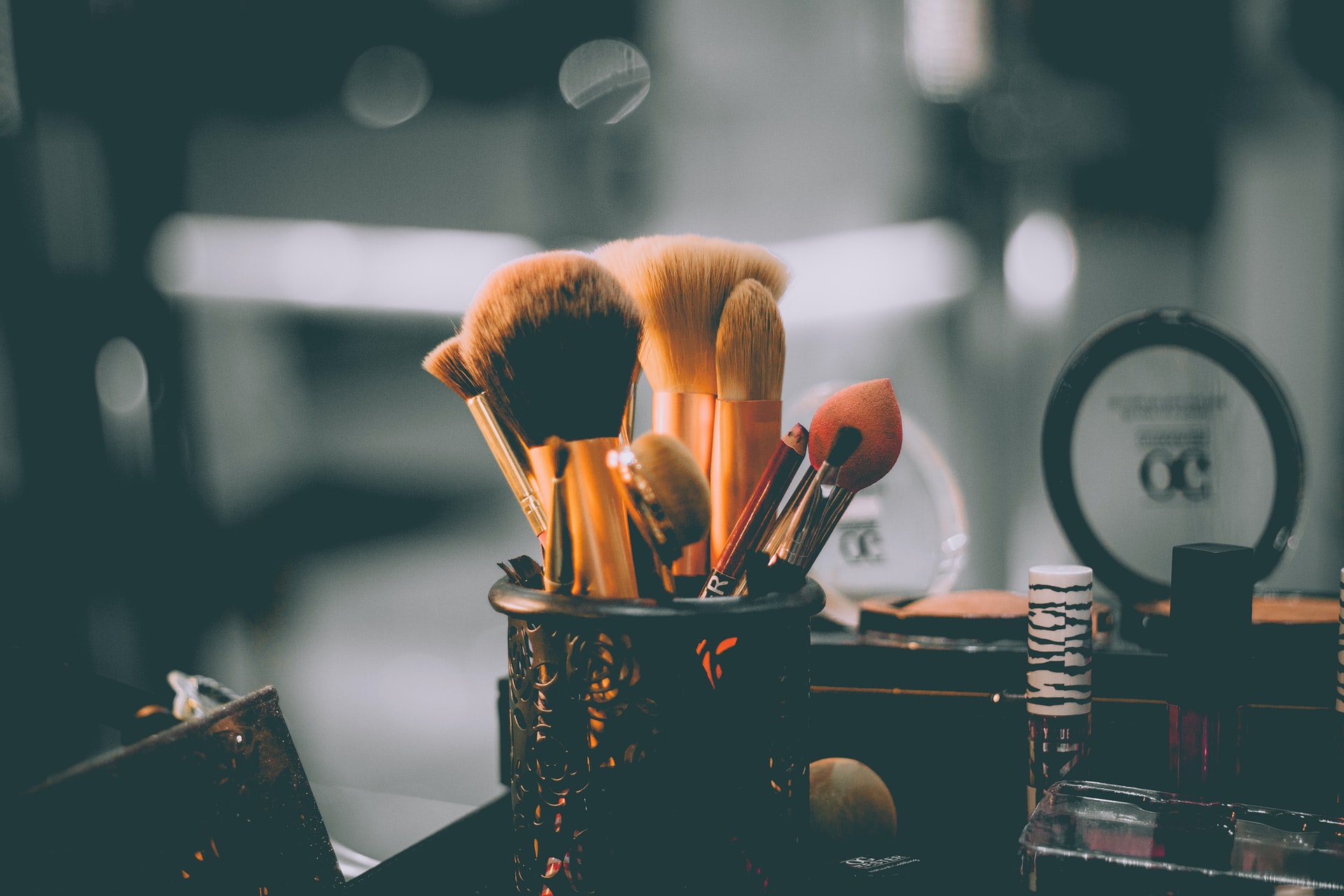 Assorted makeup brushes and makeup on a table. Photo courtesy of Raphael Lovaski on Unsplash.

It’s been said that “makeup magnifies the beauty that's already inside.” It’s also been said that “makeup hides more than it reveals.” Much has been said about the artistry of makeup, but no one ever asks the person behind the glammed-up face how they truly feel. I know girls whose experience with makeup came first in the form of their mother’s lipstick, then their sister’s eyeshadow, and finally their very own foundation. I also know girls who spend hundreds of dollars at stores like Ulta to conceal what they consider flaws. Now, what if I told you that makeup has both a light and a dark side?

These are ages where identity is being questioned and self-esteem is becoming more defined. This begs the question of whether it's appropriate for teens to wear full-on makeup. From my own experience, I began wearing makeup the summer before I entered high school. It started innocently enough with slight touch-ups to my eyebrows and concealer to mask my acne, which is something many girls my age could relate to. But a year later I began wearing a full face simply because I was, as the kids say, lost in the sauce. After a time, I began to grow as a young woman and limited the glam I once loved so much, and instead, allowed my own radiant, melanated skin to shine the way it was supposed to.

Before that, when my self-esteem was as unsteady as a playground’s seesaw, it was incredibly easy for me to cling to this “prettier” version of myself. When I was in my most natural, authentic state my confidence dwindled. This being said, it is very much a reality for adolescents to get too involved in cosmetics or other forms of beauty enhancers that temporarily alter the way they look. However, I believe that they should have the freedom and liberation to use makeup and explore the more fun and positive outcomes of makeup with a limit to how much they indulge in it. Makeup has too many satisfying benefits for us to just throw it all out of the window!

Still, people tend to lean toward one of two opposing ends. Some people, like those at Polaris Teen Center, a highly accredited mental health treatment facility for teens and adolescents, argue that makeup has a multitude of benefits on teens' self-esteem and self-image, reporting “.. most teenagers — females, males, and non-binaries alike — who are wanting to wear makeup are likely, not obsessed, they are merely learning about who they are as a changing person.” They note that makeup can help increase a teen’s self-worth, increase their confidence, and grant them a sense of self-control and empowerment, among other things.

Other people may agree with Dr. Manny Alvarez of Fox News, who says, “Rather than caking harmful makeup on their faces every day, parents and teens should limit the amount of makeup worn. They should also focus on proper skincare, helping them have beautiful skin naturally.”

Parents of teens and other adults who are interested in makeup may consider it “too grown-up” and inappropriate for teens and children. They may believe that teens should worry more about school and clubs than their appearance. These appear to be valid arguments before we dive deeper into debunking them.

First, when it comes to school and makeup, while there is indeed a correlation, it isn’t completely negative, by any means. According to the results of a study done by the Harvard Medical School, there is a phenomenon called the “lipstick effect.” The lipstick effect is a psychological phenomenon in which wearing cosmetics can make an individual feel a sense of overall enhancement in self-esteem, attitude, and personality and thus perform better academically.

Second, I believe that certain makeup looks can come off too strong, be excessive, and be overbearingly messy. When I was in the 9th grade I wore so much foundation I was known to leave little brown fingerprints on my worksheets! However, I believe that it’s worthwhile for teens to explore that world and go through their “bad makeup stage” as it is a part of the human experience. To add to this point, there is a harsh divide between “grown” and “teen.” It’s a common misconception for people to assume that when girls and teens wear makeup or dress a certain way, it’s to appear older than they are or to gain attention. This is simply ridiculous. Any sane person can easily tell the difference between a girl and a woman by the way they look, their goals, or their way of speaking. When the topic of makeup-wearing teens is pushed to this level, one can only assume that the conversation is shifting to blaming the teens and girls for simply wanting to be girls and that is not only inappropriate but inaccurate.

With all this being said, it’s important to take a second look at the things we find ourselves so quickly dismissing. Before we jump up and judge teenagers for their choice to express themselves as they see fit, why don’t we count the benefits before we count the perceived negatives? With this new age of young men, women, and teens, we’ve been graced with the courage to be exactly who we are whether that involves wearing a face full of makeup, dressing however we want, or loving whomever we want. There have always been major benefits to people doing what makes them feel comfortable and confident. It’s 2020, and it's high time we let girls be girls, let teens be teens, and let kids be kids without questioning what makes them feel beautiful.