The female athlete triad: Why young runners are suffering in silence 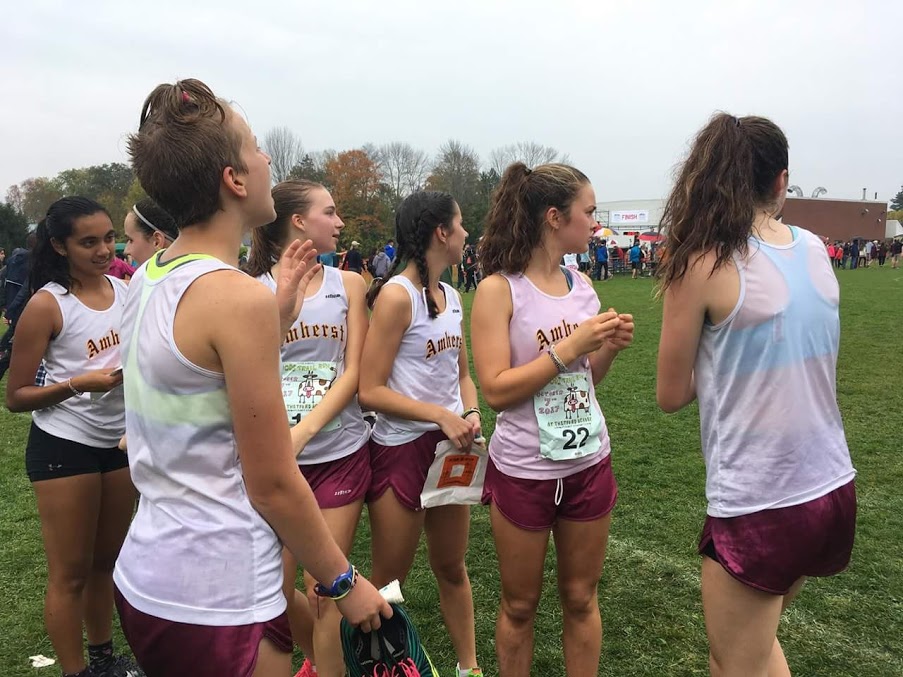 A group of young runners, including the author. Photo courtesy of Annalise Peterson.

Like many girls who are competitive runners, I know the health risks that come along with intensive training. The symptoms of nutritional deficiency seem mild at first: maybe my period was lighter, or I started to feel slight aches in my feet. In technical terms, the body is actually undergoing what is called the Female Athlete Triad: disordered eating, loss of one's period and osteoporosis. However, despite its potential severity, this condition continues to be overlooked at all levels of competitive running.

Lauren Fleshman, a retired professional runner, told the New York Times that for many young women, adolescence brings “a performance dip or plateau.” She cautioned that “when their biological performance curve is not normalized and supported, women and girls are faced with a choice: fight their body’s changes, or ride it out and be declared undedicated.”

Instead, time and time again, women are trained the same as men, pushing their physical boundaries beyond their natural developmental training curve and without education about the need to actively increase their calorie intake. That is, until they develop RED-S — Relative Energy Deficiency Syndrome — which in addition to wreaking havoc on bone and menstrual health, increases athletes’ risk of injury and death.

RED-S symptoms are common, even in high school-level running, and without disordered eating. On my own team, I have watched many of my teammates’ health deteriorate from training without adequate recovery. The simplest way to recover is to gain weight: the muscle that will carry a runner through every hill, mile and race.

When an all-male coaching staff of a professional running team forces their athletes to lose this weight, the results are extremely detrimental. Take Mary Cain, once “the fastest girl in America,” who came forward about her development of RED-S as a result of starving herself in an abusive Nike training program. The public was horrified, angry and concerned. But how exceptional is her experience? Unfortunately, I doubt it’s uncommon in the professional running world at all.

As long as coaches remain dismissive of physical differences between male and female bodies, their athletes will continue to suffer from health complications. As long as elite running programs lack certified nutritionists, women will silently suffer from shameful weight loss programs and eating disorders. As long as the general public turns a blind eye to corruption by sponsors, companies will continue to profit from an abusive system. In the meantime, more and more women are losing their potential as runners as a result of this ignorance.

Every girl should get the chance to experience the pure joys of running without compromising their well-being. It is high time to prioritize the long-term health of young women over an outdated ideology of female sports training.