The benefits of video games in quarantine 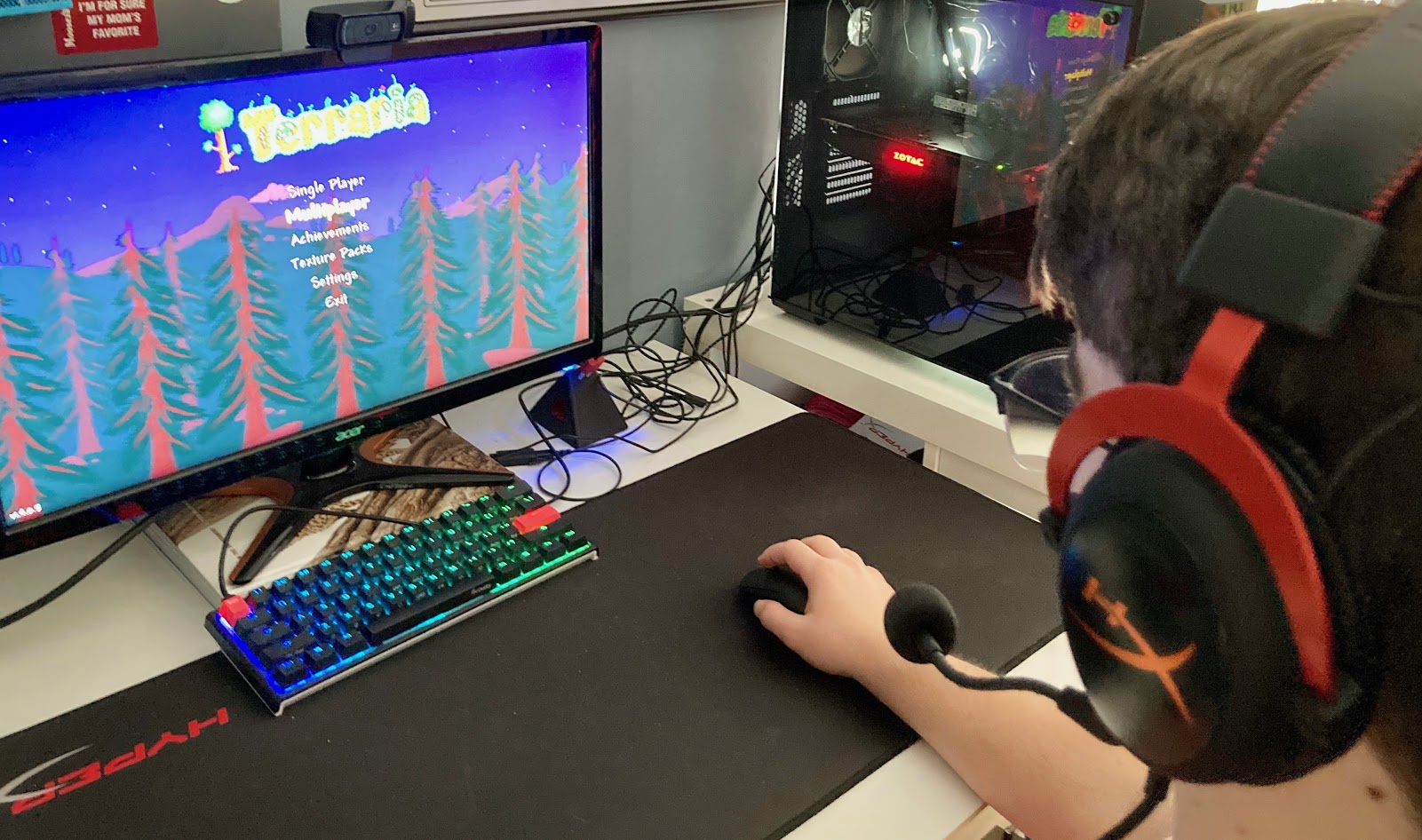 As a result of the COVID-19 pandemic, nearly 27,000 Boston Public Schools students in grades 6 through 12 were sent home. Almost 4 months have gone by, during which many of those students have missed out on graduations, field trips, as well as any and every typical social interaction. In order to make up for this, some have turned to different social media, texting or FaceTiming their friends routinely. However, many have turned to video games, ranging from cooperative and strategic games such as "Call of Duty" or creative sandbox titles, including "Minecraft."

The common theme among them is that they all allow for friends to gather and share common experiences and break through that social isolation by talking to one another while playing the game.

In a place like Boston, where students often attend schools across the city, it makes opportunities to see your friends in a socially-distant environment a lot more scarce. So in turn, meeting up in voice chats through certain services like Xbox Live or apps like Discord becomes a lot more influential towards how we feel. It is through them that you can talk with one another while playing.

A recent study surveyed students from ages 13-25 on how they are feeling while quarantined, with the top three results being frustrated, sad and disconnected. The disconnect coming from the inability to meet up with friends face to face and have shared experiences. Some choose to fill this time with social media such as TikTok or YouTube — but many of them say that it is no substitute for the shared experiences that come along with doing things as a group.

In addition, a research paper from the National Institutes of Health states that when children are young, their parents fill the role of a buffer for their stress and anxiety, neutralizing the hard parts of life. However, as time progresses, this role is passed on to friends. So when you no longer have access to their support at school or after it, the time spent collaborating through video games helps to relieve the pressures which are ever-present in today’s world.

Although these articles do not bring up those who have played video games as a way to bridge the social disconnect, I personally know that it has been very effective for me and my friends. Almost daily, I think about what I am missing out on as a result of being quarantined — and every time I do think about it I realize just how much playing video games with my friends helps.

There are many people who would make the argument that video games can only serve to waste one’s time. Although there is merit to the idea that video games can lead to unhealthy habits, the benefits that they do provide during times of quarantine outweigh those issues.

Self-Determination Theory (SDT) is a psychological understanding of what you need to maintain good mental health. The three basic needs are autonomy, competence and relatedness, which boil down to your ability to make your own choices, complete tasks, overcome problems and have a feeling of connection to others. In a world where we don’t have much control of the things going on around us and are unable to do things that we normally would or even connect with others, video games provide an outlet for every one of these needs. They allow for you, the character, to take control of the game, complete tasks or missions and to feel a connection with the people you do it with.

As someone who has played video games throughout the past few months, almost daily with friends, I can say that it makes things a lot easier. Talking to and playing with them has become our routine in order to establish a new normal. So if you have never been one to play video games with others, now would be the perfect time to try.

A good start could be a game like "Call of Duty" which allows you to cooperate in multiple different strategy game modes or a more creative game like "Terraria." Even if you think that you’re not qualified or have no clue what you are doing, just the process of learning is entertaining when it’s with others. For those who have been playing games, it is critically important to make sure you understand that as long as you are carefully managing your time and other responsibilities, these games provide necessary ingredients for strong mental health and good entertainment.