Taking a backseat on Zoom 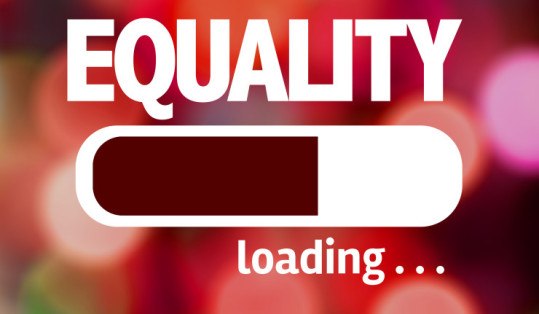 Since the outbreak of the COVID-19 epidemic, normal classroom instruction came to a screeching halt as schools were forced to switch to learning via Zoom and Google Hangouts.

With the change came adjustments in how men and women conduct themselves in the workplace. The New York Times recently published an article citing the difficulties some women have been facing in Zoom meetings—a meeting that’s supposed to be an equalizer for all members.

But does this occur in the classroom?

“In the upper level classes, the students who are generally quiet doesn’t seem to go by their gender or race,” said Julia Lisella, an English professor at Regis College in Weston. “It tends to go by how comfortable they feel in the major.”

In smaller classes, it’s easier to spot the students who are quieter and need a push to speak up, she said. When her classes went online in March, Lisella tried to make sure everyone was heard.

“There's a lot of reasons why people keep [their] video off—so that they can be shy," she said. “I was trying to be attentive to the people who didn’t want to be seen. I respect that if you’re not feeling presentable today, for whatever reason, you didn’t do your hair or are still in your pajamas, that’s fine, but I will call on you.”

Lisella knows that the hope of online learning is that it’s a great equalizer, yet that might not be true.

“It’s very easy to interrupt each other on Zoom,” she said.

Alexia Vaveous, a junior at Beverly High School, said she has noticed that students mostly watch and ask questions.

“[Yet] contrary to meeting in real life, the females are usually the ones to ask the most questions in the Google Meets,” she said.

Speaking about her chemistry class she said, “most of the boys are older and thus more experienced with chemistry, so girls are more hesitant to speak out.”

But she said in that same class she observed that female students asked twice the amount of questions than their male counterparts.

“Girls are sometimes cut off by boys, but I believe this is only because the boys don’t hear the girls beginning to speak,” she said.

Women are no stranger to interruptions within physical meetings, as a study by George Washington University found. Men interrupted women 33% more often than when they spoke with other men. In the setting of online meetings, this trend is amplified, as with everyone getting used to Zoom, traditional gender roles are coming back into play.