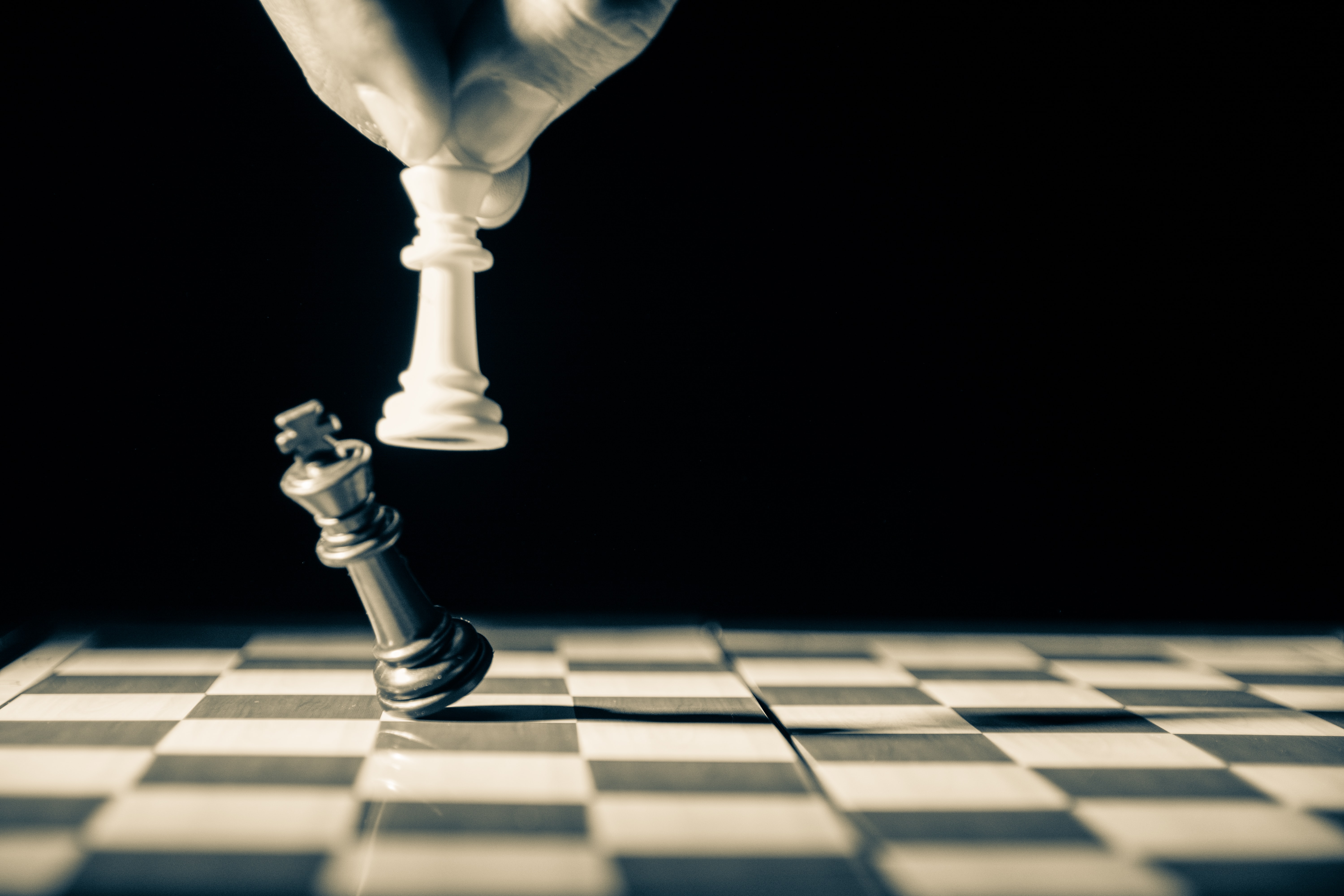 A white chess piece knocking a black chess piece off the game's board. Photo courtesy of GR Stocks on Unsplash.

A seemingly typical start to the game. One would think that symmetry would be the most solid, harmless approach. However, much can arise from such a simple, common opening.

Both sides develop the bishops to more active squares. It is almost equal. It seems that the game shall have a more positional, normal approach to it.

This game shall not have a more positional approach. What white has in store for the black king seems slightly daunting. A bishop is sacrificed and black is in the lead in terms of material — but the black king at least seems far more in danger than before, out of his natural habitat on e8.

White again sacrifices a piece! However, this gives black an even larger material advantage and consequently, number of active pieces. And even better, white seemingly has no obvious counter attacks. Surely this game will be an easy win for black.

White launches a counter attack with a queen check hitting both the king and knight. Black plays g6, a subpar move. This gives the white queen an opportunity to easily win back material.

White snags the knight and black plays d6, a terrible blunder. Black had a material advantage but threw it away, giving away the rook in the corner. What once was an advantage has become a gloomy and almost stressful position to defend for black.

White logically takes the rook. Meanwhile, black finally begins to create some small counter play, threatening the f2 pawn with the queen and bishop as well as threatening the e4 pawn

The wry white king returns to safety by castling with the rook next to it. In response, black, worn out and sleepy, develops a knight in hopes to one day — just maybe — launch an attack on the white king.

White plays c3, a move aiming to build up to push the pawn directly to the left of it two squares forward, overwhelming black in the center of the board. Black chips away at the white king and responds with a knight move. This threatens checkmate with the knight and the queen teaming up against the pawn next to the king.

White halts the checkmate attack by moving the pawn, but black perseveres, snatching the f2 pawn, checking the king, and bolstering the attack.

The white king is obliged to move aside from the check. On a fluke, black then moves out the light squared bishop, revealing an attack on the h8 queen by rook in the other corner.

White simply takes the rook. In response, black, drained but hopeful, sacrifices the queen for the pawn.

White is forced to take back the queen and black, emboldened to finish the game, checkmates by finally capturing the e4 pawn.