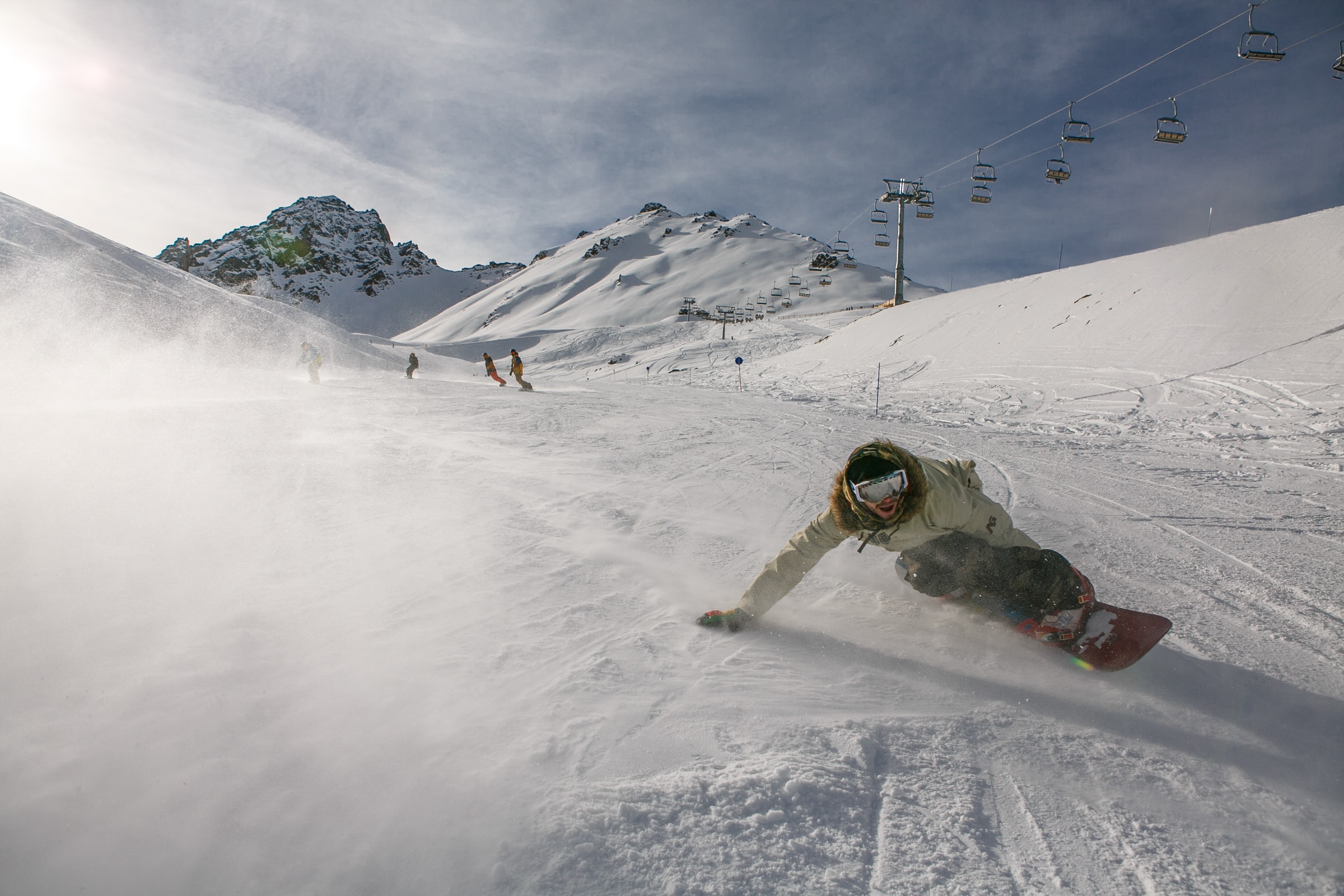 Photo of a person snowboarding down the side of a mountain. Photo courtesy of Visit Almaty on Unsplash.

I had just gotten out of skiing lessons and had barely learned how to snowboard. I thought the idea was ridiculous due to my lack of skill but my dad ignored my warnings and we went out for a day on the snow anyway. Once we had arrived we discovered the areas you could ski were separated into categories 1-3, with one having the smallest and easiest slopes and three being the largest and most difficult. My father asked me and my younger sister which we would like to start off on, and due to my impatience and arrogance, I chose a number three mountain. We dragged ourselves, our boards, and skis up to the top of the mountain expecting for us all to have a good time. Unfortunately, I would be the only one not enjoying myself. Once we reached the start my sister and father took a breather from getting up the mountain, I was fine so I decided to go on my own.

Once I was halfway through I was actually enjoying myself. I had hardly fallen over, I was going pretty fast, and I was even improving my skills as a whole. Sadly this all changed when I got too close to the sidelines of the mountain and lost balance. I had fallen off the edge, to a near 30 ft slide which I quickly noticed led straight down to a rusty pole left against a tree. While falling down I attempted to get out of the way, but my feet were still attached to my board and I couldn’t move. I was immobilized, sliding down to a world of pain, completely incapable of saving myself.

At the time I was falling I thought of another time I was stuck in a dangerous situation that looked inevitable. I was riding my bike until suddenly my shoelace got stuck in my bike chain and forced me to the ground. I was stuck in the street with no escape and a moving car coming. I thought I was completely helpless then, but in a moment of panic, I removed my stuck shoe from my bike and was able to move myself and my bike out of the way in time for the car to pass. I returned to my senses and looked at my surroundings hoping there was some way I could escape, some way to free myself.

However, there was nothing this time. For the first time in my life, there was no way for me to save myself from immense pain, it was all out of my control. All I could do was brace myself for the impact and accept my situation as my back slammed against the poll at a dangerous speed.

I managed to get out without any serious injuries, just a few bruises, and scratches. The reason I failed and ended up hurting myself was that I was hasty and arrogant. I thought trying the most intense mountain would be the best practice because it was the hardest. A thought that never came to mind was that I would not be able to complete this mountain because it was so hard. I had tried skiing twice before and had not started more than two months ago. The lesson I learned was patience and not to rush into things simply because you think they are the fastest way to improve. I now no longer rush into the most challenging practice when trying something new, I take my time and work my way up slowly.