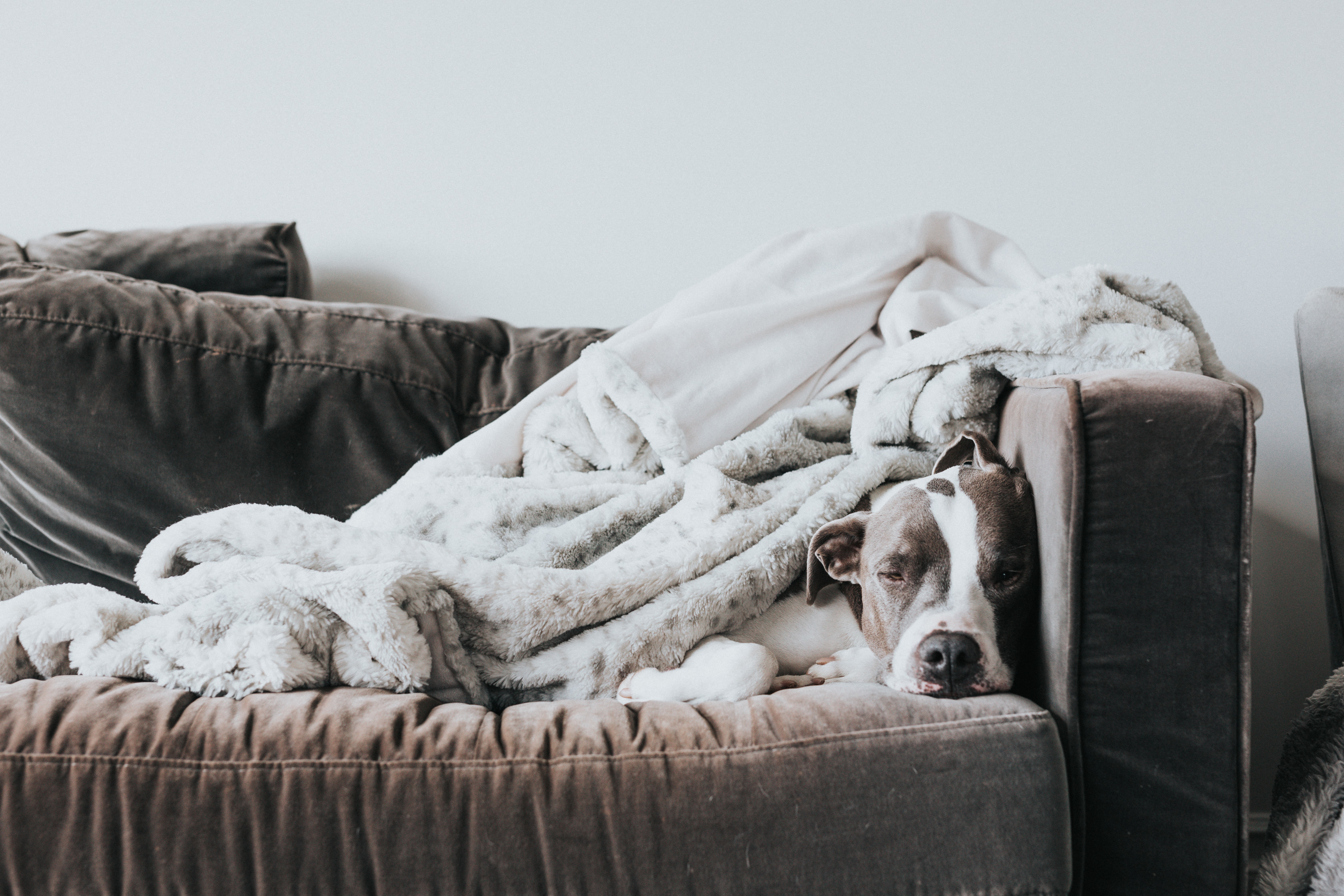 A photo of a grey pitbull sleeping on a couch under a blanket. Photo courtesy of Nathan Dumlao on Unsplash.

Burnout - the consequence of severe stress like when you stay up a long time studying for finals and worrying about failing a test that as soon as you went home after you did the test you just passed out. It’s sad to say that this has happened to me once.

As a first-generation immigrant, an older sibling and the person who will most likely be my parent’s caretaker in the future, I don’t have the luxury of being able to fail school or pursue a career that’ll be extremely hard to succeed in.

When my family immigrated to America we had to figure everything out on our own. As one of the older siblings, I was seen as a “mini parent” to help my siblings through the confusion. This meant helping them with things like homework and figuring out American customs even though I was also struggling with adjusting to this new country myself. I also took the responsibility to teach my English as quickly as possible so I could be a translator for my parents when tax season came around, and so I wouldn’t be held back a grade for not knowing how to communicate.

I was a bit of a “hyper” kid — like I was on a sugar high, but I made it 24/7. When I started school I was extremely excited to make friends. My mom put my hair in two cute buns with my favorite pink hair clips and I wore my sparkly Hello Kitty T-shirt as I practically ran, skipped and jumped into school! Unfortunately, due to the language barrier, I struggled to talk to my classmates. I was luckily able to meet another girl who was also an immigrant from a country in Asia who was also struggling to talk, and we bonded over our love of Hello Kitty and unicorns during lunch.

Because of my slowly declining love for animated creatures, I pushed hard in school.  Even past the title of being the world’s ultimate nerd to the point where I started to wonder where did I go wrong if I received anything under an “A” grade. I studied every night… and I mean every night even if it was the weekend. As a result, my mental health went into a really bad state where my head ached so much from studying and the pressure of having to get good grades because I had practically everything to lose if I didn’t succeed. Who would my siblings look up to? Who would take care of my parents when they got old? Things got to a point where I felt so heavy inside that I was unable to even study.

Being unable to study, the only other thing I could see that was around was the TV. So, I made one of the best decisions I've ever made - a thing I thought would lead me to be lazy and unsuccessful - I decided to take a break. I grabbed some chips and a blanket and started surfing the web. I was five episodes into a show called “Love Island” and it was also almost midnight. In the midst of my confusion about how time had zipped past me, I also realized that my headache was gone. Maybe my mom was wrong about television being bad.

Some of my friends and relatives began to describe me as a bit of a “couch potato” since I began to spend less time studying and more time watching movies or rather things that are just fun. My loved ones have shared their concern that my “couch potato” behavior is going to affect my grades, and boy were they right.

As much as I do admit to loving watching movies late at night, I wouldn’t describe myself as a couch potato. I would say that it’s just self-care, and before you ask, no I am not in denial.  It’s like a weight has been lifted off my shoulders, not to mention that those crazy late-night study headaches don’t happen anymore. With my head feeling better and even clearer I can think better on tests and, believe it or not, my grades were a bit higher since school seems a lot easier now. Not to mention that life at home also feels easier since my family has been very supportive. My mom and I love to watch movies and TV shows, with one of our favorites being “Family Reunion.”

In case you were wondering, no I am not saying give up on school and call it “taking a break.” I’m saying that I am a human and you are one too. When we work hard we need a minute to cool down. That doesn’t mean you’re lazy, it doesn’t mean you’re a failure and it doesn’t mean you need to feel any kind of shame. It just means that you are a normal person. A break can bring so much good — from improving your mental health to maybe even making your life just a little easier.