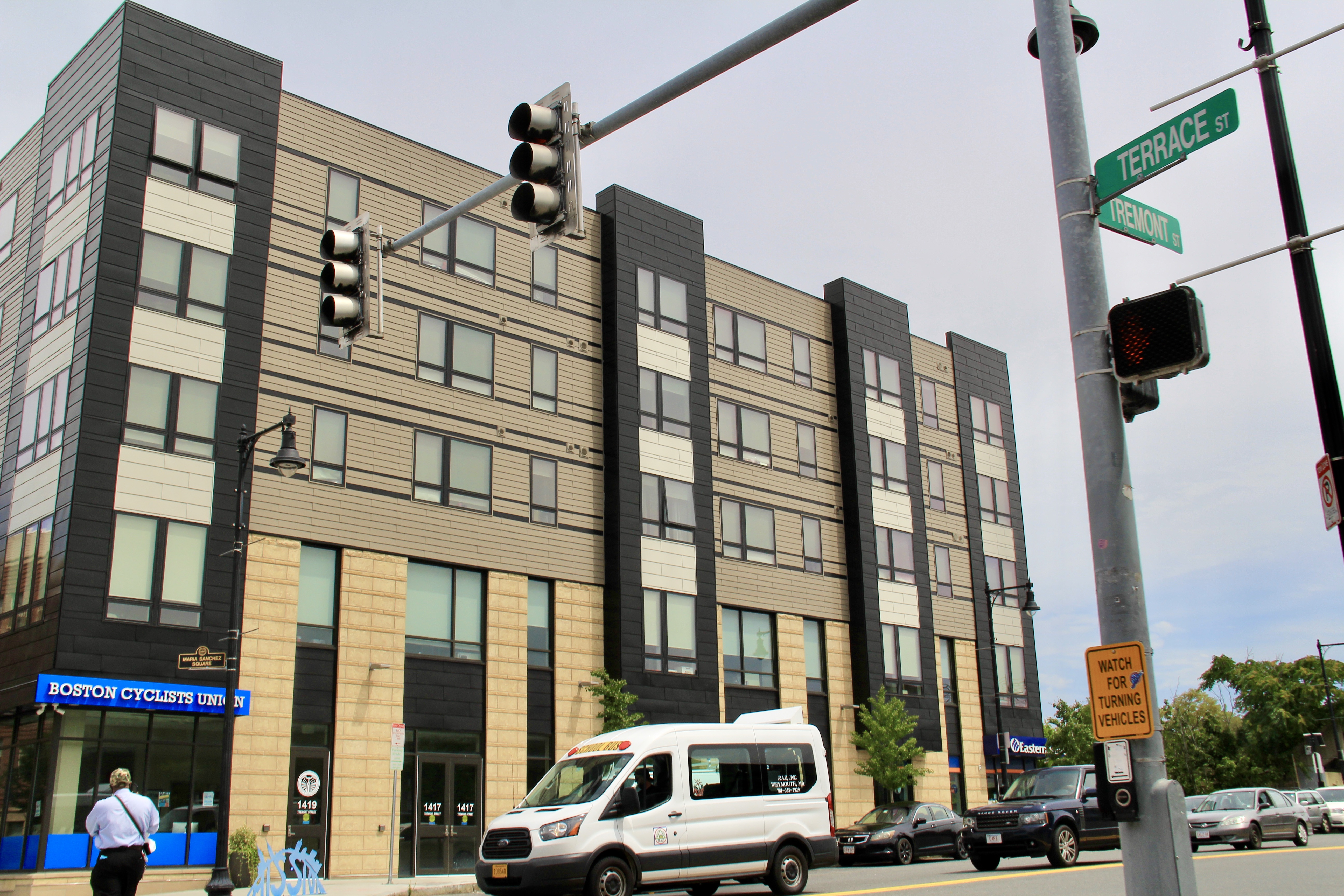 Cars on the street in Roxbury. Photo courtesy of Lauren Johnson.

My name is Lauren Johnson and I am a junior at John D. O’Bryant School of Mathematics and Science. I am writing to you to inform you of the urgency and importance of stopping a huge problem in Roxbury before it’s too late. While in the midst of a pandemic, it is important to continue to be aware of the people who are most affected by the ongoing wave of gentrification as well as COVID-19, who are minorities. Roxbury has been undergoing racial and economic gentrification for years now, and we need more effort put into combating the issue. More steps should be taken to prevent and reduce gentrification in Roxbury.

Boston has been ranked as the third-most gentrified city in the United States. According to a recent study by the National Community Reinvestment Coalition, 21.3 percent of Boston’s neighborhoods were gentrified between 2013-2017. Little by little, Boston’s residents are noticing old homes being torn down and new fancy apartments being built up. This has been a wakeup call to some but not to the people that can make a difference.

Roxbury is a very historic neighborhood and many of its residents feel a connection to that part of it. Roxbury was home to civil rights activist Malcolm X, and that alone holds significance to the neighborhood, along with the sense of community that you feel when you live there. According to the Huntington News, “Once a vibrant community filled with black residents, including civil rights activist Malcolm X, Roxbury has become a commercial hub.”

Roxbury has been majorly affected by gentrification. Housing costs have shot up by 70 percent from 2010 to 2015, about twice the rate of the overall citywide appreciation of 36 percent during that period. This has affected all of its residents, but mainly its lower-class and minority residents. This recent wave of gentrification has been made easy due to the number of lower-class residents living in Roxbury. In a 2019 study, the NRC reported that “Roxbury is particularly vulnerable to gentrification since some 81 percent of its residents are renters rather than homeowners.” Renters are more likely to be middle to lower-class, and they are losing their homes because they cannot afford them anymore.

Roxbury has seen declines in the number of people of color living there because of new luxury developments being built that not many of them can afford. The neighborhood is rapidly becoming less diverse, which the NRC stated it is most likely a result of an “influx of young white professionals that parallels the gentrification and displacement of communities of color.” Unless we can slow the gentrification of Roxbury, it will likely become worse in the coming years.

To slow gentrification, we must slow the main source of it: luxury developments in areas that are at risk of gentrification. We should develop some early indicators of areas that are undergoing gentrification, and limit the number of luxury apartments being built in that area. We should redirect those funds into building more lower and middle-class apartment complexes while ensuring the protection of houses that are already there. This would make it easier for people to stay in Roxbury, as housing prices won’t go up as much.

To slow gentrification, we should also encourage residents to stay in Roxbury. To do this, we should reduce property taxes for long-term residents and senior homeowners in areas undergoing displacement. This would encourage them to stay, as it will become easier to stay in their house as the years go by. Limiting luxury developments, increasing affordable housing, and reducing property taxes in areas at risk will help to reduce and prevent gentrification.