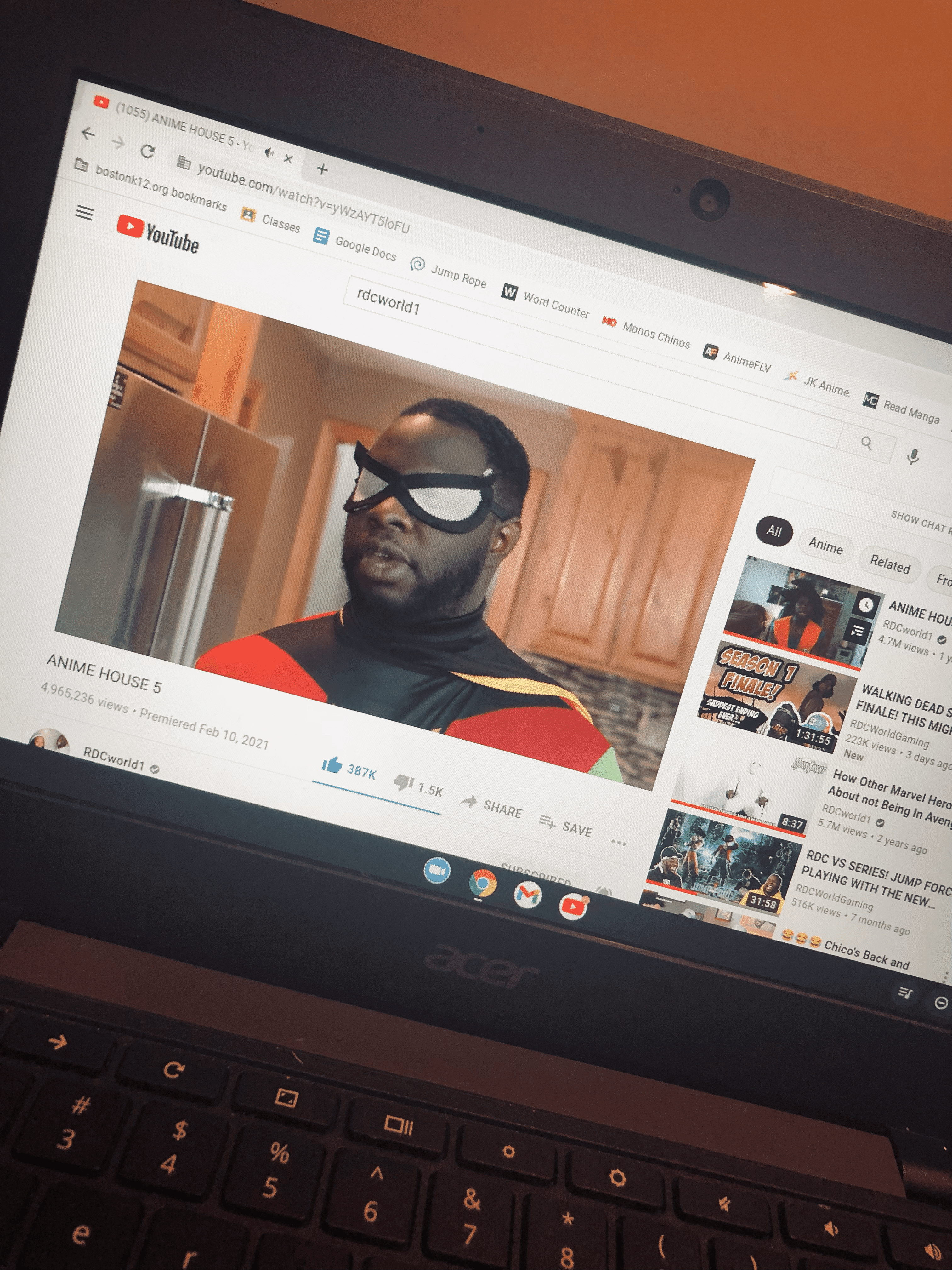 Photo of a laptops web browser on YouTube watching a video created by RDCworld1 titled "Anime House 5." Photo courtesy of the author.

One random day during the summer of 2020 I was super tired because a summer program I was doing at the time had me do a lot of writing. So I decided to go on Youtube and search “RDCWorld1” and then put one of their funnier skits on.

After all my laughing at the video along with the funny comments, I was ready to click off the video. I saw there was a minute or two left so I stayed curious as to what they would do then one of the original two members of the group Mark Phillips pops up on my screen. It's not rare for him to make a cameo at the end of the videos, but this time, his message was something that would change my outlook on life.

Before talking about that though, we have to start with how I got there.

Years prior, my grandma had moved to the United States and wanted to bring the rest of the family over. After years of waiting, her case to bring us to the U.S. was approved. But instead of the whole family leaving at once, we left at different times with my mom and me being first.

Having no experience and not understanding most of the things around me didn’t really help transition much. I expected the people close to me to help me understand my new surroundings, but that wasn’t the case.

I realized that some people I thought cared for me didn’t exactly care how I thought. Family conflict, fights, and unfair treatment showed me that people can mask their true feelings well. I learned that people can fake smiles towards someone for a bunch of time and that people weren’t going to be as reliable as I believed.

All these issues going on during ninth grade made me turn to watch videos. As simple as it sounds, streaming apps helped a lot. Going on Youtube, Netflix, and Anime apps like Crunchyroll, helped me deal with my issues even if it was just a little bit. Having stuff distract me from all the problems around me was relieving.

While I was bored watching Youtube videos one day, I found this group named “RDCWorld1.” This group had made a video about LeBron James and the Lakers and how LeBron acts after losing a game. I couldn’t remember laughing that hard in over a year, this video for some reason made me burst into laughter.

I had seen this group before, they were very famous on Instagram. While scrolling through their channel I realized that they also liked anime. They made videos on how certain anime characters would act if they lived together. Those videos improved my mood a lot since they would have me dying of laughter all day long. The ideas and the funny skits they put together managed to make me feel good.

They used to put messages after their videos, stuff like advertising their new merch, talking about future videos, or just saying thank you to the fans for the support.

But there was one video, not really that different from the rest. Even though this video was just a random video on a random day of the summer of 2020, the message at the end of this video was one I could never forget.

“Hey yoo RDCWorld, how’s it going,” he said. Usually, this would be followed by a joke or a funny reference to something, but not this time.

“If no one has told you this, remember to go after all your goals and dreams. Just like we do here in RDC, we’re all chasing after something bigger than Youtube, we want to actually change the world.”

After clicking off the video, I was shocked to hear stuff like that. It felt as if he was trying to deliver that message to me personally. Honestly, I never thought I would get such a message from a group of strangers. My perspective on the things they did change, they went from being a “funny group of guys” to a “group of people trying to make a change for everyone and themselves.” The message, as simple as it was, slowly but surely changed my view on how things were going.

Watching these videos helped me get back to doing what I loved. Stuff like writing, watching anime and playing basketball. For the first time in over a year, I thought that I was able to change everything. I started chasing after my dreams, I felt like I could do anything and accomplish everything I set my mind to. A group of funny guys was not what I was expecting to help me change my view on things but I was and still am happy that I found this group. I am grateful that I have people who I don’t know, yet they still were able to help me get through tough moments.

RDCWorld1 taught me to chase my dreams, now I want to make the best of this teaching. I want to be able to make the things I dream of become true. I want my writing to be able to reach a whole lot of people. I want to have the satisfaction of being able to help people who deal with personal issues by reading. Nowadays I’m putting in the effort. I’ve become a believer that anyone can accomplish what they want to do with their life if they just believe in themselves. After all, Real Dreamers Change the World.