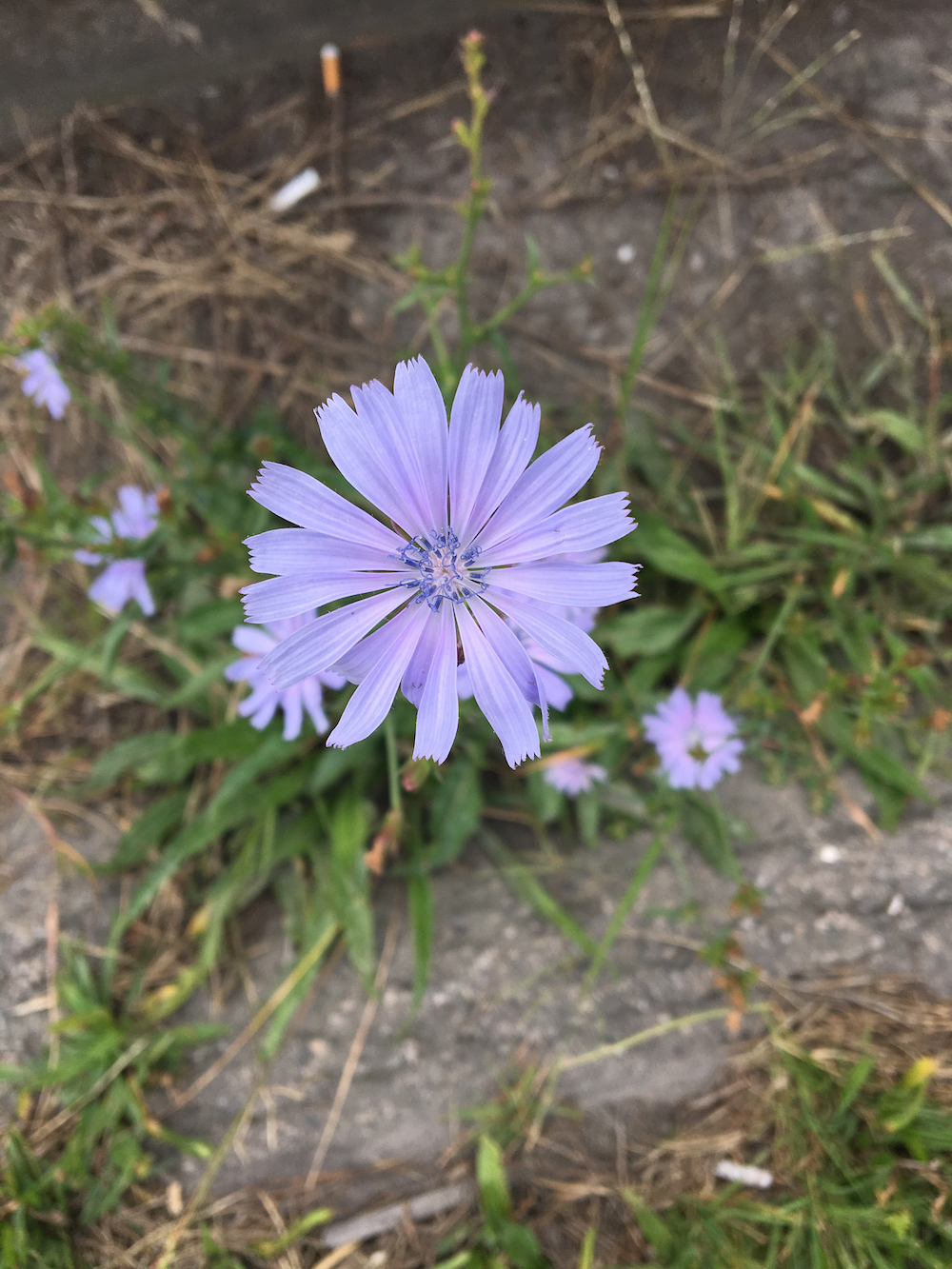 A light purple flower. Photo taken by the author.

The light affection of tapping someone (typically) on the nose & saying the word.

Example: I touched your nose as you slowly went cross-eyed and said “boop!”

It’s a weird word, isn’t it? I’ve often found myself using this word more. Oh, how I remembered being introduced to this word. I couldn’t stop using it, and at some point, it was incorporated into my vernacular. Even thinking of this word makes me feel fuzzy inside. Do you remember when you said it was such a “me” word? I can’t either…

The mix of blue and red.

You wondered why I always sent blue hearts instead of red ones like you did. I mentioned that since we both liked purple, the mix of red & blue hearts would turn it purple. You called me cute for doing something like this. Your laughter, and the sound of genuine affection, caught me off guard. I couldn’t help but smile and say the words, “no, you,” to which you retorted that we both could be cute and that I had to take the compromise. We both put purple hearts.‍

Example: You should tether me to you.

I’ve always thought of this word when it comes to rock climbing. However, I could remember when you’d scream this word to me whenever I supported you. You being so cheesy, saying that this tether was between just us. We had an invisible tether. I had to tell you to quit being so sweet to me. You didn’t want to listen to me, and I didn’t mind.

A support class in “Dungeons and Dragons” that takes all the damage of the team.

Ever since the mage class was nerfed, you always said that you wanted to go tank. I never understood why, and at first, I hated you playing tank. I didn’t like your choice. However, your charming words convinced me otherwise. I would constantly tell you that I wasn’t so fragile; that I could hold my own in those dungeon runs. You gently said to me that it wasn’t that I couldn’t take care of myself, but that I shouldn’t. I would always be protected by you, in any way possible.

A support class in Dungeons that is responsible for reviving and healing the team.

Example: Go healer, everyone is too squishy.

I played healer for all my time within dungeons. I’ve always told you that you were so reckless. You wouldn’t listen to me, nor did you want me to heal you. I pressed you in saying that it was the least I could do for you risking your life for the team. The words you said etched in my head when I told you that I was insignificant to play the class. “You’ll always be my healer. I will have no one else.”

Example: You’re such a cute bean.

I originally wanted to be a potato, however, I found it quite generic and common. I wanted to be a bean. You took it with you, and now I find you calling me your bean quite often. You wouldn’t stop calling me a “beautiful bean” and I always deny it, saying that you were quite incorrect. You ignored me and proceeded to call me your cute bean. At some point, I had to stop fighting you on it.

Example: You’re the most amazing koala.

Since you wanted to call me a bean, I called you a koala. The cute koala plush you had strengthened this nickname, and it stuck. I found it quite fitting as you were always so gentle and cute. This was a wonder that always mesmerized me on how lucky I was to have you in my life. You told me you would always cling onto me like a koala, and I didn’t mind as long as you would let me care for you.

The intense feeling of deep affection

Example: I love you.

This word is indescribable. Even though we mutter it every night before we sleep and text it every time we wake up, I can’t help but find that its meaning always grows stronger. I feel my heart swell in happiness that I couldn’t seem to find in anything else, making you seem like a personal drug. We may be young, but it doesn’t mean the love isn’t as intense, real, meaningful, or genuine as others’. God, I love you so much.