My soccer dream died; out of the ashes came guitar 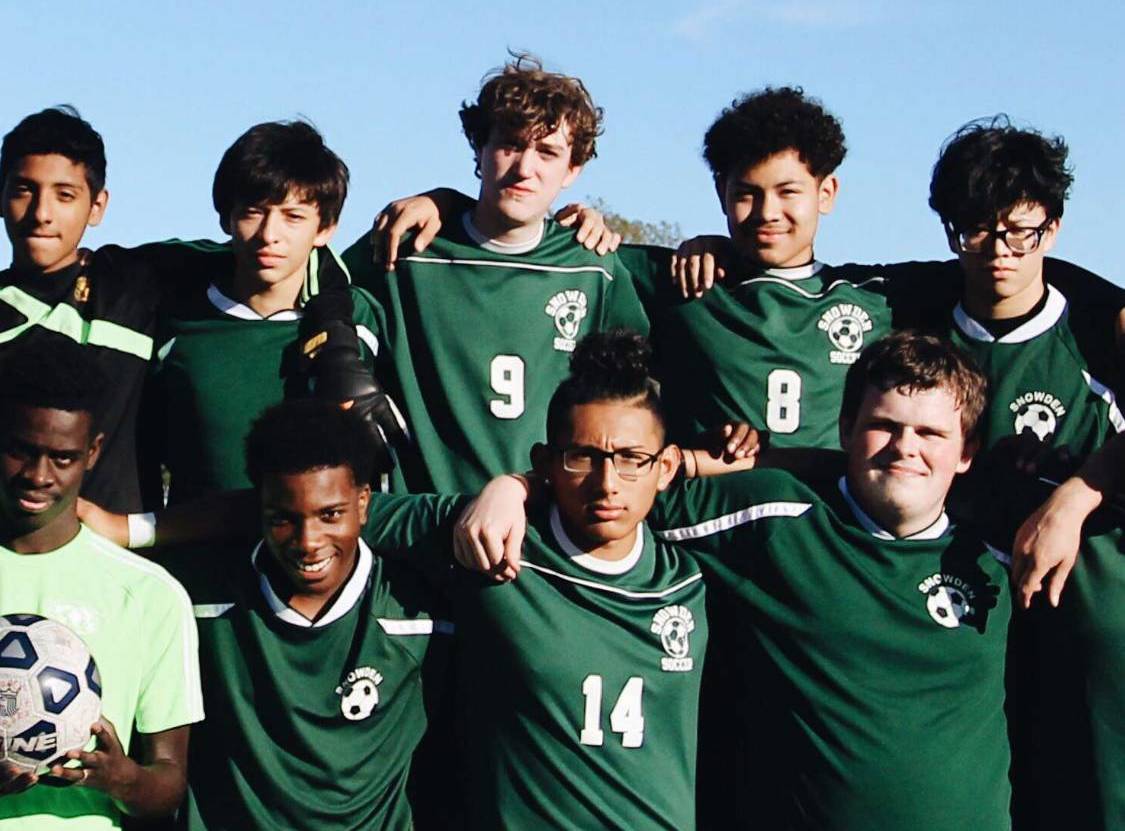 Growing up, I was a shy kid. I had friends, but not too many and I never liked to go out of my way to get more. I knew my place in school and I was happy with it for the most part. I would do the same things everyday and sit with the same people, but this started to bore me and I could feel the uneasiness growing inside me. I knew I needed to find something else. Limp and powerless against it, I could feel the desire for something new grabbing me by the shirt and dragging me along.

There was a group of kids who would always play soccer far off in their own corner of the recess yard. I was friends with a couple of the kids there but they had never asked me to play with them before since I had never shown a remote interest in soccer or even any sport for that matter. But something about the game, the way they played it, the way they talked about it, the way they could lose themselves in a pickup game for hours and hours, I knew I had to be a part of it. I remember walking over skeptically, dragging my feet along the pavement. When I got to the group I stopped right in the middle of their makeshift field and asked if I could join and to my surprise they let me. Albeit, they stuck me in the goalie position for a while but I was happy with it because I was just happy to be part of that group. So I would spend every recess, break or free class playing soccer and as time went on I moved out from goalie and up into the field where I really found the joy.

Soccer is an intense sport, though it may not seem like it when watching a game on TV and having never played it before. But when you're on that field you have to be as alert as an antelope with a lion breathing down its neck. You need to be smart. Soccer players lose their tempers easy and making a mistake as small as controlling the ball the wrong way could end up with your whole team screaming at you as if you had just shot their parents. But soccer players are also some of the most affectionate people ever. Watch any professional game  and you'll see that whenever someone scores he is met with a barrage of hugs and kisses pats on the back. I loved the feeling of scoring. The natural high that comes flowing through your body the second the ball ruffles the net is second to none, even in a game that means nothing, it still means the world.

For five years my dream had been to play professionally. Even back then I knew the chances of that coming to fruition were slim to none, but I didn't care. Then, before I knew it, I was a freshman and had just played my first full season of high school soccer. My school is tiny and we share all our sports teams with other schools. If a kid wants to play basketball they have to play for Boston Green Academy, and for soccer I had to play for Snowden. I was the youngest on the team and going into the season I was playing with the most confidence I had ever had and that Snowden team went on to set an unwanted record. We had the worst season in Boston Public School history. I was absolutely crushed. My dream had essentially been shot dead right in front of me. I spent a couple months after that season poking at the corpse of that dream to see If there was any hope of getting more life out of it but it was dead and I needed to find something new.

Some of my friends from school formed a band to play at a dance we had coming up. I did not join because I was still fresh into soccer and I didn't have the attention span for anything else, but I did go to the dance since some of my soccer buddies were in the band. The show was in the gym of the school and I remember all the kids jumbled around the band while they played and the band being completely enthralled and lost in the music they were playing. I was captivated by the energy of it and how powerful it all seemed to me, but once they stopped playing I didn't think anything else of that feeling.

One of my best friends from soccer was also in the band, he was the guitarist. He was the only member of the band that stuck with his instrument after that one show. I would go over to his house after school and play FIFA on his Xbox and he would sit on his bed practicing guitar. Eventually in the eighth grade he would get into Boston Arts Academy for guitar, which meant we would be going to different schools for the first time since the third grade.

Then came freshman year. My soccer dream was dead and I felt up for a new challenge. The first thing that came to my mind was the guitar. But I was afraid. I had loved music as a kid and my first ever idol was Ringo Starr of The Beatles. My parents both grew up in the 60’s and 70’s so The Beatles played constantly in my house. I was given a guitar when I was three or four even though I was saying I wanted to be a drummer. I had no clue what I was doing with the guitar and I eventually destroyed it trying to pretend I was rock star one afternoon.

The guitar community, like the soccer community, can be a great and awful place. The most intimidating feeling in the world is walking into a guitar center and hearing some random guy in the corner playing the most beautiful solo ever, when you know damn well you can barely hold the thing correctly. But my fear fueled my interest in guitar. I started watching YouTube tutorials on how to play my favorite songs even though I didn't even own a guitar yet. My interest in it kept growing and I stopped caring about what other people would think of my guitar playing and just thought of how much fun it could be for me. So I got one and I still play it now. I can't see myself stopping anytime soon.

For all of time, humans have cared and feared what other people think. For some that fear grips them and their knees buckle when they feel it and they retreat inwards and don't let anyone near them. For others that fear drives them outside of themselves and into doing things they never knew they could. Sadly most of us go the way of the former and we never go out of our ways to try the things we want but are too scared of failing or being judged. Who knows how many unbelievable artists or musicians or athletes we have missed out on because they were too scared to risk it. There will be a lot of these moments in our lives. When we want something but at the same time we stop ourselves from chasing it. We need to learn to shut that part of us up and focus just on what could go right instead of what may go wrong.