My friends sent me a haunted doll 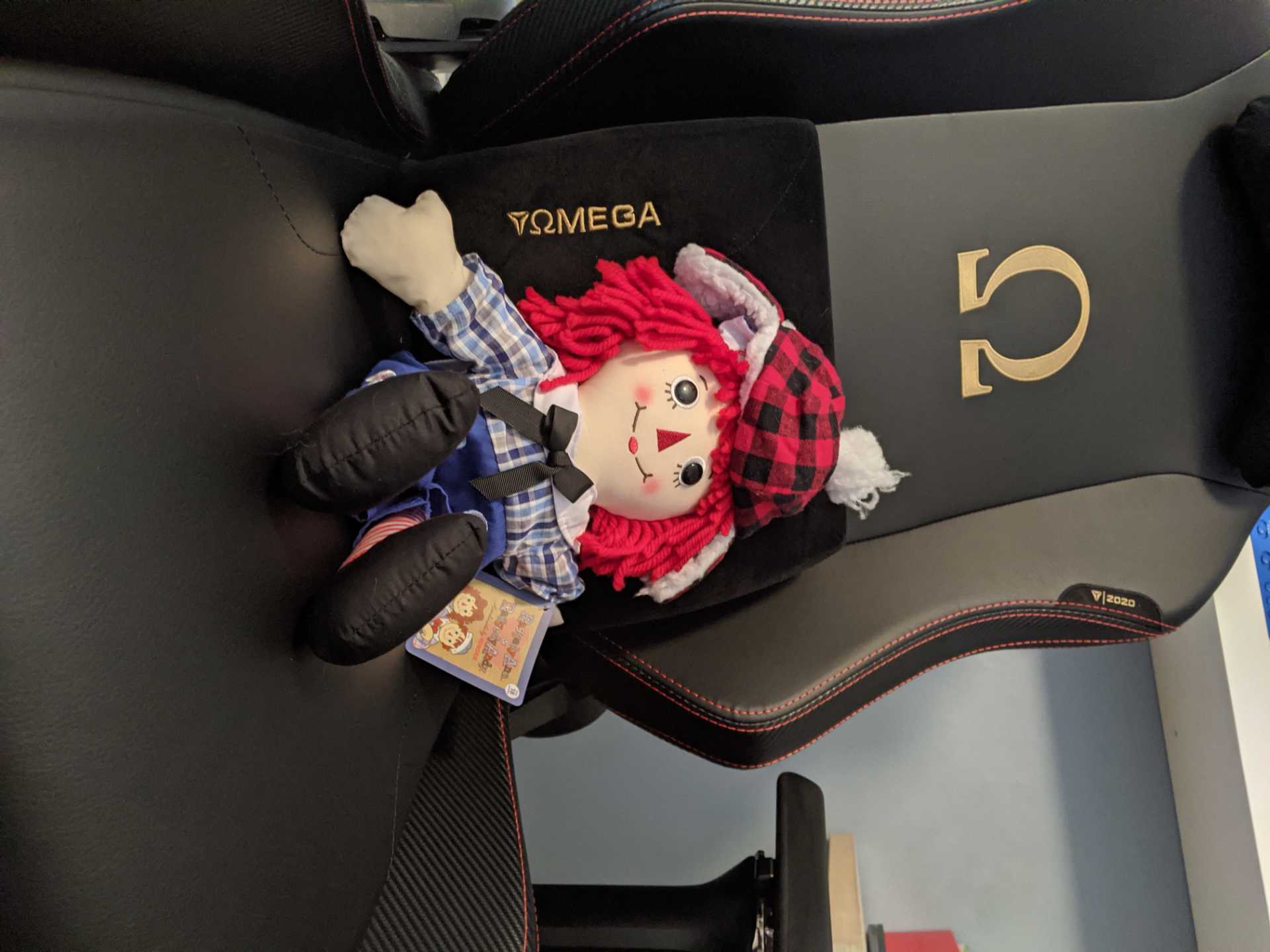 A Raggedy Ann doll in a desk chair. Photo courtesy of Maxwell Hughes.

Not to brag, but making friends has always been easy for me. I’m friendly, and when it comes to initially making conversation I tend to be good at it. Nevertheless, I’ve always been fairly introverted. I have lots of “friends,” but only a couple friends that I know in person that are really good, close friends. The majority of my best friends I’ve met online through playing video games.

Now, this isn’t to say I don’t do stuff with my “IRL friends.” I go to the movies, talk to them, and enjoy going places and hanging out with them, but I tend not to be the type of person who goes and seeks out those opportunities as much as others. That said, one of the things in life I want to do the most is meet my online friends that I’ve known for years in real life.

This may not be practical in all cases, seeing as some of them live hundreds, even thousands of miles away either all over the U.S. or abroad, but it is still a common goal among all of us to meet up one day and do stuff together, whatever that may be. Something about finally meeting the person you’ve talked to everyday for the past x amount of years is totally magical, and I can’t wait for the day where I finally get to give my best friends a high five and a hug for the first time.

Recently, me and my friends have started binge watching many different horror films. Normally, we all play video games together, but with quarantine happening and video games being practically the only thing we can do, we’ve naturally all gotten a bit fatigued with playing the same games over and over again for months. Thus, movie night with the boys has become commonplace.

The very first movie we watched to dip our toes into the horror movie genre was called Annabelle: Creation, and is a movie which is part of the Conjuring universe. All of these movies, or at least most of them, claim to be based upon a true story, or at least loosely connected to one. This movie was no different.

As the story goes, in 1970, a 28-year-old nurse got a Raggedy Ann doll as a gift, and after receiving it, she began to notice that the doll would move around on its own. The doll was supposedly “haunted” by an evil spirit that tormented its owners. Now, the movie is largely glorified, and the doll in the movie is not the Raggedy Ann doll, but rather a much scarier, much more creepy, semi-realistic doll. Nevertheless, my friends decided to mail me — as a joke — the very same Raggedy Andy doll (they accidentally ordered the male doll instead of the female doll) from the real-life story.

Now, I’d be lying if I said it didn’t creep me out at first. The Raggedy dolls, despite not being as creepy as the doll from the movie, were nevertheless still oddly unnerving to look at. However, I took a doll-sized flannel pom-pom hat that we jokingly got for one of our cats, put it on him, gave him a fist bump (on the off-chance he really WAS haunted) to really make sure he knew that we were bros, and that was that.

The following morning, when I woke up, he had moved from my bureau to my right, to my desk at the foot of my bed. Of course, I expected this. My dad had played a joke on me, and despite me knowing it was him, he denied it.

But of course it was him …

High school is a struggle. You go through years of being a kid, and all of a sudden, by the time you hit the end of the tunnel, you’re basically an adult. At my high school, Boston Latin School, that issue is only exacerbated. Not only did I spend all four of my high school years at BLS, I also spent seventh and eighth grade there as well. Six years of my life, all in the same building … as an 18-year-old, that’s a third of my life!

Now, BLS grads usually get to celebrate, as all high schoolers do, with a graduation, but our class wasn’t afforded that luxury. Due to the coronavirus pandemic that has put the brakes on all of the world’s plans, many of the students throughout Boston at the various exam schools missed out on the finale to all of their hard work. It’s tough — on one hand, you feel like you’ve been robbed of that moment of recognition, that moment of celebration. Yet on the other, you can’t reasonably justify putting everyone in danger to gather to do the celebrating. These are odd times, and many, if not all of us, are experiencing things we previously had never even considered could happen. The loss of graduation and other senior festivities are some of those things we never considered we could lose.

If there’s one thing to take away from this pandemic, it’s to appreciate the moments you’re in and the things you have before you lose them. Many of us said goodbye to our classmates of 6 years that one day before schools shut down, not knowing we wouldn’t be seeing each other again until after we’d received our diplomas. And despite this leaving a bitter aftertaste in our mouths after all of the hard work we’d put in, I know that my fellow classmates from the class of 2020 will move forward and upward, and go on to change the world for the better, so that other classes in the future will get that recognition, that celebration, that graduation.

Here’s to the graduationless class.