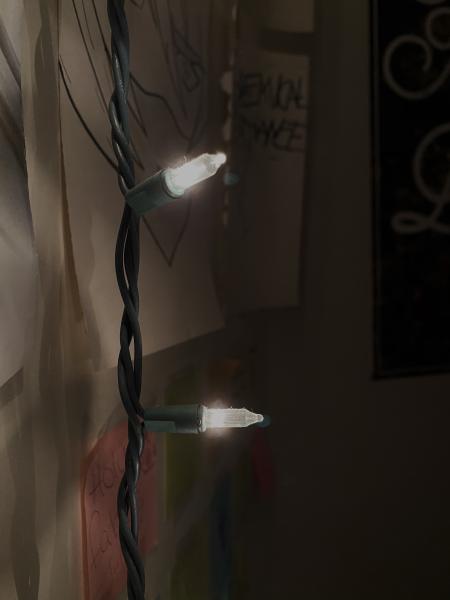 At age nine, my mindscape matured, per say. I always had a place where my emotions would go, but it was never something I categorized as my “mindscape.” Before, it was more just my normal brain and normal thoughts. Within my mindscape, though, is where I handle my emotions. I was confronted by many new changes and new emotions due to the fact that my parents were getting a divorce. I was all for it — leaving behind the person who hurt my mother. I would think to myself and say to her “yes, I absolutely think we should go, if not you will be sad, mama.” So we up and went and left that toxic part of our lives behind. As I grew, so did my mindscape.

From the ages of eleven through fourteen, I do not remember much about my mindscape. It turned into white space that felt everything and nothing all at once. I had thoughts, bad ones — excruciatingly painful ones — for a long time. I was on the brink of both living and dying, not knowing which would befall on me each passing day. Hiding in spaces that were small and dark to try to get away from everything going on inside my head; thoughts of dying and what it would be like if I wasn’t there were constantly present. Why am I even here? What the hell am I even supposed to do? I had these thoughts no matter how much I hid and tried to drown them out. But as I started to change, so did my mindscape.

At age fifteen, I started high school. My mindscape started to become a house. This is how I would describe what my emotions were and how severe they felt to my future therapist. High school was a whole new clean slate to mark up and dirty. I lost and gained friends. I struggled a lot with finding my purpose and constantly felt that everything was fruitless and pointless, but I still managed to get into a Harvard program and stay at the top of my classes. Throughout everything I was learning and growing, becoming a closer version to my true self. I made countless mistakes this year, got involved with the wrong people, dated a messed-up guy, and wasn't working to my full capacity. Things that my younger mindscapes would have never even seen coming or allow me to do. But this drastic change in who I was was just the beginning of me full-fledgedly breaking out of my old shell and personality to form a new one. So as I began this dramatic change, my mindscape had to go through one too.

At age sixteen, my mind house was totaled and became a mansion. My mansion was huge and glamorous — everything anyone would want right? Wrong. Oh, so wrong. The more room I had, the more room my mindscape had for so many overwhelming thoughts and emotions that practically consumed me. I thought only about how things could go wrong, the extremities, the extremities of what others would do to me or think of me, the whole shebang. There wasn’t any control in this massive place. I was back in the hole that I was in when I was younger, and I was falling fast. There was only so much keeping me from falling into the abyss and never escaping. But just as all this was going on, my mindscape changed.

At age seventeen my mindscape is still ever-changing. It can be a white space that feels nothing, a house where I can easily describe where my emotions are, a field of green grass where I go to calm myself down that overlooks the ocean at my favorite spot when I need to be at peace, and so many other forms. The emotions, thoughts, and voices in my head have calmed now that I have taken time to love and understand myself. I have become at peace with myself and what has happened to me, because I allowed myself and my mindscape to grow.