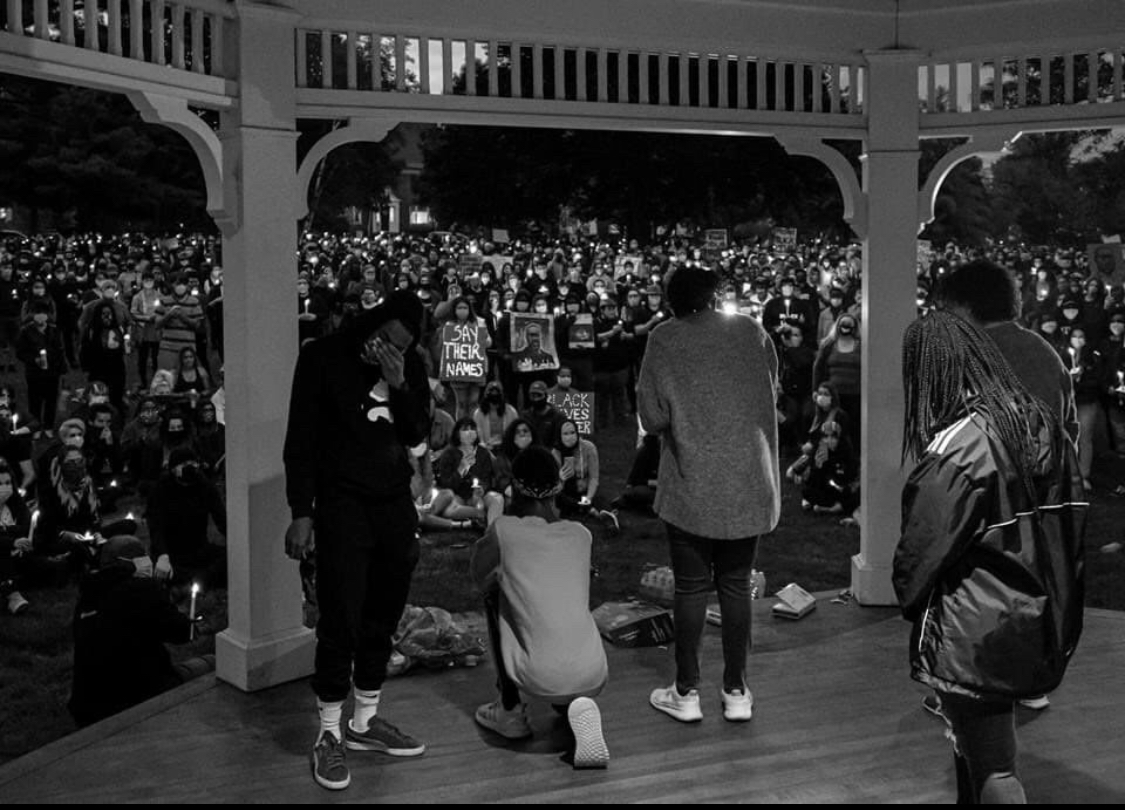 Hosted at The HopKnot by Juneteenth Manchester and the local Black Lives Matter chapter, the evening included speakers, music and artwork inspired by the BLM movement.

“It was great to see the whole city come out and support us, because it was at a time where we were still trying to figure out if Black lives actually matter to this country. We were fighting for our right to exist,” said Tyrell Whitted, a member of BLM Manchester.

Whitted is a local rap artist who organized the first BLM protest in Manchester in 2016. He’s been involved in multiple actions using his music to make a difference and is working with Queen City PRIDE to improve relations between people of color and the LGBTQ community.

“I use my artistry. Sometimes I'll write a poem that I can say like a speech at a vigil that will convey my feelings a little differently than just screaming them,” said Whitted, emphasizing the importance of Black art.

“Collectively as more mayors and governors make it an official holiday in their respective cities, states, and areas, that’ll push the movement to make it a national holiday,” said Tia Parker, the host of the Juneteenth celebration. “I feel like that’s my small part in making that bigger picture happen.”

Similar to Whitted, Parker emphasized the importance of art and community togetherness at the core of the BLM Movement, especially when talking about plans for future actions.

“I’m trying to continue to find ways to keep this movement going that’s not necessarily a protest or a rally but finding little ways to stamp this town with a little more blackness, reminders that this is still a diverse community and something that we should recognize and honor,” said Parker when asked about moving forward with Black Lives Matter.

Currently, the art pieces from Juneteenth are on display in a freedom show at the Diane Crespo Fine Art Gallery, but the continued push for equality doesn’t stop there.

“We also had a COVID testing party where we were reaching out to people that were protesting and telling them to come get tested. We’re probably going to have a voter registration party,” said Parker.

“I’m just generally trying to do more fun community outreach but keep the conversation going about Black Lives Matter and being really positive about embracing the BIPOC community,” he said.