I've been reflecting a lot lately 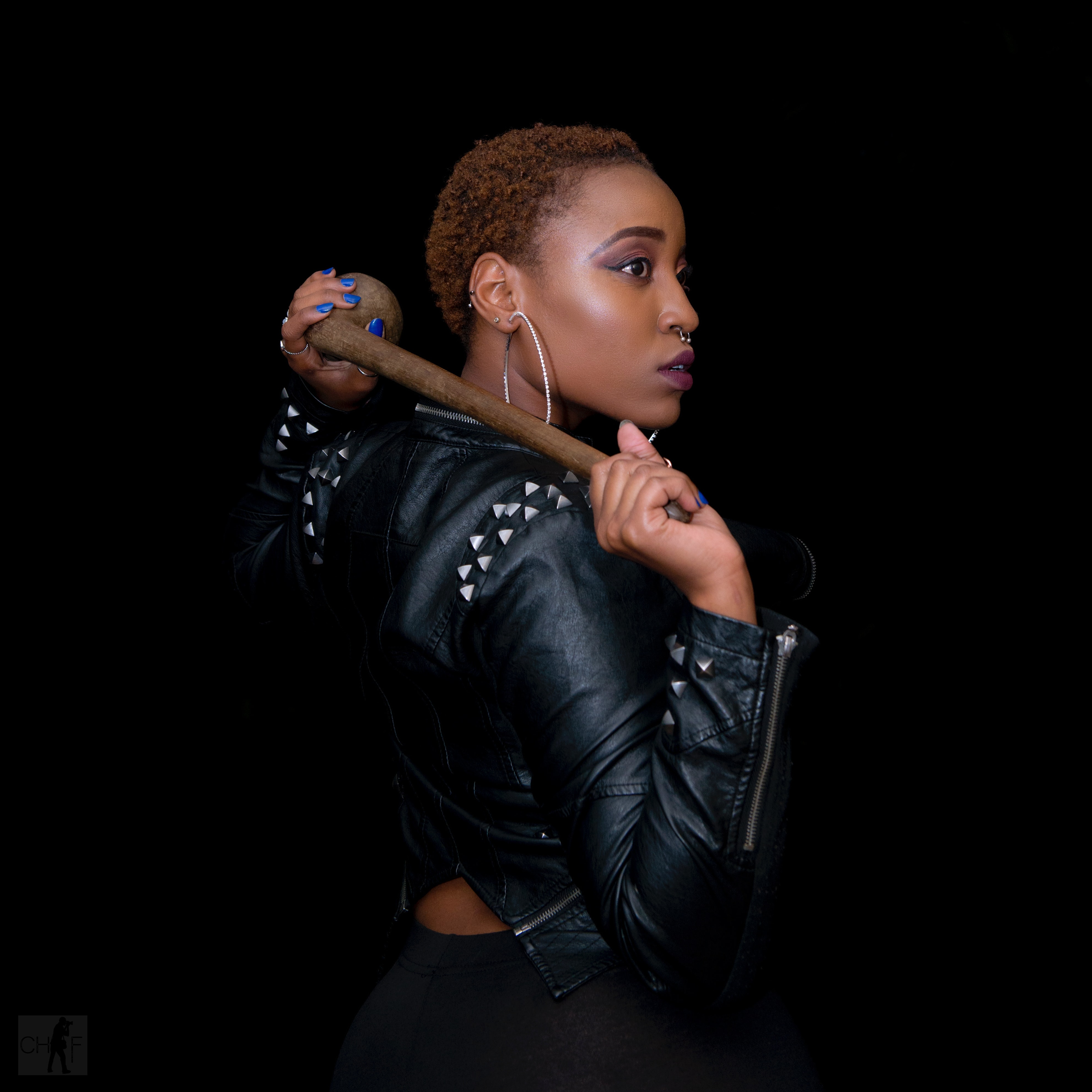 A Black woman in a leather jacket holds a wooden object. Photo courtesy of Terricks Noah on Unsplash.

Being home for months has been boring but it’s helped me think a lot. Since I’ve been alone, it’s helped me think of stuff I need to work on regarding myself and my plan for the future. I plan to be a chemical engineer or lawyer, but those take wayyyy too many years of school. I don’t wanna be like any other girl my age that does hair and nails, because I don’t have the patience and it's too girly for me. In the law field, there are not as many women compared to men 'cause women weren’t allowed to have jobs like this for an extremely long time.

I’m thinking about doing the big chop as well. My hair is pretty damaged, and I wanna cut it short but I’m just nervous. I would wear wigs so I wouldn’t have my natural hair out all the time, but wigs make your head sweat, and they’re too much to keep up with. I also wanna dye my hair, but I can’t decide on a color. I wanna switch my style up too. I like baggy t-shirts and pants. Baggy t-shirts are the most comfortable to sleep in, cause they're like large flowy dresses. Personally, I don’t really like dresses unlesses they’re maxi dresses that I can wear with a jean jacket or something. Wedding dresses are pretty as well. I like the ones with the big puffy bottom because it reminds me of Cinderella’s dress to the ball.

Quarantine has been boring so far, but I've found ways to make it fun. I’ve spent time with my baby cousin, stuffed my face with cinnamon rolls and have watched mostly all of Netflix’s movies.

While in quarantine, I’ve realized that some movies and shows have bad acting, because before I would’ve never noticed. I’ve also heard that us students may go back to school in the fall, and I don’t think that’s the best idea due to many of us getting sick. Most schools can’t follow proper hygiene rules like putting new soaps and rolls of tissue in the bathrooms, let alone scraping gum off the bottom of desks. Many teachers are already underpaid and it wouldn’t be right to put us students or teachers at risk due to America’s lack of thought when it comes to health.

I’ve also learned about other countries' issues via TikTok. We can learn about so many cultures there because there is a wide variety of people on the app. This can break the stereotypes that we MAY know or think about others. It has really opened my eyes and helped me learn how different but similar we are. In the Middle East, they use rice in every dish like how most Japanese and Korean people use white rice with their meals. Even though they both taste different, it’s the same. I would love to try each of the meals one day regardless, but for now I can only dream.

While in quarantine, many of us have watched the recent killing of George Floyd. He was a father, and a man that was loved by the Minneapolis community, as we can see by the riots and protests. Breonna Taylor was a woman that was killed by Louisville, Kentucky police while in her bed sleeping. Both of these deaths have affected the Black community even more since the killings of Trayvon Martin, Sandra Bland, Oscar Grant and more.

These protests are a peaceful way to get our point across without using violence. Although it does turn into rioting when excessive force is used by the police, or when our voices are not being heard. It’s not right to riot, but I completely understand why people would do so. It seems as though when we peacefully protest, the news outlets and all of the major companies don’t wanna shout us out for that, but when we riot and cause issues, all of them wanna have news coverage for it to make the BLM movement seem like it’s a violent one.

Hopefully, my generation can change this problem. Many of us are able to see what’s going on, and point out the wrongs and rights within society. We will teach our children to think this way too. Many of us aspire to change the world, even though that’s going to be a large change that may not work. But at least we are fighting for equality.