I will still be me 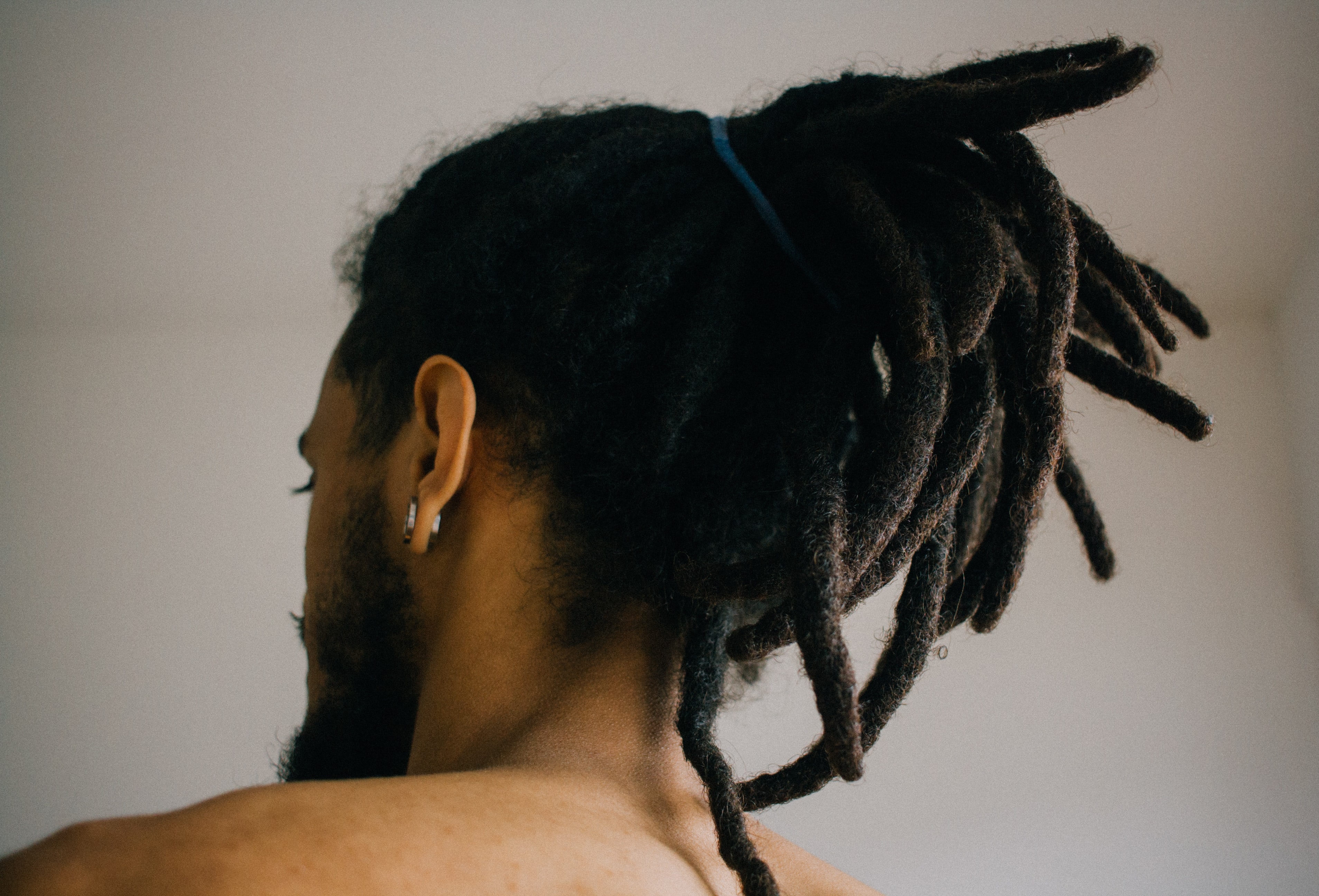 Photo of a person with dreadlocks facing a white background. Image courtesy of Romina Farías via Unsplash.

On a beautiful Sunday evening when earlier this year, my brother and I sat on the roof of our family home in Haiti. The wind was very cool and it was very peaceful. When my brother and I go up there, it’s to enjoy the wind and the view we have. For example, we can see the green mountains and some other houses from far away. Life always looks good from up there.

It is common for me and my brother to sit on the roof almost everyday. We would just sit sometimes and not talk about anything serious and just tell each other jokes, but sometimes we get serious. My brother and I are a year apart and we get along very easily. I think this has something to do with the fact that he is one year older than me.

That day, me and my brother were talking and laughing. We were sitting down talking about a lot of things related to our future, like how we want to look, what job we want or what we would like to do. During our conversation, my dad walked by as we got to saying how we would like to change our look to a dread hairstyle and be an independent kind of person that can do what they want. I have never been a fan of jobs and neither has my brother, and we were saying how we would like to create ourselves in the way of just being independent people and not having to work for anybody or any company. We talked about how we would like to change our looks in a way that makes us happy. However, that vision seemed to be an issue with my dad. As soon as he heard us say that, he started talking and saying that it is bad it is to have dreads, as if dreads show that you are a person with a terrible background like a thief or a member of a gang. He told me to not do it and also gave me a look of anger and disappointment.

I did not take it personally, even though I felt angry too. This is because most parents are like this, especially Haitian parents. They are so judgemental about a person’s looks. Like if a person has dreads or tattoos, they automatically think that this is a bad person and they have a bad background. I sat there with my brother and listened to what dad had to say. After that I discussed it with my brother because I was not having it. I was thinking, “What?! I don’t get it. Am I not allowed to do what I want, or do what makes me happy? Do I not have a voice for myself?” It felt like what I wanted did not matter, but what would look good for him mattered instead. Nobody had walked by but there were other people downstairs, some were talking and drinking. My brother and I actually laughed after this conversation because we want to make ourselves happy, not do what someone expects.

This is an important thing to consider: whether someone should have a choice of how they want to live, or if what they do in life should be advised by someone. I’ve experienced the latter every day, getting told by parents to go to school, learn to be a doctor or lawyer, and getting told to look a certain way. This made me think that children do not have a voice. Though, a kid should do what their mind sets them to do, not just what they get told by their parents. This idea matches most kids' thoughts, really. In most homes around the world you will see that this idea started as parents not giving their child's choices and teaching them their ways, instead of imagining a new life for them. People believe it because it is true; they were kids once and can relate.This experience changed how I think about things in the way of showing me that family expectations toward some kids is not particularly a good thing. In some cases, the kid does not get to choose what’s good for them, and it gets chosen by parents instead.

For me, I still plan to get dreads. I will still be me.