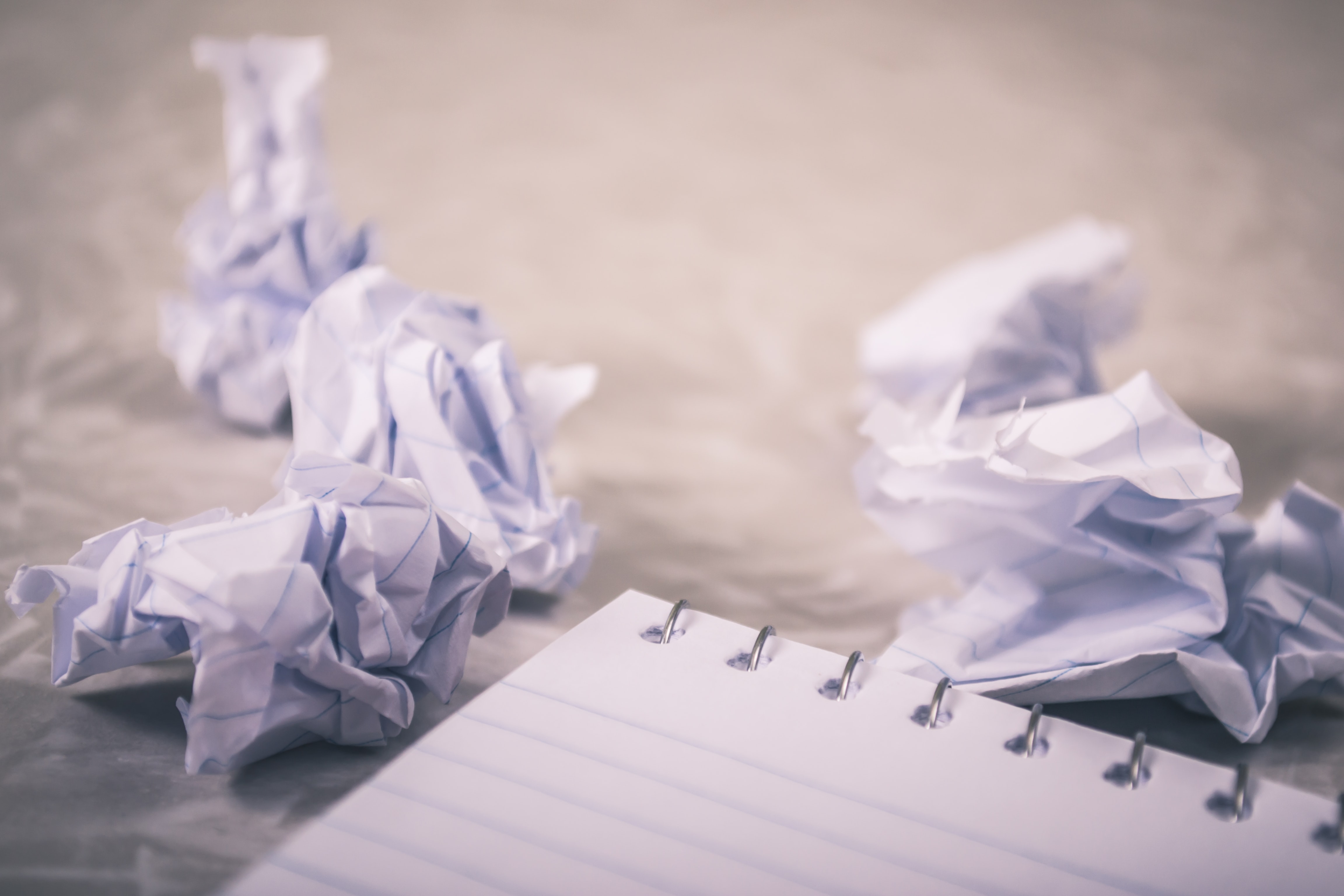 A notebook surrounded by crumpled pieces of paper. Photo courtesy of Steve Johnson on Unsplash.

I try hard. I do, and I think it’s something that anyone who knows or meets me can tell. I pride myself on being someone who, throughout all of my school career, was almost always on top of my game.

However, I never have felt like a stand out individual. Never felt like, despite how smart I might feel, or how much I felt like I put myself out there, there wasn’t anything extraordinary about me. This especially plagues me as of late, as after years of uncertainty, I decide that film is the world I wanna throw myself into. Film, after convincing myself that I didn’t need to be in the arts to be fulfilled in life (I do) and convincing myself that maybe I can be just as passionate about more "realistic” or "grounded” careers, like something in science or law. Not to say those are bad careers, and they definitely would be something that I would not consider at later points in my life. But right now, I find no puzzle piece that can complete the bigger picture of my life like movies and writing can.

But my worries come when I think of how I’m gonna get there.

I enjoy solitude. In fact, I need it. As much as I enjoy hanging out with my friends and family, there is nothing I need more than time and space to just exist in my own little bubble. I wish that taking the train or going for a walk was enough. But I‘m like an old smartphone. I need to be plugged in and left alone. If you want me to charge faster, you can’t keep coming up to me and checking in. If you don’t want me to overheat, then you won’t keep playing games or watching stuff. I have to be left alone.

Fact of the matter is, I’m not very friendly when I want to be alone. Living in a small apartment with seven other people and being a creature of isolation do not mix well, most times. It’ll often lead to frustration tears or an overwhelming sense of woe. And no one else understands it, because while you may consider yourself a fiery person at times, you are nothing in comparison to the company at home. And there seems to be no setting but the one. So what are you to do, besides never feel filled up on that solitude meter, and try to fill it anyways?

One of the most difficult things to deal with is writer's block.

Seriously. I think that if there is one thing I wish I never had to deal with, it would be writers block. Though, maybe that isn’t entirely true. Writer's block can often be a good learning experience. But the frustrating part often isn’t because I have no ideas — it’s more the opposite. I have so many ideas: specific, super vague, dumb, exciting, cool ideas that I think of in a moment and wanna work on but get stuck because a number of reasons. Sometimes, I only can fixate on one aspect, like getting stuck on the end and not the stuff that comes before. Sometimes, I only have characters but not a setting to put them in. And sometimes, it’s just not an idea. It’s just not.

But sometimes, I’ll see an image. A fleeting one, but one that sticks out, and punches me in the gut. Well, taps me on the shoulder. And that image inspires me. It says, “hey, I have something I wanna say”, and of course I reply, “Let me see what I can do.”