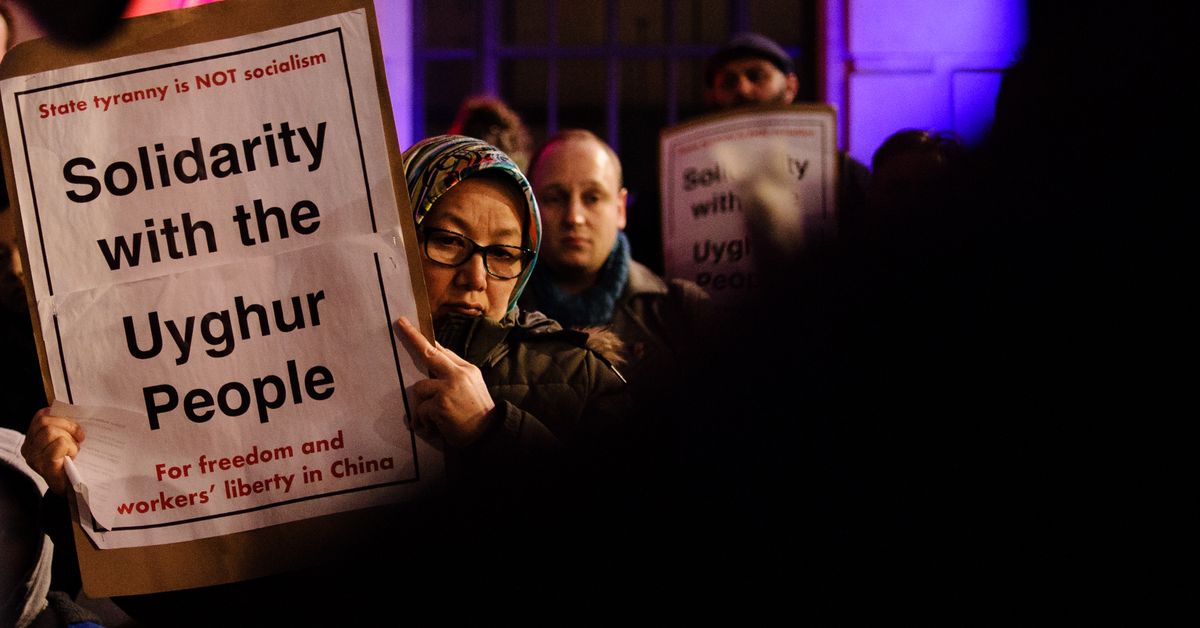 A protestor holds a sign in solidarity with the Uighurs in China.

The Uighurs are a Muslim ethnic minority group who are mainly in the northwestern part of China, Xinjiang. They are village dwelling people and live mountainous areas. However, these people are being put in concentration camps by the Han Chinese government. These camps are holding other groups such as Kazakhs and Uzbeks.

They are arresting people for going to mosques, visiting Muslim populated countries like Turkey, having more than three children, and singing messages from their Quranic verses. The government has also forced thousands of women and men to marry Han Chinese, and to have children with them so they can try to get rid of the Uighur bloodline. They also have to name these children with traditional Han names, instead of traditional Muslim names like Fatima or Mohammad. The government has also sent workers to live with some of these families, to make sure they aren’t talking about anything related to their religion whatsoever.

This honestly makes me feel so sick. These concentration camps are inhumane and nobody should ever be put through this again since millions of Jews dealt with this in the Holocaust. The world is turning a blind eye to what is happening to the Uighurs (Chinese Muslims) in China right now. This isn’t fair, and if they weren’t a group of minorities in China, then they would be free like us, to walk around and enjoy life without being punished for their spiritual beliefs. The Chinese government is doing this due to them feeling as though the Uighurs have always been “backward.” During the last decade, Beijing has seen the Uighurs as a terrorist group, this allows them to not feel pity for what they are doing to these poor people. Many countries are turning a blind eye to this crisis, and one of them is the United States. Donald Trump believes that what China is doing to the Uighurs is the right thing to do. This honestly isn’t shocking, since he does the same thing to Mexican people who are just trying to be here to get a better life.

I am writing to people of the world. We can solve this problem by bringing more awareness and putting China in the spotlight to make them realize that what they’re doing is wrong. Although they may not agree with the world's opinions we can still fight, and try our hardest to make a point. Also, the Chinese government has blocked all types of social media due to them thinking it would make their people more “western”. We can raise more awareness by protests, since those are verbal and sharing on social media so more and more people will know about what’s going on at the moment. Petitions can also be signed, but other than that, there’s not much we can do to help. Hopefully one day this all ends, and the Chinese government gets consequences for what they’ve done to these innocent people.