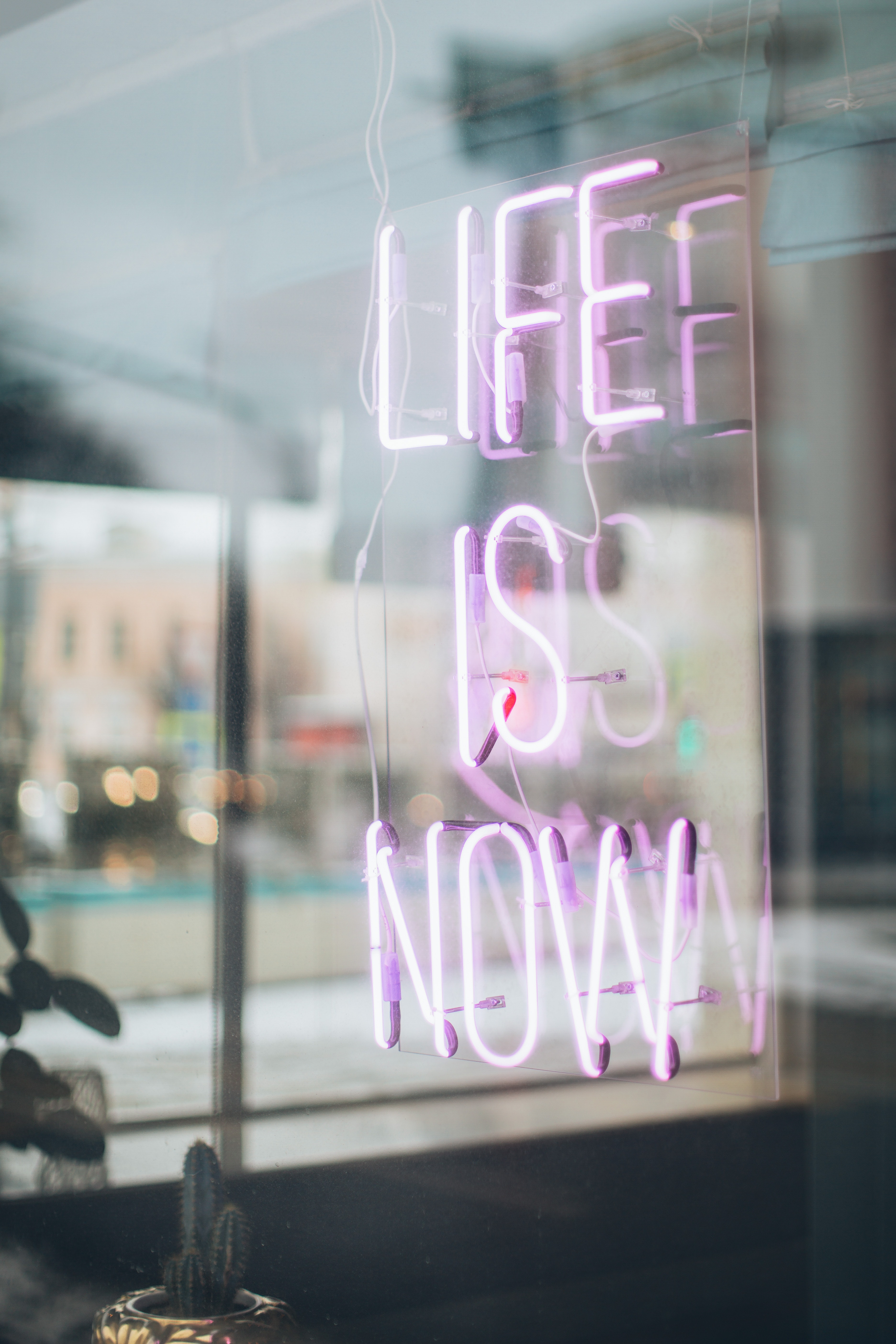 Neon sign in a window that reads "life is now." Photo courtesy of Elina Fairytale on Pexels.

Ever since I started school back in 2007, I knew that I wanted to graduate and show my immigrant parents that their hard work coming to this country has paid off. Although my senior year was taken away from me due to the Pandemic, I was still very excited to walk across the stage. Finally, after 14 long and strenuous years, I accomplished my goal of becoming a high school graduate.

In the past, I would always respond by saying, “my goal is to graduate high school.” Now that I have achieved my goal, I no longer know how to answer this question.

“Goal in LIFE,” what does that even mean? It’s as if everyone was expected to know exactly what they want for their future. Also, why does the goal have to be for life? Why can’t goals simply be something simple, like eating chocolate ice cream on a hot summer day? Is simply existing not good enough?

While most people around me had future goals like becoming a doctor or the next president of the United States, I had only planned out my life for the next few months. So naturally, I decided to take the next expected step after graduating, which is to attend college, but these plans were not necessarily goals or dreams of mine. It felt as if I was missing something that everyone else had: another goal after high school.

Like a true journalist, I had to find a conclusion or explanation for feeling so lost in my goals and dreams. There had to be a reasoning behind this, right?

Not surprisingly, my investigation only lasted a week. Deep down, I knew that it wasn’t something that could be easily cured or solved. Instead, I have decided to change my mindset concerning goals.

Viewing dreams as something interchangeable and not set in stone helped me realize that not everyone has goals or needs to create one in order to feel validated in what they want to do in the future.

While goals/dreams can inspire people to better themselves, they can also create a restraint on many young people like myself. Where the only thing we look forward to is completing our dreams. Only limiting our life down to goals and dreams can stop us from taking in what is around us, like the present day and in the end, can leave us with the feeling of being lost and even regret, like missing out on being youthful and spending time with those we love.

It’s ok not to have goals for the future, or your goals only be for an hour, day, or year. There is no need to plan the future when we still are living in the present. Just being here, in the now, is more than enough.