It is only right to help 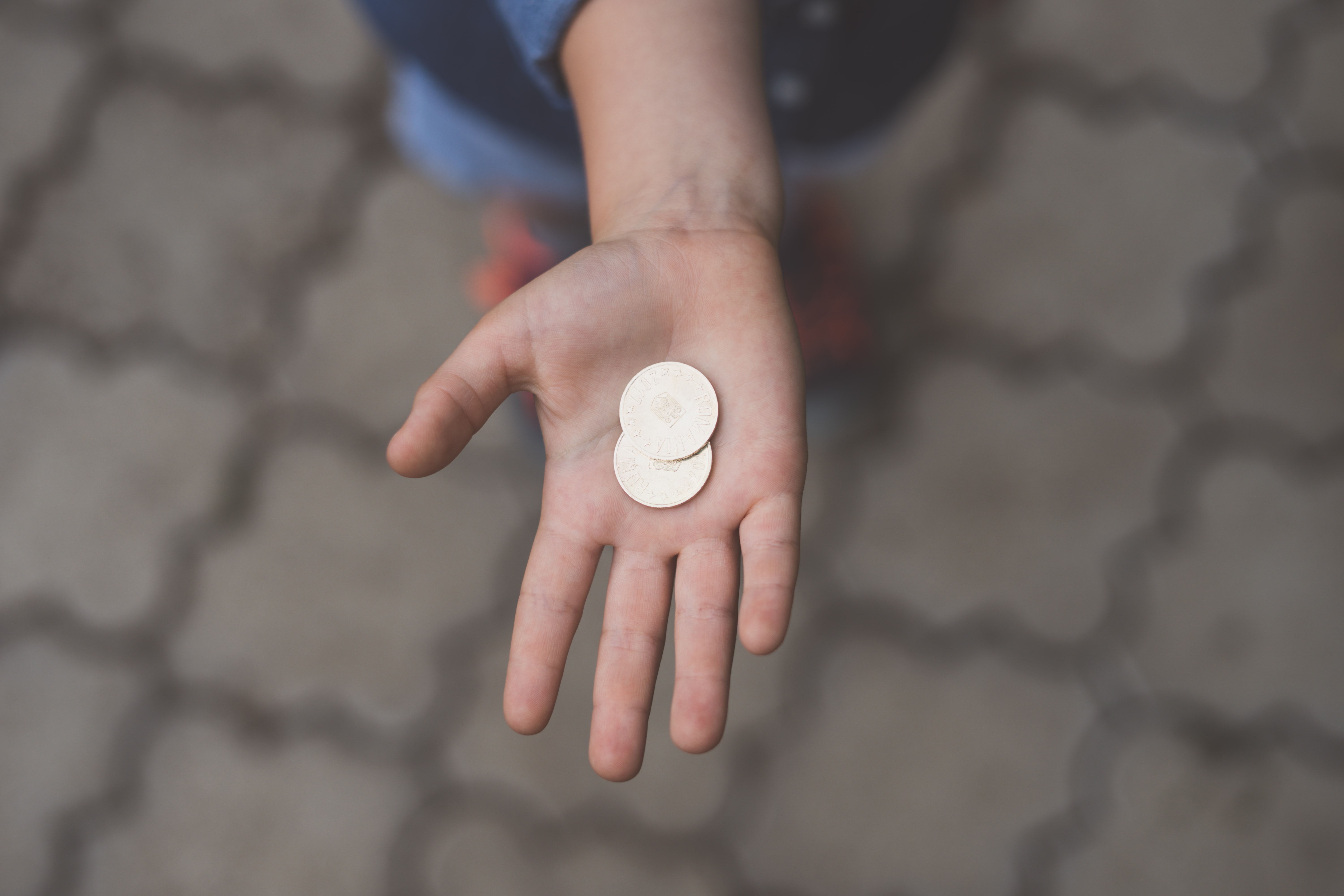 Photo of two coins in a person's hand. Image courtesy of Jordan Rowland via Unsplash.

It all started when I was waiting for someone outside. It was a Sunday evening and it was kind of cold. It was about to be night time but the streetlights were still off.

He came up to me and started talking.

Then I said, “I don't have nothing on me right now, if I had it I would give it to you.”

He wasn’t mad about it. He just said, “At least I am not doing bad stuff.” I did not say anything.

After that, he was just standing there asking everybody that was passing by for a dollar. Some people gave it to him, and some didn’t. He never got mad when they say, “I don’t got it,” or when they just walk and keep going their way.

I watched him do that for about 15 minutes. He stayed in the same spot, and started telling his friends to get out of his business area. He was a funny guy.

I went up the street a little bit and I saw the person that I was waiting for coming. Once more I passed by the same guy in the same spot I had left him.

I knew that he was standing there for a long time. I guessed he might want something to drink, since I thought he might be thirsty. So, I gave him my Gatorade that I did not drink. When I gave him the Gatorade, he was as thankful as if I gave him the dollar he had been asking for. He was saying, “I appreciate you,” and some other things that I did not hear because I had to go.

After that encounter, I was thinking about it still. I thought that if he was out there asking for help it's because he needs it. I helped this guy that was probably in need in a different way that he asked me for. The idea came in the moment after just seeing him asking for money, and seeing some passersby give to him and some not. His need seemed real—he probably wouldn't do that if he was in a good position.

This experience did not change the way I think. I believe it is only right to help, even if it is in a different way than you are asked, if you are in the position to do it. Not everybody thinks about it the same way. But you see, that one dollar is probably not going to make any difference to you, but is probably a big thing to somebody else that is in a different position.