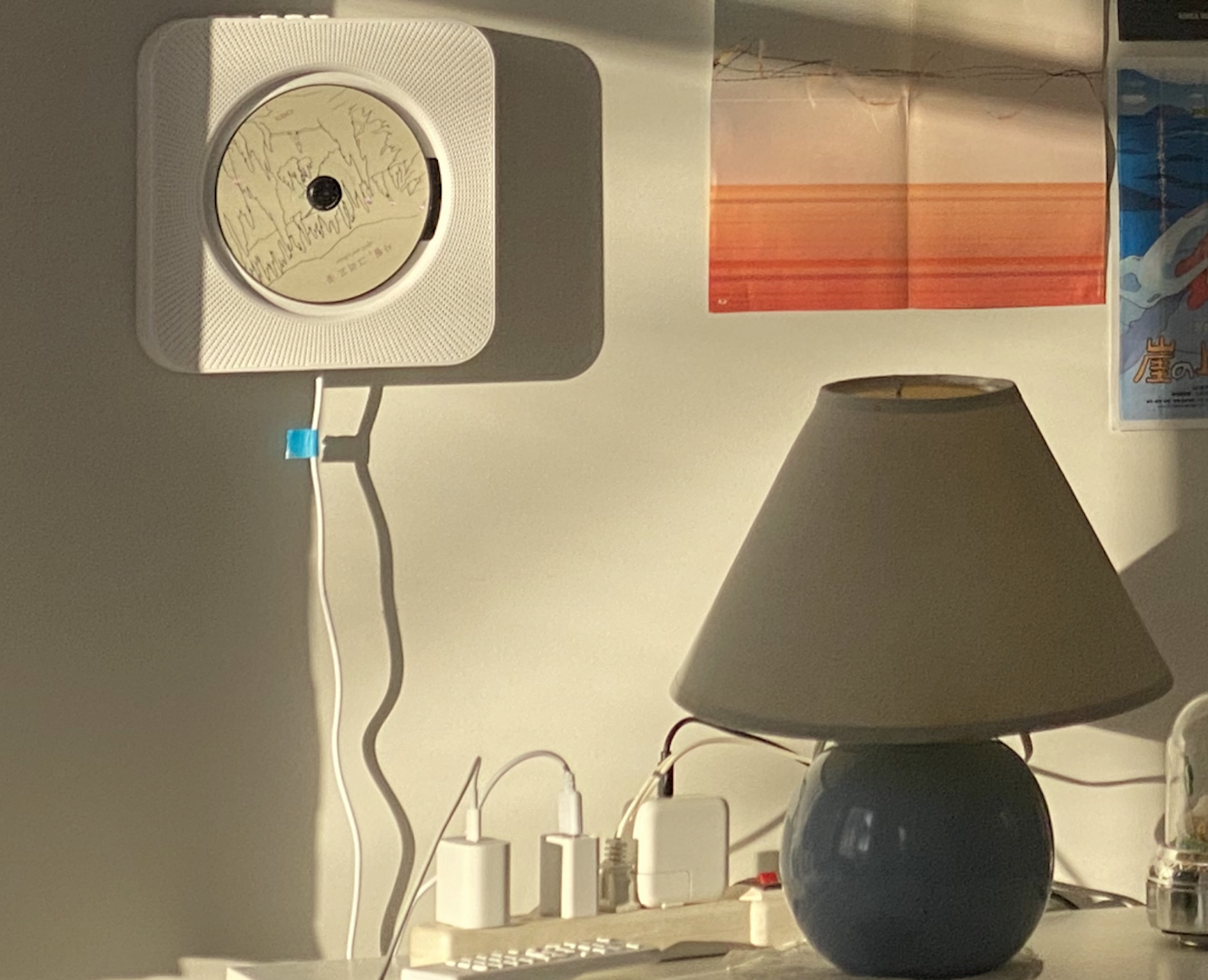 Photo of a lamp and wall art against a light-colored wall, courtesy of author.

I’m not much of a science person but there’s one thing I’ve inherited from being raised by two of them. Everything that has happened in my life, I’ve measured by my quasi-scientific method: If Y happens, it is because of X. This is how I’ve built a fragile version of my could-be success. Trial and error. But coinciding a move across the country and the pandemic has dismantled all my control variables.

For example, switching schools was supposed to be a simple test-- A comparison between my old school in Michigan and my new school in Massachusetts. Would I measure up to the new academic rigor? I’ve yet to find out, six-and-a-half months in. Thank you to the thoughtfully adjusted grading systems, and a heavily-repeated, questionably-enforced “this is a very stressful time and we understand that” sentiment. My grades, which I used to work so hard for and knew that I deserved, have become useless markers of achievement to me now. Would I have gotten these grades if we had been in a normal year?

I met with my guidance counselor this week. We talked about my course selection for next year-- The dreaded junior year. Like almost everyone else, I haven’t even processed the last year, yet I find myself already planning for the next-- What’s next is a heavy course-load that looms over me, asking me if I’m really that smart. If my motivation is enough to endure. I think I am, but I don’t know if I know myself. I can’t trust my ambition with these decisions, especially when I have no reliable measurements of my potential anymore.

II. given the circumstances

For example, I still don’t get enough sleep even though the school day has been shifted more than an hour later than it used to be. I still fail to make my bed nicely every morning, pulling the comforter over everything ought to do it. I still listen to the same songs between every class as my way of de-stressing, as if a song can reset my brain. I still forget to check social media often enough that when I do check it, I get sucked in and waste time that should be spent on homework or literally anything else more productive. I still run exactly 30 minutes on the treadmill in my old Nike shoes and black leggings I haven’t outgrown for a long time. I still meticulously organize the files on my computer, the folders on my desk, my pens in their acrylic cup. I still accidentally take too much time trying to put together an outfit, leaving a graveyard of discarded clothes on the ground for “later.” I still drink two 21 oz. Hydroflasks worth of water each day. I still spend five minutes scrolling through Netflix a day, a search for something worth watching that is fruitless each and every time. I still get stressed about the future even though most of myself is still stuck in the past.

So I would say, given the circumstances, I’m doing okay.
‍

H-Mart, the chain Asian grocery store, has become my quarantine savior. Every few weeks, my family wakes up early on a Sunday morning to go to H-Mart. H-Mart is the periodic respite life has offered me during the pandemic.

Food is one of the main things my family can bond over. Certain types of Chinese vegetables you can’t find anywhere else, new Korean snacks, the Asian bakery-- This is the magic of H-Mart that has enchanted my family. There were no H-Marts in Michigan, and without a doubt, H-Mart has become one of the best additions to our lives since moving.

Every time we go, there’s always some new package on display. But some things stay the same. For example, the banana milk boxes and bottles of milk tea always line the racks under the packaged snacks-- But those snacks on top are often switched out for something new. That’s the fun of H-Mart-- I always get to try some new snack or food while still being able to rely on the basics.