Everything is a blur 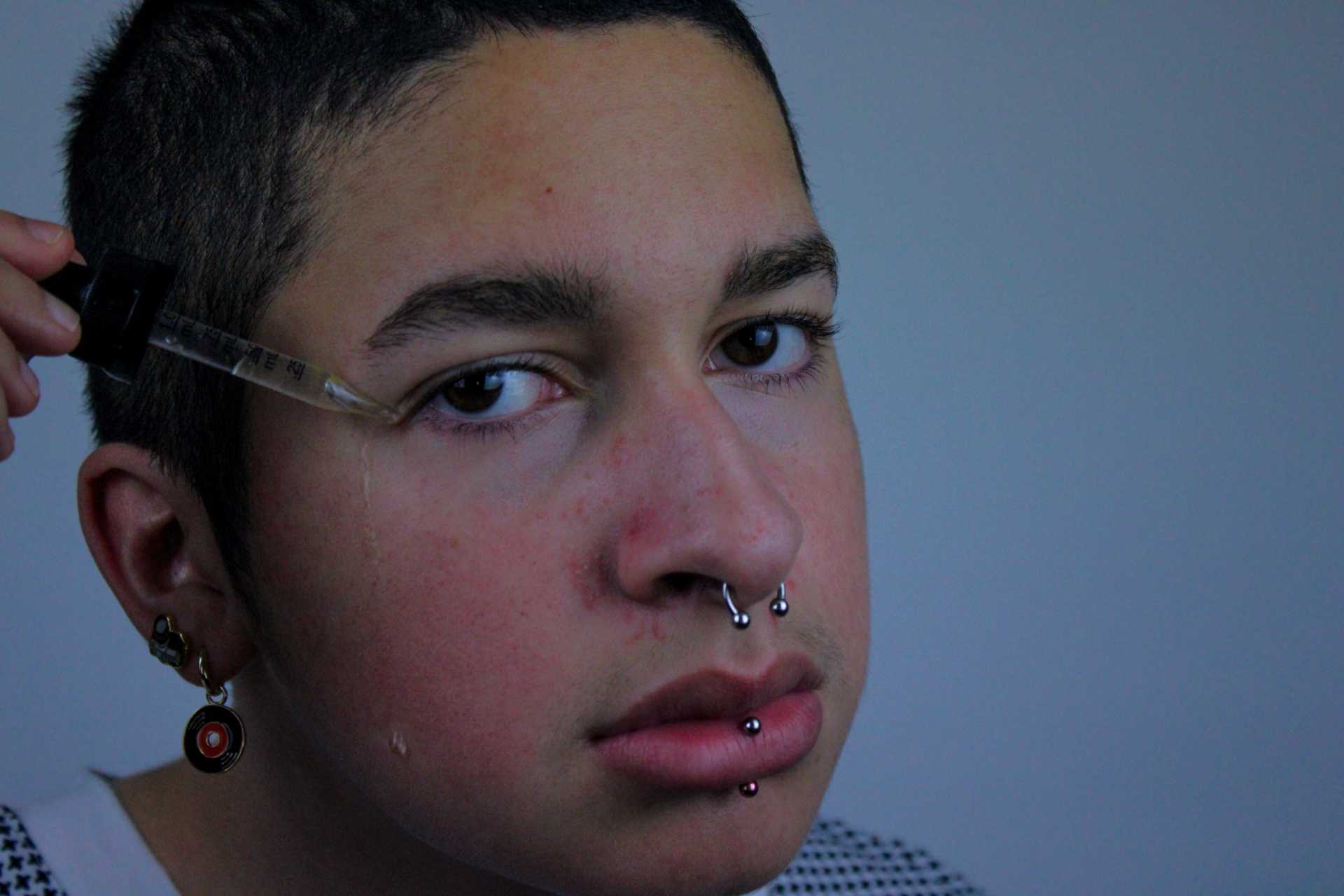 Portrait of DeJesus dripping water as tears with a pipet. Photo courtesy of Nathan DeJesus.

Well this is my first time I've written since the TiP quarantine perspective series and I can’t say i'm proud of that.

I recently got back from New Jersey where I basically lived with my aunt for two months. New Jersey opened my eyes to a lot of things while I was there. I didn't think much about any of the issues that were being challenged within the country while I was there and part of me regrets that. I wish I had been in Boston at the time of the large protests, I may not have ever been discriminated against based on my skin color but I felt I needed to do more rather than just donate and speak up on social media.

Aside from that I also watched a TON of TV while I was there. One show in particular stood out to me called "Love, Victor." I don’t think I've ever had a show affect me to the point of giving me an anxiety attack. It showed me that I'm not living life to the fullest. I’m out and I can say I'm gay but I'm not living the out lifestyle that I could be living. The biggest thing I took away from being in Jersey is that I need change. I've slowly been changing things around me and changing how I express myself and it's been all positive so far, I have had a few homophobic run-ins (a lady in Dedham wasn't down for the pride) but it just proves that life isn't going to be easy and I know for a fact that I'm ready for anything it wants to throw at me.

I’m thinking about this entry being a little more organized than the previous day.

It’s been really difficult trying to come up with ideas that aren't cliché and boring, but you could argue that being cliché and boring is the new normal seeing that our lives have come to sitting in front of a laptop and trying to stay awake.

So in theory ... or I should say, what I tell myself so I don’t feel any different than everyone else.

Everyone else that is also writing these entries are having the same troubles that I am. Although I find that hard to believe, it's hard believing I'm an editor when each and every one of my co-workers seem to have ideas that excel light years beyond mine. You could also argue that being an editor doesn’t put me above anyone and I'd agree. So what do I have that they don’t? These questions float through my head like balloons, one match and they’ll detonate, taking every other thought down with them.  Although I never thought about the fact that at this point, in SJI we’re all the same, all staff writers writing to give voice to the teens around the city and beyond that have yet to discover their potential.

I feel like I rambled on about something that doesn’t need rambling, sorry about that.

I want this entry to show and tell that I and many other teens my age have a stronger impact than a lot of adults, it’s time we start using it to speak up for the people who are facing countless injustices and bring the never-ending excuses as to why our country favors whites into the light.

P.S. sorry i didn’t stick to that whole “more organized” thing, got carried away as usual.

Today feels like a blur, time has been flying by so quickly.

I feel like today is a cry day, a day where I get to release all of my emotions and force myself to cry in order to have a nice reset for the week ahead of me.

This isn't something that’s new to me of course but I certainly know that it can’t be that healthy. Forcing myself to cry out all of the anxiety and emotions that I faced throughout the week? Seems better than talking to someone about everything, it does in my eyes at least.

I work best when I'm under pressure so it gives me such a rush when I'm writing this at 1:50 p.m., knowing it’s due at 2:00 p.m. I’m also a procrastinator so it's a double-edged sword surely. Then I wonder why I have such bad anxiety, my brain is constantly playing tricks on itself. This entry is definitely going to be the bare minimum, I have some important business to get to.

Crying and more crying, it's not real crying either, it’s almost rehearsed at this point but it still has an amazingly therapeutic feel to it. Maybe you should try it, only if necessary of course, it has it’s cons!