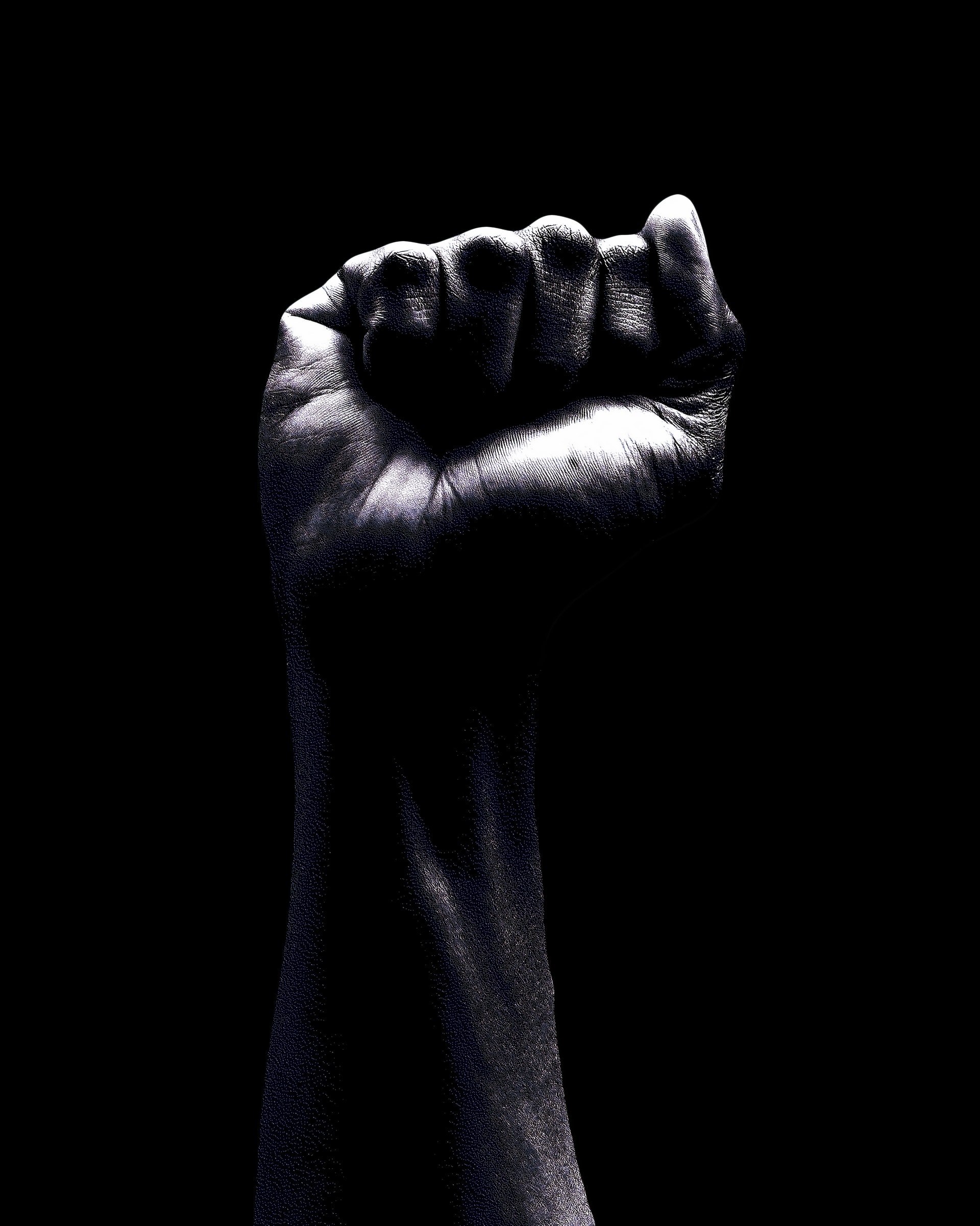 A fist in the air against a black background. Photo courtesy of Oladimeji Odunsi on Unsplash.

In 2018, Marvel released their arguably-most significant film of the decade, “Black Panther.” The movie featured an all-Black cast, except two white cast members who served as minor characters to the plot. The main character, Prince T’Challa, better known as his superhero title the Black Panther, made history as the first Black superhero. Black people around the world filled theaters to see this groundbreaking movie for themselves. It had the biggest debut for a solo superhero movie, ever. However, “Black Panther” wasn’t just any superhero movie-- it was the start of a revolution. “Black Panther” showed Black kids that we can be scientists, mathematicians, soldiers, historians, and most importantly, that we can be superheroes.

“Black Panther” is a prime example of why it is so important for Hollywood to show a diverse cast and diverse narratives to motivate and inspire future generations.

It is so important for Hollywood to show diverse casts and narratives because people feel validated and inspired when they see representations of themselves on screen. For example, Arizona high school student Dazhane Brown told PBS NewsHour, “If you see people who look like you and act like you and speak like you and come from the same place you come from … it serves as an inspiration.” When a young Black man sees himself represented in a movie or TV show in a way that he maybe hadn’t ever seen before (for example, as a doctor) it could inspire him to want that for himself. If people of a certain race are represented time and again as a particular type of character, youth will begin to put themselves into boxes based on that sort of representation instead of exploring outside of that box.

Another reason why Hollywood needs to show diverse narratives is that it has an effect on minority youth’s development. According to Author Nancy Wang Yuen in an article published on Forbes.com, “The ubiquity of racist imagery can have cumulative effects on society. We cannot dismiss the media’s differential portrayals of racial groups as mere entertainment if we take seriously their impact on our youth.” The impact the media has on today’s youth can be detrimental in their development. When Black characters are shown continuously as the basketball player or the ‘thug’ character, it puts a false narrative into young minds that the characters they see on TV and in Movies are who they have to be in real life.

It is also crucial to know what stereotypical roles have been detrimental to the development of the Black peoples’ presence in Hollywood. In the earliest days of integrated Hollywood, actors of color (but mainly Black actors) were given the roles of servants or minor characters that very minimally affected the plot. We see some of these roles in our everyday lives, for example, Aunt Jemima, or the face of Popeye’s Chicken, who is a Southern Black woman portrayed as cooking soul food to make people happy. Because these roles exist, many casting companies only see Black actors as fitting certain types of roles and are not viewed as importantly as their white counterparts. In an article for Variety, Elaine Low and Angelique Jackson reported, “Former “Glee” star Amber Riley remembers the time early in her career when a producer told her that she and other actors of color were ‘a little more disposable because that’s the way the world is.’” This outlook on Black actors is why thus far, even decades after segregation has ended, Hollywood has yet to be integrated to its full potential and show Black and brown people in the light they deserve.

The only way to promote more diversity in films is to support creators who are doing the work. Support TV shows and movies that show people of color with new stories. There are many projects to be excited about, like Lena Waithe’s “Twenties,” which follows the life of a Black, lesbian, masculine-presenting woman as she makes her way through the ups and downs of Hollywood following her dream to become a screenwriter. There’s also Kenya Barris’s “Grown-ish,” which follows a diverse group of Black and brown college students as they find their way through life. It would be best if you also supported movies and shows that tell real Black stories, like Ava DuVernay’s series “When They See Us,” which tells the heartbreaking stories of the wrongfully-accused boys of the 1989 Central Park Five case. Supporting these stories will encourage production companies to make more diversified narratives and help the film industry reach its full potential.