Coming out to religious parents 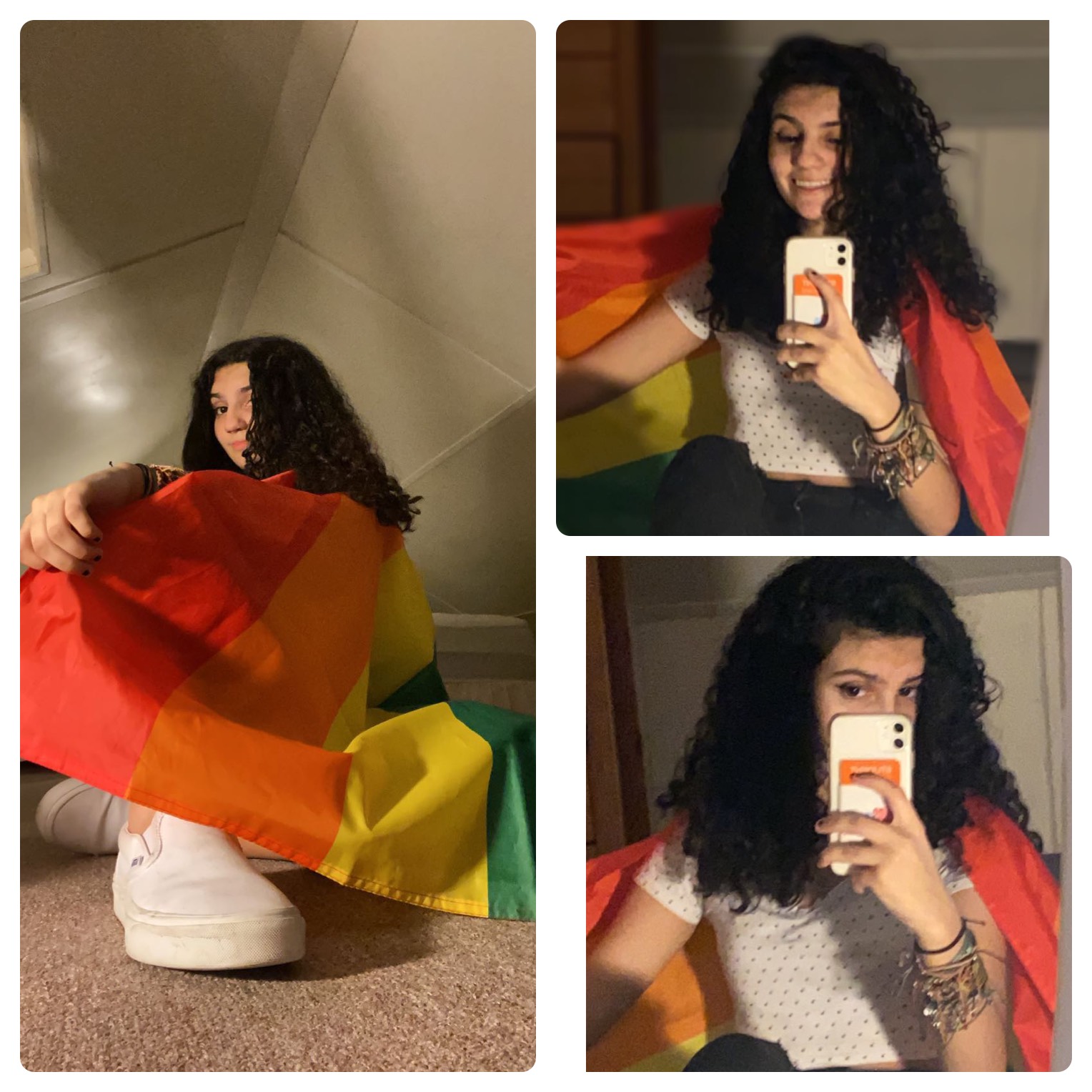 A collage of photos of the author with a rainbow pride flag. Collage by Maria O'Malley.

Coming out may seem like the scariest thing to do. Finding out who your true self is can be scary. At least for me, it was. But it wasn’t saying the word “I’m gay” that was the scariest part of coming out. It was telling my very religious mother.

Growing up, I always knew I was different, but I didn’t really start noticing until fifth grade when all the girls my age would talk about the “cute boys.” They would ask who I had a crush on or who was crushing on who, but I never thought any of the boys my friends had crushes on were cute or even likable. I told myself it was just that I was more “focused” on school when that really wasn’t the truth. Fast forward to sixth grade and I labeled myself as bisexual. I felt that I still had to be somewhat “normal.” In sixth grade, most kids were accepting and a few other kids came out. But of course, some people weren’t and would look at you weird or secretly call you the f and d slurs in their friend groups, but that’s honestly just life. Some people will accept you and some won’t and that’s the sad truth.

After three years of struggling to figure out my sexuality, I finally decided that I was a lesbian. The next step was to somehow tell my parents. I knew telling my dad would be a piece of cake as he’s always been respectful of everyone no matter gay, straight, Black, or white, so I knew I was going to tell him first. My mother, on the other hand, has always been a religious woman, especially coming from South America where being anything but straight was looked down upon. I was always being asked if I had a boyfriend or if I had any crushes on boys. It was always boys, boys, boys but I never felt comfortable talking about boys in more than a friendly way. One day I got so tired of being asked about boyfriends I just came out to my dad in the car. I cried afraid of what he was going to say, but even more afraid of if he was going to tell my mom.

When I got home I ran straight into the kitchen afraid my dad would tell my mom before me. When I did she didn’t understand what I was talking about at first. After explaining that I liked girls my mom said I was “confused” and that “it was just a phase.” When I heard that come out of her mouth my heart dropped. It took so much confidence to say it, just for her to shut it down. She kept telling me that it was against her religion and all the years of me preparing what I was going to say in response just left my mind. I recorded myself coming out to my dad and posted it later that night. And so many of my friends, friends of friends, and even people I didn’t know were so supportive of me and made me feel so happy and full. That day was the day I understood who and what a chosen family is. Not saying I don’t love my biological family, but family is the people who uplift you, who support you through thick and thin, and the people who never judge you.

Although coming out can be a huge weight lifted off of your shoulders, you have to make sure you are in a safe environment. Sexuality is fluid and can change at any time, so never feel like you have to label yourself right away. Take your time and never let anyone stop you from being your true self. Love who you want to love because LOVE IS LOVE.