Colorism exists and it's serious 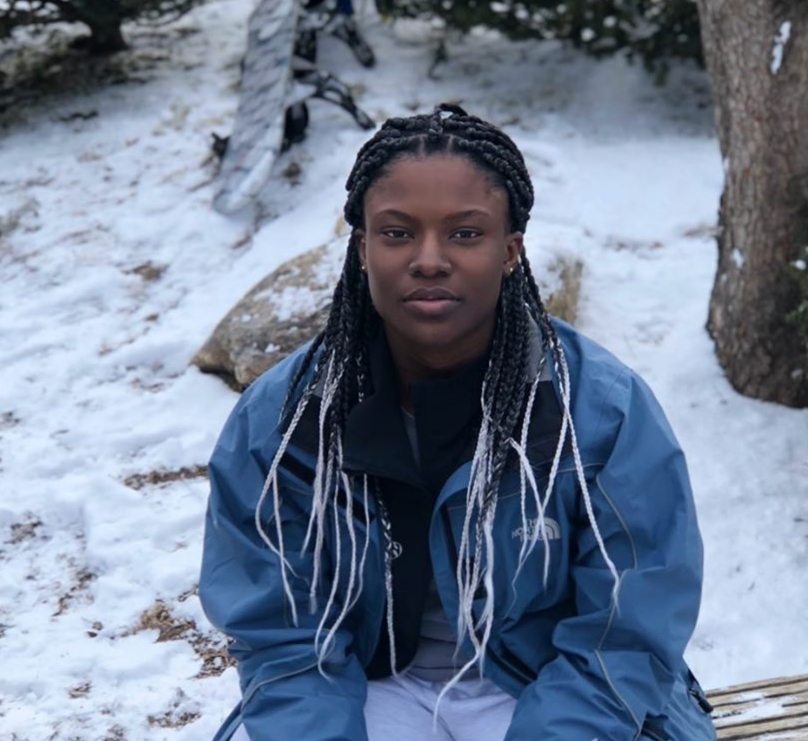 Photo of Bruillant outside in the snow. Photo courtesy of Stacie Bruillant.

Growing up in the Caribbean, in Haiti where most people are dark skinned, I would always see light-skinned people being treated better. The worst part was that most of the time it would be my own family members telling me things like that. This decreased my confidence all the way down.

An uncle who I was pretty close to who was one of them. I used to see him every day except weekends, and we had a good relationship because he is a fun person. But I remember getting called ti nwè which means “little dark” in Hatian Creole. Every time that happened I would feel like I was ugly, and I would feel so uncomfortable at that point that I wanted to cry, especially because he always said it in front of other people. It made me always feel like I was less than everyone else. The most devastating part of it is that other people would think it was normal and laugh at me too, which is what led me to think something was wrong with me.

I also grew up with one of my mixed cousins and we were treated very differently, in the house and outside. She would always get the better treatment. I remember being told I couldn’t have certain food like boxed mac and cheese or ravioli when she would ask for it. I was told that because she's half Cuban she might have other tastes but I was full Haitian so I could only eat Haitian food.

It would always confuse me seeing light-skinned people get treated better than me. I began to think Oh, maybe you have to be light skinned with long and curly or straight hair to be beautiful.

When I was very young people would make fun of me by saying things like, "Why are you so dark?," "You could've taken your mom’s skin color," or "Are you not ashamed of your darkness?" They would laugh by saying these things like it was a joke. I felt so bad about myself at the time; I just wanted to be dead and reborn again as my cousin so I can be treated like her.

At the age of six, I was always saying that I wanted to bleach my skin because I wanted to be beautiful. Every day taking my shower I would wash my body multiple times thinking I would come out lighter. And now that I'm thinking about it, I think this is very sad and nobody should ever go through that. I was determined to bleach my skin once I had money and it broke my heart when I realized that my family wasn't stopping me or telling me that I'm beautiful the way I am. But I still thank God until this day that I never had the chance to start bleaching for real.

As mentioned, growing up in a country where the majority of people are black, I shouldn't be worrying about stuff like that. When I came to the United States, I was expecting it to be worse but it was better, even if there is still a lot of discrimination going on. I have always lived with my aunt and my grandmother, but at one point I think everyone made fun of my skin and it was painful. The only person that I can say never says anything about my skin is my mother, and I really appreciate her for this.

In the U.S., I met people who have gone through the same things as me and they have comforted me and reminded me of how beautiful I am no matter what my skin looks. They really helped me regain confidence in myself. I came here at the age of 15 and it wasn't until the age of 17 that I really started to love myself fully because of the people I've met and I'm so grateful.

To be honest, I feel like if I was still living in Haiti, I wouldn't know what it means to be confident. And I'm not saying that to put my country down because I love where I'm from and I love my family. But in that way, they did not do a good job.

Colorism is the same as racism but towards the same race and it is as big an issue as all the other world issues and people should be talking about it more.

I think mostly people who have experience with it believe it. A lot of people don't believe it because they have never experienced it. It's not a one place thing, it's everywhere.

Before because I wasn't educated enough I thought people were right and something was really wrong with my complexion, but then I realized that they are wrong and no one should experience this.

And now it is my job to make sure others know about it, which is why I'm not ashamed to tell my story as devastating as it is so people can learn and start making changes. It's time for us to start seeing colorism as a real problem. I need this to be taken seriously because this can lead to a lot of other problems like depression, self harm and so on.