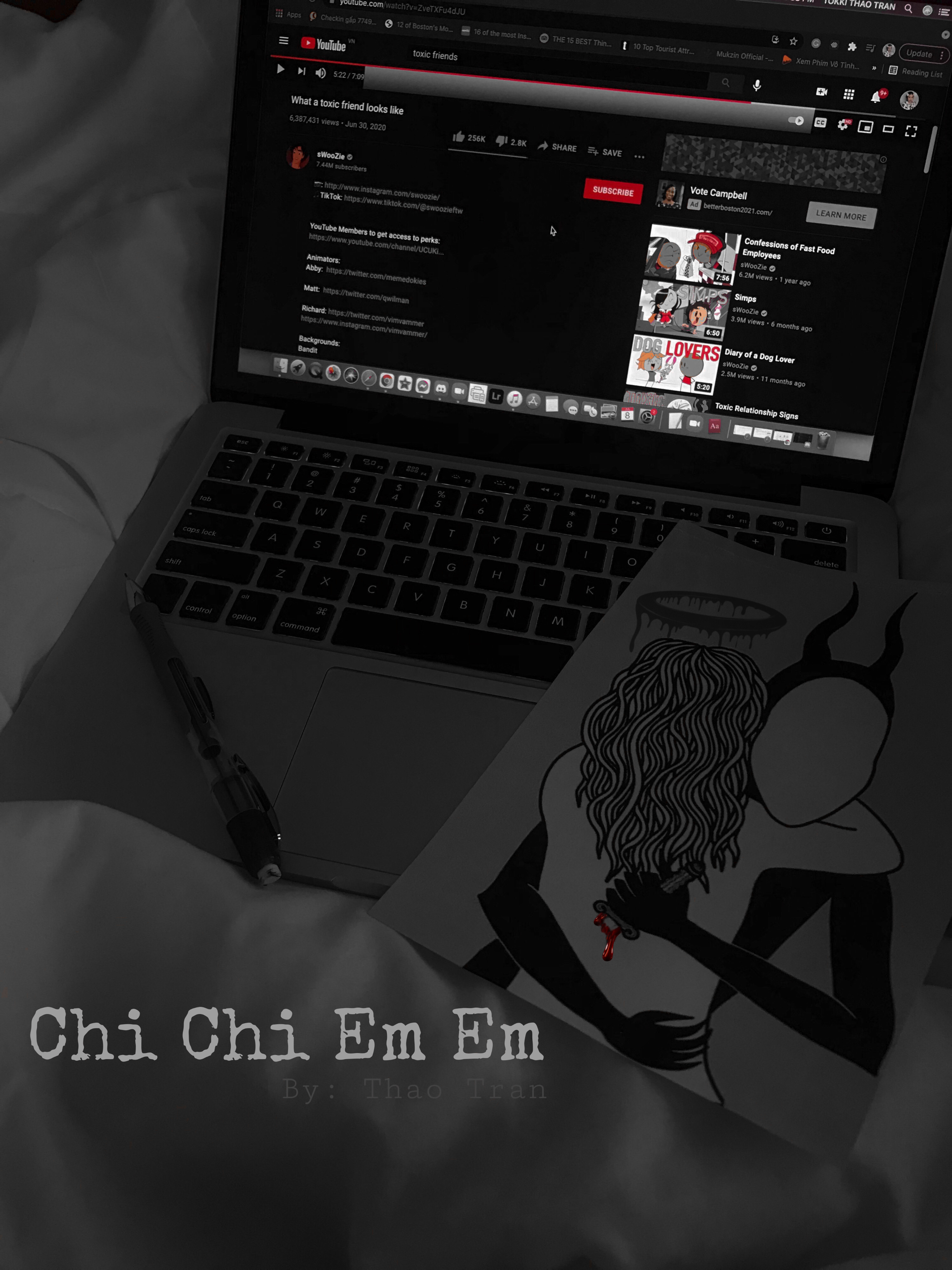 Black and white photo edit of a computer resting on the author's bed, with a print of the devil hugging someone on top of it. Photo and edit by the author.

We all have one “best friend” or “bestie.” I'm sure that when you have one, that person is like a second copy of yourself because they know a lot of your secrets that not even your parents know about. You and your bestie always share secrets, give advice to each other and make each other’s day better. But have you ever had a toxic “best friend”? Well, let me tell you a story about mine.

So we met when I was in seventh grade. We went to the same school, but she is older than me. I don’t want to say her name or how old she is. Let’s call her “Tess” so it's easier to understand. To be honest, I never thought about making friends with her. We are both Vietnamese so we usually speak in that language. At first, we were just normal friends, but she was having a breakdown after ending relationships with her friends. I started to talk to her and comfort her because I “felt bad for her.”

Before starting our friendship, I heard a lot of rumors about Tess: She is not a good friend, she doesn’t pay money that she borrows; a lot of negative things. I didn’t care that much because I thought that if I treated her well, she would be nice to me.

Back in seventh grade, I don’t know what she was thinking but she always tried to find something about me to discuss. For example, Asians usually have that cupid’s bow lip shape, whether it's peaked or rounded. One time, Tess and I were on a bus ride home and she said, “Your lips make you look like a dog.” I responded, “Huh?” I didn’t think about it that much because I was pretty careless.

At the end of seventh grade, as I started to care more about my looks, I began to feel uncomfortable after she tried to take bad photos of me on a number of occasions. Okay, let me get this straight. Yes, sometimes when taking photos of your friend, you won’t be taking good moments of them; it’s not like a photoshoot so it won’t be as pretty as they usually look. I get that, but the way Tess took photos of me is not like that. She took bad photos of me on purpose. It was like she would try to find my worst angle or moment to take photos. Since I was kind of childish, she would always say, “I will upload those pictures on the internet” when she wants me to do something for her. Since I do care about my looks, I just obey what she wants.

I did talk to Tess once about how she always shames me in photos, and I believe that I did stop or at least reduce it. Recently, the same problem happened so I thought about whether I should continue my friendship with Tess. I posted a story on my social media and talked about what I've been through and asked what I should do. Most of the comments said that I should stop that toxic relationship. But, since Tess and I have a close and tight relationship, we have remained friends without any conversation about how I feel. Even though I didn’t talk to her about it directly, I think Tess saw my story and somehow stopped what she was doing. I don’t know if she knows that I was talking about her or not.

Through my story — even though there is no ending to it —  I feel that if you as a reader read this and find yourself in it, I think it's better to end that relationship or talk about it with that person. Being silent like me doesn’t solve anything because that person will never know what is going on. And if you find yourself treating someone the way Tess treats me, then maybe start to think if your friend is comfortable with that or not.

Sometimes jokes can be fun, but they can also be a double-edged sword. One thing that I took away from this friendship is that even the person you trusted the most can be toxic to you and they can give you both good and bad advice at the same time. And after such a dramatic friendship, I have grown a lot. Now I still listen to advice that people gave me but only if it's true and helpful to me. When someone says something that would hurt me mentally, I will try to not be friends with them anymore or just ignore it and live on. Ignore those mean comments because it's your life and enjoy what you like and live on.