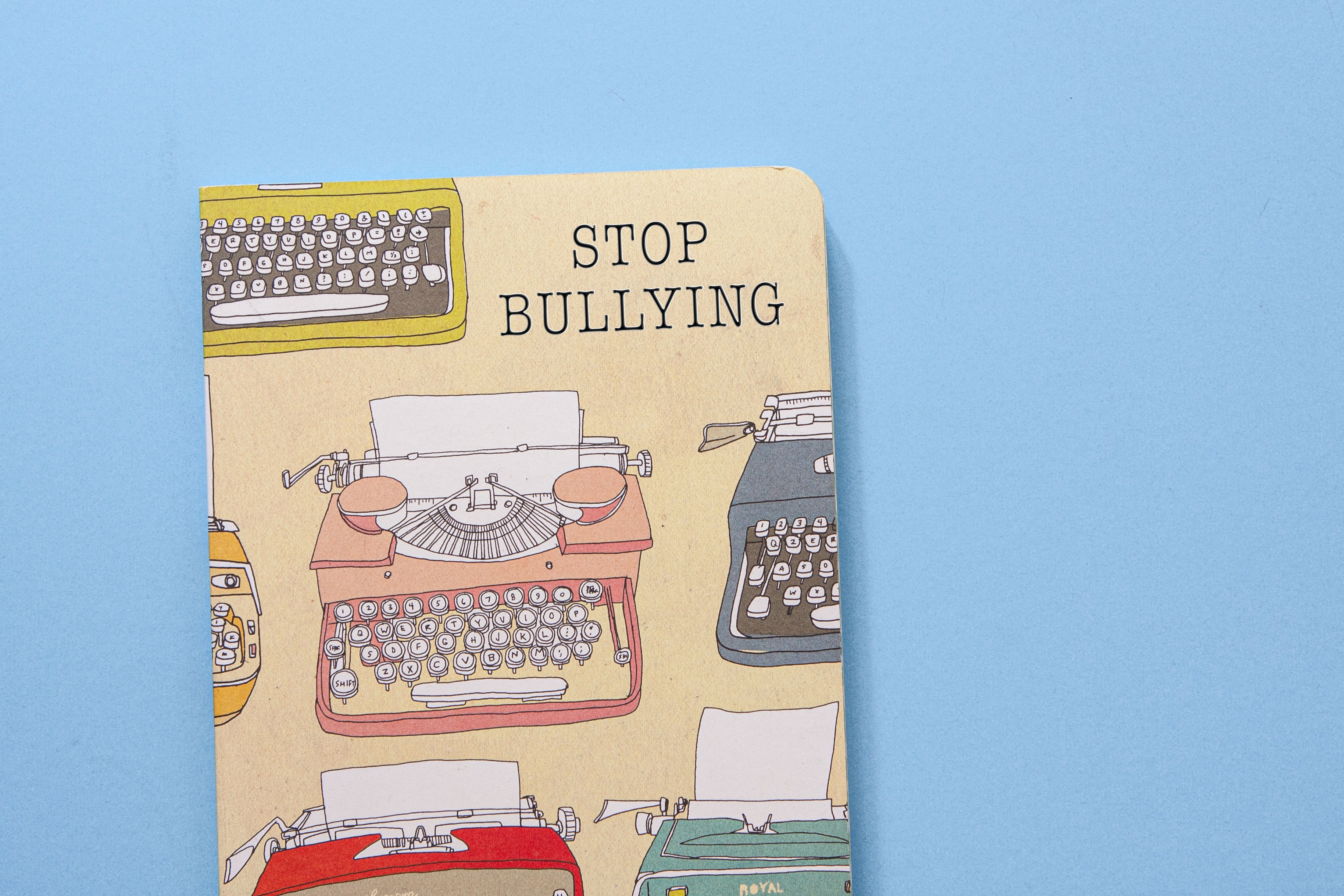 Photo of hand-drawn typewriters on a yellow page, with the text, "Stop bullying." Image courtesy of Dee @ Copper and Wild via Unsplash.

Bullying is one of the struggles immigrants go through when they first come to the United States, especially teen immigrants. I remember my first school year, my first day I was so scared and anxious about going to an American school and not knowing anyone there or how to speak English. I felt like a little kid when their mom leaves them at kindergarten for the first day of school. I wanted to cry and I did cry,  but that day I learned my new life was not going to be easy and I had to confront my fears.

Bullying against immigrants is a serious situation where victims can get hurt physically and mentally and can increase the risk of mental illness. In some cases, bullying can drive people to commit suicide. The psychological effect of bullying immigrants is terrible because people don’t know the sacrifice they have to make to get here, to the United States.

Immigrants are just like other people and just like any other human being immigrants shouldn’t be bullied. I feel this because I am an immigrant. Immigrants are even stronger because they are learning a new language, new culture, and a new lifestyle different from their environment. People should respect others for where they come from, and not bully someone just because they are different from them. Most people who bully immigrants are sometimes children of immigrant parents. Sometimes immigrants have to leave their country because of the violence and war in their countries, not because they necessarily want to, and to save their lives they come to the United States.

One person named Maya Salam who experienced bullying wrote an article for the New York Times called “I Was Bullied for Being Arab. Nine Inch Nails Threw Me a Lifeline,” where she explains in the article how she was bullied: “During my first week of school in Kentucky, in 5th grade, at the very beginning of the first Gulf War, a boy drew a picture and hung it on the classroom wall. On one side was an illustration of me; on the other, the rest of my classmates and teacher. Above my head, in marker, the words 'Saddam Salam.'”

I can't imagine how Maya felt, so unwelcome and confused about this new world to her. I'm sure she came to the U.S to feel free and safe but she did not feel that way. It’s a strange feeling that doesn't fit in “American culture”.

Some people might think bullying against immigrants is not a big deal because they think immigrants don’t belong to America. for the reasons that they don’t speak English or because they are  “illegal” here. like the American political Lou Barletta said: "They don't belong here. They're not legal citizens. And I don't want them here."‍

I think no human in this entire world is illegal. If immigrants don’t belong here why are they still paying taxes? I think immigrants are the hardest workers in America. Nobody works as they do for this country, they just want a better life here in America. is ridiculous when people bully them cause most of the Americans came from immigrant families too.

Next time you think about making fun of an immigrant think about where you come from? How would you feel if that person were you or a member of your family? Is in our hands to make a better America and to make people feel at home.