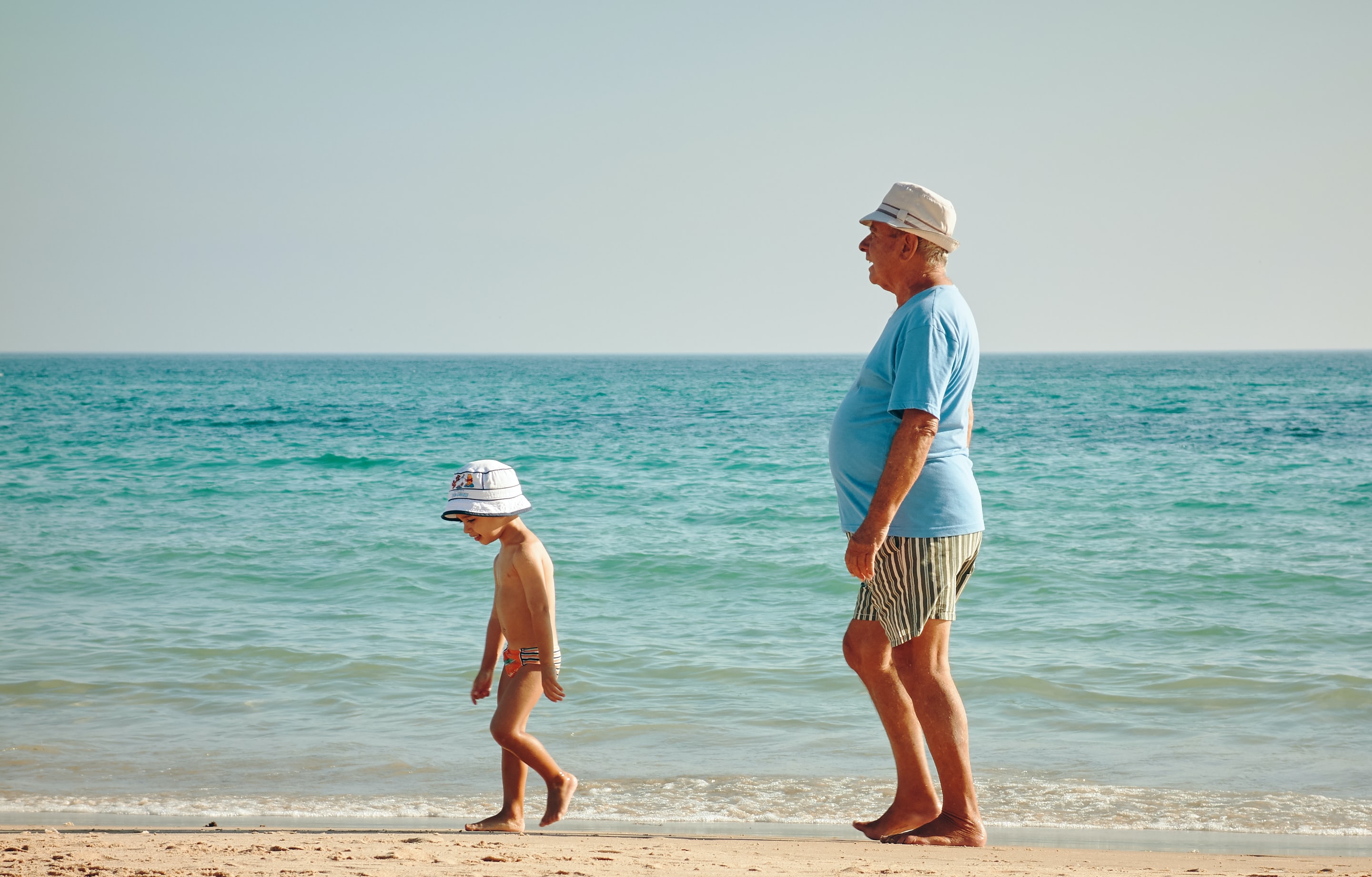 Photo of a child and elderly adult walking together on a beach. Image courtesy of Vidar Nordli-Mathisen via Unsplash.

I ended 2020 with a bang, just not exactly the bang I expected. It’s tough being the youngest person in the room defending a mindset you share with millions of others. It’s even harder when the other people are your grandmother, mother and your mother’s boyfriend. Having conversations with people that have lived a certain way for years is like trying to teach an old dog new tricks ... it doesn't work. Why not? Erecting a wall between yourself and your emotions may have been a good tactic for dealing with issues in the past, but people in younger generations like millennials, Generation Z, and Generation Alpha tend to be very in-tune with their emotions and unafraid to be vulnerable in order to get their point across.

How do we build valuable relationships with people from older generations, whose views may not align with our own? Older people like Baby Boomers and Generation X seem to be stuck in certain time periods and unwilling to embrace change, a trait they’ve passed on to their children. It’s become increasingly more relevant with important social issues coming to light during the Trump administration. From the #MeToo movement to Black Lives Matter, some people in older generations feel that marginalized groups should just stay quiet with the little they’ve been given.

I spoke with Leslie Feiner, a retired teacher and baby boomer, to get some insight into how the older generation sees these issues.

“When [#MeToo] started becoming a thing, I was always surprised,” she said. “The gross things like, obviously assault — anything assaultive, I would always have thought it's horrible and should have been dealt with and managed. But, you know, the sexist comments, or, you know, maybe a touch that lasts a little too long, [stuff] like that. That's just been going on forever. And we always rolled with it. You know, you just suck it up, right?"

The newer generations, on the front line of change, feel disconnected to that older generation due to the lack of shared perspectives. I wanted to know where the disconnect started and why it is that so many older people are hesitant towards change.

“It’s really hard for me to accept that I am of the older generation, because you go through your day-to-day, and you don't really feel like you've changed all that much from the kid you were or the 25-year-old you were,” Feiner explained. “Change is very incremental and slow as you get older … You kind of go through your life bobbing around just taking things for granted. And assuming that the rest of the world sees things kind of similarly to the way you see it.”

You and I would both be taken aback by the world suddenly changing around us. Suddenly the culture we surround ourselves with is deemed disrespectful and wrong, so how do you adapt quickly to being in the right? How do we balance our old knowledge with the new, careful stepping around triggers?

Even with the added difficulty of the changing times, older generations are seemingly stuck within their antiquated views so do we help them gradually change or do we let them fall behind? From Feiner’s perspective, responsibility falls on older and younger generations.

“I definitely think we need to remind ourselves that while we have a certain amount of life experience that is valuable, there's a big world out there that we can learn from,” she said. “I also do think that, you know, older people are shunted aside pretty easily and kind of not accepted and kind of written off. So I think there's that tension ... and I don't really want to minimize that.”

In the end, it doesn't matter if your grandfather slips once or twice and you give a small correction, if he loves you, he’ll make sure not to make that mistake again. And if you love him you’ll be sure to give him time to make those mistakes while adjusting to the change going on around him. Everything is about relationships — when you have healthy relationships the rest of your happiness will follow.