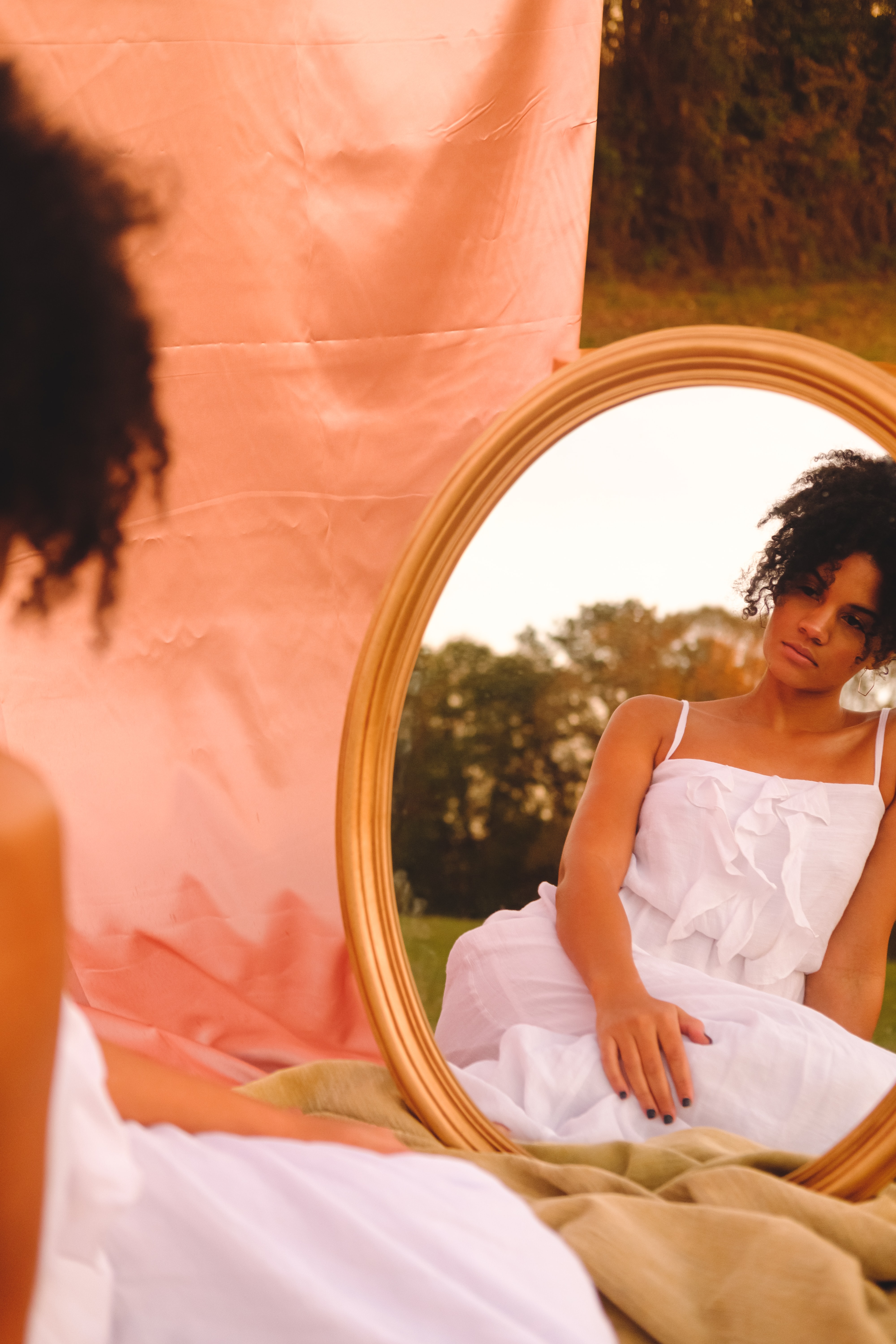 Photo of a person looking in the mirror. Image courtesy of Rex Way via Unsplash.

Nowadays, with the COVID-19 outbreak hitting the world as a whole, the best we can do right now is try to find ourselves. This decision might help people find themselves in this era where being included means everything.

These days, people have lost sight of who they are, and this is thanks to social media pressuring us to be the “perfect” person. Whether that be physically or how we act and present ourselves. In society, if you don’t belong to a group you would be called an antisocial and a lonely person. In school for example, if you don’t belong to a group, you would blend in with the background as a loser with no friends, or a weirdo nobody would want to talk too. Or, you would be a person that stands out and just doesn’t get along with anyone, being alone for the rest of your school years.

However, since nobody wants to be left out, they become a “follower”. Instead of being who they are, and not caring of what others think, they follow what everyone else does, losing themselves in the crowd.

This is an issue because being a follower will make you hide your individualism. Followers tend to take certain paths for the acceptance of others, mainly trying to fit into a certain group or just trying to be somebody else. Social media and celebrities have changed the way of doing things because people used to be pioneers of different styles back in earlier generations. People back then, unlike now, had different breeds of styles and things that they experimented with. Nowadays it’s more common to follow somebody else’s style and keep it going. It looks like the newer generation has grown to be “scared”  of individuality rather than using the platforms provided to us to be ourselves. An example of this would be gang violence. Most people that are involved in gang activities are the same ones looking at other people online doing it and taking examples from them.

But this is not a rant on people and why they’re not “themselves” anymore, rather why it should be important to us as an up and coming generation of young adults to be more of us rather than what others may say we should be. Integrity and individuality should be the most important things for us thanks to things moving forward to a space that we’ll need to be more by yourself and work on your own.

Being you is most important now, with this pandemic, we have more time to find what's lost over time and see life from a different perspective, maybe doing meditation and look deep into what you've been doing during the time you haven’t checked on yourself.

Knowing your self-worth and figuring out your value are great ways of moving forward on this journey of being yourself, even more so when people are so deeply involved in somebody else’s thinking.

We could take examples from an article written by Brianne Hogan titled, “How to be proud of yourself (and why is so important).” This article, as the title says, talks about the importance of being yourself. Hogan talks about the things you should value in different categories like your self-worth, your personal values, things you are already proud of, and your goals. Hogan also gives us great examples of what to value and how to feel good with things.

More like talking about things that should move you forward, but this info could be more relatable if we had more examples. For that, I found another article, this one is named “How to Feel Proud of Yourself (and Why It Matters).”  This article is focused on an realization that the writer Itxy Lopez went through as she read the situation of a psychotherapist in Toronto. The psychotherapist, Nicole McCance, said “[When] You deprive yourself of feeling happy, proud, empowered and strong… This can cause general dissatisfaction about yourself and life in general. It can be a vicious cycle, one of striving to get somewhere but when you are there you don’t feel the happiness you expected.” Lopez went on to say, “If you don’t take time to celebrate what you have done and the steps you’ve taken, you’re always going to be striving for more. All of us know from experience that when you do that, you find you’re never happy… While you should remain hungry, there’s nothing wrong with leaning back against your chair to enjoy a sip of water before diving back in again.”

Even after showing these examples and others’ experiences, many people may go against the idea behind “being yourself,” thinking that everything they do is under the impression that they are following their own desires. This is something that most people tend to say when they are faced with a topic like this. People tend to turn very aggressive and start to argue the “why” in the way they act.

I also understand that there’s people that truly do things following what they feel it’s right, but most people follow what others believe. That’s seen when someone tries to emulate what others do. It can go from being  a simple thing like following somebody’s footsteps to something really bad like adapting addictions from somebody else.

We’re always influenced by someone else, but at the same time we do things at our own pace that’s why we have different results, but when someone tries exactly do things like another person, that’s when somebody ends up going out of their way to try and be someone else. Cases like that lead sometimes into atrocious consequences. Following somebody else’s path may sometimes work, but it can be a way of destroying things that you may have built until that point, that decision could possibly lead someone into losing everything and everyone. All of that just for following another person’s ambition.

To sum things up, most people should try to be themselves and make decisions on their own, that can be a life-changing decision. I say that being me rather than someone else has helped getting through a lot of different situations and personal falls. Being me is what has gotten me through these days during the pandemic and even before.

Yes, sometimes it may be easier for people to just try to be someone else and just avoid being who they are because they’re not “happy” with it. But at the end, a decision for people to embrace themselves it’s a challenging one to make when someone has lost themselves for a long time. But why not try and change for the better. Maybe that could make us a better society in general.