A tale of two "hobbies" 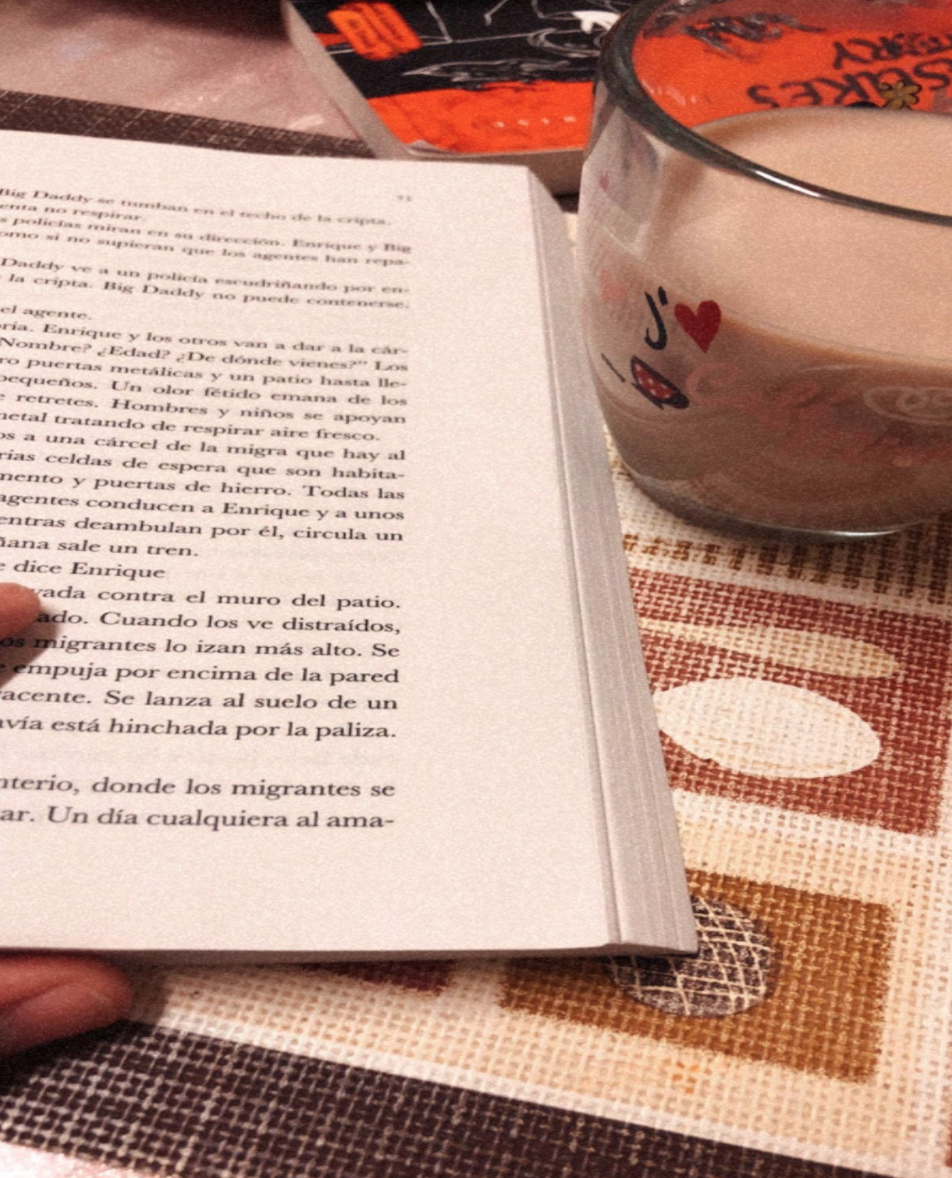 An open book with words written in Spanish next to a drink in a clear glass. Photo taken by the author.

I’ve watched anime since I was 5 or 6 years old. It became a staple in my day-to-day life and it’s a thing I would never stop doing. Anime was considered weird around my group so I didn’t say anything about it until I met other people who also shared a love for it.

I learned a lot from watching anime. The first ones I ever watched, “Dragon Ball Z” and “Naruto,” showed me a world of creativity. Even though it was very imaginative and unrealistic, it also grasped my attention. Later on, I learned of others such as “Attack on Titan” and “Death Note.” Even though they had unrealistic features, they still had this sense of reality. They made me open my eyes to learning about things rather than just researching on the surface. Also, I understood that anime can range from so many genres. It was like coming into a new world every time I finished one and moved on to the next.

Even in real-life situations, anime has helped me be a better person who can understand real-life situations. For example, as a young kid, I would fight for any reason and with anyone. Over the years I learned that there are other ways of winning over someone besides physical battles.

Anime made me who I am and it was something that made me happy because of how entertaining it was and how the stories played out. Following a story and its characters, developing ties with some of the characters, seeing their hardships and victories until the show reached an end, made the experience even greater.

But, there’s something that also made me grow up to be different from what I saw “me” being. I realized there was something I was really good at, and that was writing.

I didn’t show anyone that I enjoyed writing because it was just a hobby rather than a passion. This all changed after moving to this country when I was in the ninth grade. I wasn’t friends with anyone and watching anime would only distract me so much. After I listened to the song “Dreams” by J. Cole I was moved to write again. This song, and also my teachers from my theater and physics classes that year, were supportive of many of my ideas. Honestly, without their help throughout that school year, I probably would have never gone back to my writing. I would not have seen writing with as much passion as they did if they weren’t my teachers that year. I had a great relationship with them, even outside of class. My science teacher helped me in a more personal way thanks to us both being Latinos and coming from a space where we both went through similar things when we arrived in the U.S. This man was a great role model and a person with a likable personality. Just being around him was fun. My theater teacher was a person who also helped me get by. They were very supportive and taught me how to write a script and many things involving theater. Both of these individuals still mean a lot to me even though they’re not my teachers anymore. I hold a lot of respect for both of them and forever will. I’ll never be grateful enough for this.

During the summer of 2020, I worked for ABCD’s SummerWorks Program. That’s when I first started researching Japanese mythology, the history of many creatures, and the mighty characters within these stories. Watching and reading such magnificent storytelling with such an entertaining aspect opened my eyes to creating my own stories. But I had no real characters of my own that inspired a balanced story because all of these stories were the tales of gods and mighty creatures. There’s nothing really humanly possible within these tales. Then, I remembered, what is something that’s still based on these stories but has a human-like approach? That's anime. I looked behind the inspiration for the anime I knew and loved since my early life and discovered “Dragon Ball Z” is based on the story of “The Monkey King” from a classic Chinese novel from the 16th century, “Journey to The West” and “Naruto” is inspired by Yokai (supernatural creatures and phenomena) and it's also heavily influenced by Japanese mythology, Shintoism and Confucianism.

While creating my story, I researched many Japanese and Chinese teachings and beliefs such as Buddhism. I also searched the great eras of Japanese culture such as the Edo or Tokugawa period. I saw myself learning from a culture and a country that I have indirectly known about and loved since I was a kid. Writing these characters was the best thing about my summer, not necessarily because I was creating my own story, but because I was combining my two favorite things together to create something new. It felt like I was paying tribute to my favorite writers in a way, taking examples from the anime I’ve watched throughout my life to create characters of my own.

Writing is different now because I could always represent my emotions and write things that talk about me indirectly, but now, I create new things and make my emotions be felt through a long story and characters while showing my love for anime at the same time.

I might find more people like my teachers who will inspire me to write more. It’s funny how these two passions of mine that both started out as hobbies and things I did for the fun of it, have now become such a proud achievement of mine. Being able to put the things I love doing and watching together is something I’m very proud of. I don’t know for sure but, I believe this could be the beginning of my journey.