A sustainable future is imperative 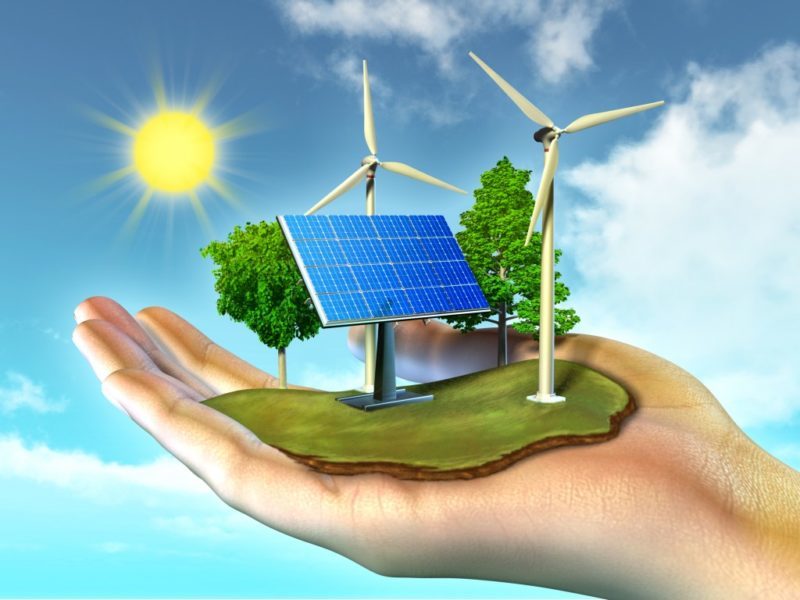 A hand holds a small field of solar panels and wind towers in its palm.

My name is Maxwell Hughes, and I am a soon-to-be freshman at University of Massachusetts Boston. This past spring, I graduated from Boston Latin School, and while I may have taken many classes throughout the six years I spent there that interested me, no other class drove home it’s subject matter harder than Environmental Science.

In our ever-industrializing modern world, it’s easy to ignore the negative side effects that our ways of life have on our home. An ever-increasing demand for food to sustain the growing global population, harmful animal agriculture, depletion of natural resources and the misuse thereof, all contribute to the degradation of our climate and the steady loss of the natural splendor and diversity of our planet.

One of the biggest ways we can help reverse, or at the least help stall the slow poisoning of our ecosystems is to make the switch to sustainable methods of obtaining energy. Massachusetts is already one of the leading states when it comes to our production of energy from renewable sources, and our overall energy efficiency, but this doesn’t mean we cannot do better. If we want to reach a future where the wellbeing of our globe for the next few million years isn’t a gray area, then we must strive for more.

Massachusetts has access to many different sources of renewable energy, some of which we have invested in, and some which we haven’t. For example, as of 2019, our installed solar capacity in Massachusetts has reached 2,572MW (MegaWatts), which largely surpassed its goal of 1,600MW by 2020. However, the goal we have fallen far short of, which is very surprising to me, is our lack of investment in wind power.

It’s no secret to people who live in Massachusetts, but more specifically in Boston and areas near the coast, that we have constant wind to deal with…so why not harness it? In 2009, at the same time that we aimed to have 1,600MW of solar by 2020, we expected to have more wind power, projecting a figure of 2,000MW by 2020. And yet, as of the end of 2019, we have a mere 113MW capacity of wind power installed.

Massachusetts has earned the reputation as the bay state… We have easy access to major offshore wind power, yet we’ve not followed through with installing these offshore wind farms. For example, Cape Wind was an excellent idea, and would have contributed a massive 450MW to our installed wind capacity here in Massachusetts, nearly increasing it five-fold.

We must start lobbying for the federal government to supply us with more funding and increased research to support any and all projects that will help us in obtaining a sustainable future. I applaud you for the work you’ve done so far, because we are the leading state — we are doing well in comparison to the rest of the country. But I implore you to do more. We need to do more… when it concerns our environment, it’s no longer a question of how long until we need to, but rather of how soon can we save ourselves from doing irreversible damage to the ecosystems of the planet and all its inhabitants, including ourselves.