4 Anime you should definitely watch 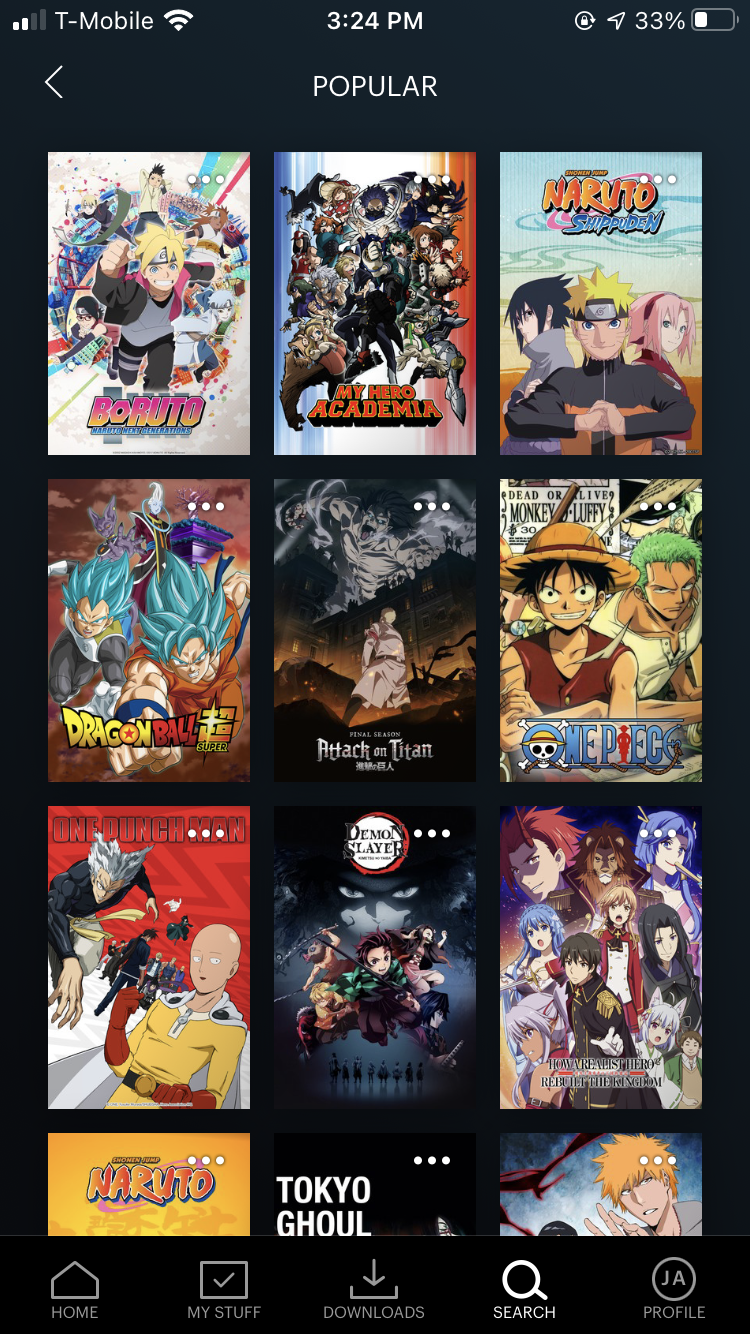 Photo courtesy of the author.

I started watching anime when I was about 14 when it came on at night after Cartoon Network was over and Adult Swim came on. I guess we could say I wasn't the type of kid to go to bed early even if I had a curfew. The first animes I watched were “One-Punch Man” and “Naruto.”  People around my household and in my family were already watching it and I got into it too. Here are some anime I suggest you watch to make the experience of getting into it that much better, especially if you're a first-time watcher. You know this is going to be good because there is no top anime to get you started, just four I highly recommend. Enjoy!‍

If you’re brand new to anime I suggest you pick up “Naruto.” “Naruto,” tells the story of a boy named Naruto Uzumaki, a young ninja who dreams to be a Hokage in the future and be recognized by his peers. Naruto is the blueprint to smaller anime such as “Hunter x Hunter,” “My Hero Academia,” and “Jujutsu Kaisen.”

Naruto's group is “Team 7” and it consists of Kakashi, Naruto, Sasuke, and Sakura. The structure is a teacher and his three students. Naruto is so great that other animes copied this model. For example, the anime “Jujutsu Kaisen” has a guide and three students. This isn’t the only thing that caught my eye. In “Jujutsu Kaisen” a character wears a mask over his face in a similar way to Kakashi. Also, both main characters, have little demons inside them.

Naruto will make you feel comfortable with watching other anime because a lot of anime have a little part of Naruto in it. This is why I highly suggest that you watch it!

One of my personal favorites, “My Hero Academia!” MHA tells a story about a teenage boy named Izuku Midoriya, who is determined to be a hero but with no quirk. A quirk is a superpower that is typically inherited from parents. While on the road to becoming a hero, he must learn what it means to be a hero first.

I recommend this anime because all of the characters have room for character development and you get to see all the characters grow, not just the main character. This is important because the story has more than one layer to it. Once you watch anime with layers to it, it's hard to find a bad anime. For example, an anime with little-to-no character development is “Kakegurui.” In this anime, in my opinion, none of the side characters grow from their overall original mindset (besides one of the main characters, Ryota) and that makes it really tough to watch.

One of my favorite MHA characters, Katsuki Bakugo, has one of the best and greatest character development At the beginning of the series, he was so reckless in his training and didn’t care who he hurt while doing it as long as he was above his classmates. In the beginning, Katsuki was ready to blast Deku without a second thought even if it hurt himself or others. In the most recent seasons, Katsuki was actually protecting his classmate Jirou. Katsuki is now more in-tune with his feelings and example of the great growth these characters experience. ‍

Getting comfortable? Well, don’t! I highly suggest “Attack On Titan” just as much as the other shows. Attack on Titan is about human-like giants who attack and eat humans as soon as they get the chance. During all this, humans have to fight, not only with the titans to stay alive but with themselves to save humanity. The reason I suggest this anime is because it teaches you not to get comfortable with the characters. It prepares you for other heartbreaking moments in other anime when your favorite characters die.

Connecting with characters is very important when getting into a show because it helps you understand the perspective that certain characters are coming from. While watching Attack on Titan, you will have that connection with the characters because they are relatable; they act as modern-day humans would if they were in the same situation. Then, when that connection is gone, you have to use that connection you had with them to see how their presence affected the show and how it still affects the show with them gone, which is the best feeling ever!

If you already like AOT and love it, I also suggest you watch “Akame ga Kill!”‍

Last but most definitely not least, “Hunter x Hunter!” This anime is definitely on the must-watch list. “Hunter x Hunter” is about a young boy named Gon. Gon wants to follow in his father’s footsteps and become a Hunter. Hunters are elite members of humanity who are capable of tracking down secret treasures, rare beasts, or even other individuals. They have access to locations regular people do not. While on the journey to become an official Hunter, Gon wants to find his father and reunite with him, of course, with the help of his friends. What will happen next? Only the future could tell… just kidding, I know, but I’m not going to tell you because I want you to watch it. The reason why I recommend this is because this anime’s power system is so complex, it makes it easy to watch other anime, and more comfortable.

Hunter x Hunter makes the Naruto power system and any other powers system in anime look like a piece of cake to understand. Watching this anime will help you not be so intimidated by other anime in the future, which makes it more rewarding to watch.

Now that we have reached the end, turn on that phone, laptop, or tv you have and start watching. “Naruto”, “My Hero Academia”, “Attack on Titan”, and “Hunter x Hunter” are here to help heighten your experience. By the end of your journey of finishing these four Anime, you will not be able to deny how many doors it will open for other animes you watch. I'm happy that you decided to join the anime community and hope you enjoy the suggested anime as much as I did.